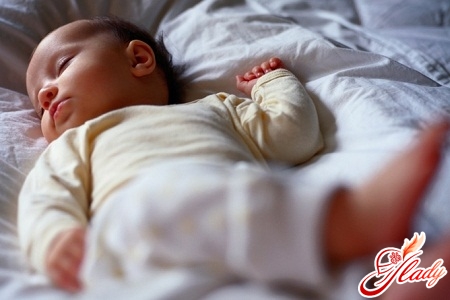 The one who saved one life saved the whole world (c)Probably, any of us at least once in my life heard the expression "Children are flowers of life". To some extent, this is true - any child is like a flower, as beautiful and fragile as it is. All parents try to protect their children from any scourge. However, to great regret, the disease does not ask permission from either mother or father, but simply comes and declares itself. And sometimes babies are trapped by extremely serious diseases and injuries, which endanger not only the health of the little man, but also his life. That's why all parents need to know the basics of first aid so that even before the arrival of an ambulance brigade they can help their child. In this article we will talk about a phenomenon such as stopping breathing. Very often, it depends on how quickly and how correctly the help was given, it depends on whether the child will live. Of course, at first glance it may seem that this information will not be useful to you ever. Maybe so, and this is to be hoped for. However, remember that no one is immune from accidents, and, at the end of the day, at any moment of absolute any child can overtake such an attack as stopping breathing in a dream. Doctors distinguish three main groups of causes of sudden cardiac arrest and respiratory depression in children: respiratory, accidents and all others:

When aspirating the child's respiratory tractoverlap with a foreign object. Simply put, this happens when the child choked on something. Small children have a habit of pulling everything in their mouths, so they can choke up not only food, but also small objects - eyes from toys, small parts of them, buttons and the like.

Syndrome of sudden infant death or, asit is very often called "death in the cradle". In this case, the child dies just like that, for no apparent reason. Annually about three tiny out of every hundred thousand babies mom and dad find in their cribs lifeless. The most common cases of sudden infant death occur between the ages of two and four months, and that is characteristic, mainly in the winter. The syndrome of sudden infant death is a nightmare of any mother, because all heard about this. And of course, every mother knows that sense of anxiety for her child, which a woman experiences, regularly listening to the sniff from the crib. Unfortunately, for such a phenomenon as stopping breathing in a dream, treatment is not relevant.

At a bronchial asthma at the child there is a strongest spasm of bronchial tubes. And if at the moment of an attack the child does not receive the medicine necessary for him, a stop of breathing may come.

In addition to respiratory aspirations, the reason forstopping breathing can become a variety of accidents. No matter how carefully parents are not watching their child, everything is simply impossible to provide. And no one is immune from accidents. Stopping the heartbeat and breathing may result from the drowning of the child, road accidents, severe intoxication. The principle of stopping breathing and circulation in children is slightly different than in adults. For adults, it is characteristic that the heart stops primarily, usually due to arrhythmia or ventricular fibrillation, and only then does the respiratory process stop. In children, on the contrary, the respiratory process stops first. And only then, as a result of rapidly increasing hypoxia, there is a development of the deepest acidosis, bradycardia. And only after this, the circulatory process stops. For children, a much longer process of extinction of all vital functions is typical than in adults. This feature significantly increases the chances of saving a child's life - cardiopulmonary resuscitation in children is often much more effective than in adults. However, there is a negative side to this feature - the child is much more likely after a clinical death to face various persistent functional disorders, especially neurological ones.

Rules for cardiopulmonary resuscitation in children

So, the baby stopped breathing. Parents should immediately call an ambulance brigade and begin resuscitation. Cardiopulmonary resuscitation in children is carried out as follows.

Before starting resuscitationmeasures, you should make sure that the child's airways are free, and if necessary, clean them from foreign bodies, or, sand, blood. Also, one should not forget about the sagging of the tongue, which significantly reduces the patency of the airways. In the event that the child has a tongue fuse, you just need to tilt the child's head back - while the lower jaw crumbs will move forward and the tongue will release the airways.

After you clear the airwaybaby, check if the baby has recovered from breathing. Listen carefully to the breathing of the child, watch the movement of the abdomen and chest. Very often the restoration of airway patency is sufficient for the resumption of an independent respiratory process. However, remember that cardiopulmonary resuscitation, if necessary, should begin as soon as possible, therefore, to determine whether the independent breathing has recovered in the child, you have no more than 5 to 10 seconds. With the artificial ventilation of the lungs in young children, there are some nuances that must be taken into account so as not to harm the child. And the most important of them is the small diameter of the respiratory tract in the baby. Because of this, the child has a very high resistance to air falling into the lungs with artificial respiration, because of which cardiopulmonary resuscitation can be difficult.

Try to determine if blood circulation is disturbedat the child, or not. To do this, you need to determine whether the baby has a pulse or not. Pulse on the brush in children, as a rule, only a specialist can find. It's much easier for parents to look for it on the kid's neck. Or just put the palm on your chest - if you have a palpitation, you will feel it. If the pulse is OK, then continue, if necessary, carry out artificial ventilation. If not, you need a comprehensive cardiopulmonary resuscitation.

The child needs to be put on his back,so that nothing falls under the back of the child, to avoid injury to the spine. After the child's airways have been cleaned, one can proceed with artificial pulmonary ventilation. If the assistance is provided to a child who has not reached the age of one year, the adult person should grasp the mouth and nose of the crumb with his mouth. Older children need to pinch their fingers with their fingers and cover their mouths with their mouths. After this, place the palm on the chest of the child in such a way that the fingers cover the nipples on the left breast. Your movement should be sharp, jerky, jerky. Each inhalation should have three pressure on the heart. So, in a minute you have to do twenty breaths and about sixty pressure. It is extremely accurate to carry out heart massage for the youngest children. They pressure on the chest should be made with the tips of three fingers, to avoid fracture of the ribs. Of course, this is an extreme option, but if this is the case, do not blame yourself - because the rib will heal, and you have saved the most precious thing that can only exist - child's life! We advise you to read: