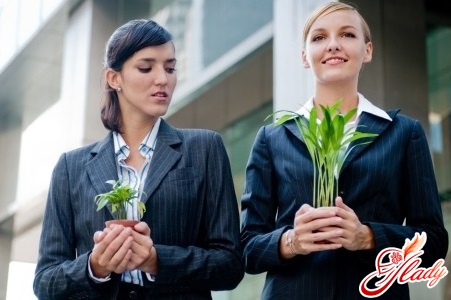 Let's talk about feelings, more precisely, about feelingsenvy. Surely, you also encountered other people's manifestations of unkind attitude, and you yourself fell into the power of this emotion. It is believed that envy is a negative feeling that destroys from within its carrier. But is this really the case? And what if you are jealous, and do you want to stop it?

On the nature of envy

First of all, it is necessary to understand what you areyou deal. In general, many people have a very distorted view of envy: it seems to them that this "animal" comes only when others are getting better, and it is impossible to do without it. However, it is not. Envy is a feeling that arises, on the one hand, in a selfish person, and, on the other hand, possessing a low self-esteem and various inferiority complexes. Experiencing this state, one does not want to develop at all - it is much better if the object of envy is humiliated or crushed. Envy is a complex and complex feeling. That is, in her experience there are certain stages that unfold over time. But since during the growing up we have forgotten how to listen to our inner voice and experience feelings in fullness, all this is not realized by us. Where does the experience of envy begin? With a sense of lostness. It pierces a person at a time when he sees that someone else is doing better than him. There may be concomitant thoughts about your own insignificance, that you can not be seen. After this comes the feeling of grief for the living. A person begins to doubt himself and his way of life. He does not leave the thought that he was left alone, and other people seem to exist in another world. All this manifests itself in the experience of loneliness, emptiness and own insignificance. Naturally, this is followed by anger and insult. "With what kind of attitude to me is this attitude, but you are doing so well?" - the envious thinks and begins to analyze the situation. It seems to him that when he himself comes to the place of the object of his envy, justice will be restored: he will be given the deserved attention and honor. But for some reason he does not get anything, and resentment comes, and at all at once, including himself. Aggression is transferred, as a result of which a person thinks that he is bad and miserable. Thus, as a result of envy, you lose yourself, your value. This is the feeling of an offended and lost person. By the way, envious people and those who are envious, are attracted to each other like magnets. This is due to the fact that most of all they all have problems with self-esteem and their place in the world. There is a type of people who deliberately cause envy in others, as only this gives them a sense of importance and fulfillment. Therefore, if you are jealous, you should think: but do not you provoke others to this feeling?

You have already realized that envy is a complexfeeling. However, the topic is not exhausted: among other things, there are different types of envy, which actually differ from each other. What extremes can a person fall into?

In everyday life, it is common to divide envy into "white" and"Black". The latter is manifested in the desire to harm the object of this feeling, and the first - in the desire to improve themselves and their own lives. Only in reality this border is so ephemeral that a person can easily move from one state to another. Unfortunately, pure "white" envy is rare, because it is difficult to stay in it - it's much easier to "fall" into aggression towards another. 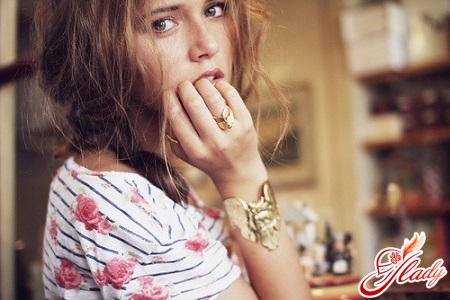 If you are envious, you tend to feelitself is not very good. It's only from a distance it seems that it's great to be in such a peculiar spotlight. In fact, envious people always in one way or another pull energy away from someone who is envious. Therefore, it is very strange to desire this. But in order to get rid of this, it is necessary to understand the causes that cause envy. There is an opinion that envy is a useful and preserved feeling as a result of evolution, the same as aggression or fear. It seems like it should push us to self-improvement. For example, the one who is worse hunted, next time will be more stubborn and diligent. Or he makes his best guns. But in this case we are talking only about "white envy", and "black" is not taken into account in any way. Envy is always based on comparing yourself with someone else. In general, the mechanism, of course, is not bad and should contribute to the development of man, but when he "slides" into comparison too often, he becomes very sad, because there is always a person who has something better. There is a desire to write the whole world and all people with all their actions into a simple two-dimensional coordinate system "better-worse". As a result, there is a deep lack of self-confidence. It is another necessary help for the emergence of a feeling of envy. By the way, the habit of excessive comparison of a person, as a rule, acquires in a deep childhood - it instills in her parents. In general, the role of the father and especially of the mother in the matter of envy is very great. If parents certainly love their child, take it and praise, then he has a sense of inner calm. Their love, like a shadow, lives in the now adult heart. But if this is not the case, and parents constantly demand something from the child, comparing it with more successful children, then he gets used to feeling inferior and envious of the latter. The environment often also does not help us feel good. People can feel sorry for you, for example, because you did not get married, like all your peers. And even if you do not consider yourself to be defective, then after about a hundred repetitions of such an idea there is a risk to think: "Maybe there's something wrong with me, and these girls are better than me?". This is partly due to the fact that envy is like a plague. People who are sick to her, tend to infect others, otherwise they will feel defective. Distortion of perception also affects the fact that people envy each other. After all, how do we see this world and our brothers in the mind? Partly, fragmentarily, in certain situations. And even if we manage to observe a person for a fairly long time, we still will never be able to find out what's going on inside him at any given time. It is possible that a millionaire, to whom we envy, comes home every evening and is sad that he can not trust anyone. Or all night long travels to clubs, pumped up with alcohol and drugs, in order not to feel his deep misfortune. But we see only the outer shell, and it seems to us that there is something to envy. 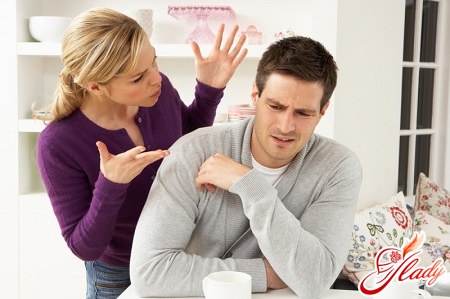 The world is full of envy - it's a fact. But you do not want to feel it on your own skin in any way! What can you do if you are still in a situation where you are envious? How to get out of this vicious circle and protect yourself from toxic envy?

Thus, it is obvious that with envy is necessarysomething to do - it has become too much in our world. Close people envy each other, advertising provokes this feeling in us, and talking about it has become absolutely normal. And while each of us looks with indifference and takes part in this, nothing will change. Live happily and do not try to envy others! We advise you to read:

The psychology of the maternal instinct: where does it come from?

Barriers to communication: how to overcome them

Kinds of feelings and emotions of a person: the sensations that life gives to us

Fear of heights: phobia and the causes of its appearance

Types of person's personality: what makes you unique

Love dependence: how to make the first step to your happiness