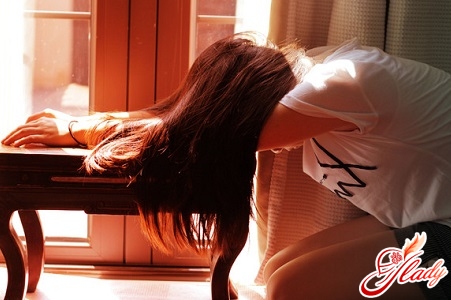 Erosion of the cervix is ​​called the mostwidespread disease of the sexual sphere of a woman. It is impossible to detect erosion on your own, as it has no permanent symptoms. However, sometimes erosion can cause spotting. Every woman needs to know, what is dangerous is the erosion of the cervix, its consequences and complications. Erosion occurs at any age. The causes of erosion are most often inflammations of the genital organs, trauma resulting from gynecological examinations or sexual intercourse. In our time, one of the actual causes of erosion is an allergic reaction to sperm or contraceptives.

Erosion can be of two types: true erosion and ectopia. True erosion is a rare occurrence. It appears if the epithelium is damaged around the outer throat of the vaginal cervical region. With true erosion, an inflamed wound surface is formed. This type of erosion is characterized by a bright red color, an irregular rounded shape and occasionally even a bleeding during sexual intercourse. With colposcopy you can find mucopurulent discharge, infiltration, puffiness. After 1-2 weeks, the true erosion becomes pseudo-erosion, the stage of healing. Ectopia is a more common form of erosion. It often happens in virgins and is complicated by inflammation with the advent of sexual life. Doctors call the ectopia a benign or background condition. If a woman did not give birth, then doctors can give the body an opportunity to cope with the disease. When the epithelium of the cervix has moved, it leaves in its place the secretory epithelium. In the process of healing of the secretory epithelium, there is a danger of the appearance of papilloma viruses. This virus is easily transmitted sexually and can cause cancer of the cervix. 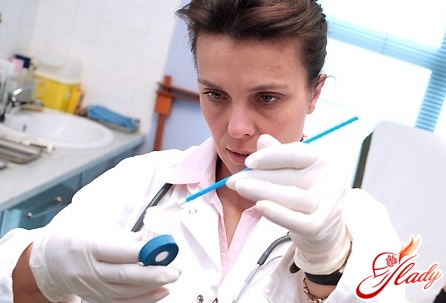 If the inflammation is prolonged, then the bodythe self-healing function is activated. With the change in the property of the cells of the epithelium, they begin the process of division, which leads to a benign tumor, and then to a malignant tumor. Also, the tumor occurs due to sexually transmitted viruses: genital herpes, human papillomavirus. The result is cervical cancer. It often affects women aged 35-40 years. In order to timely detect this disease, you need to regularly undergo examinations at the gynecologist. And if cervical cancer is detected, do not consider it a verdict, because in our time medicine is quite developed in oncological issues. Cancer in the initial stages can be cured. Do not forget this. Initially, erosion is a small wound, a scratch. In this case, tampons with ointment or oil are prescribed to eliminate redness. The main thing is to heal erosion in time, so that it does not develop into the next stage, when it will require cauterization. 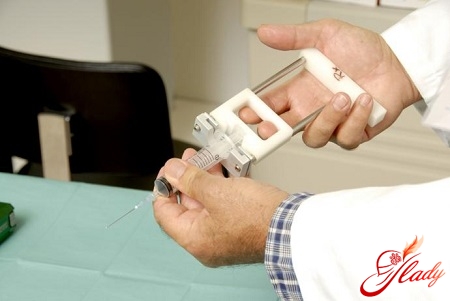 Biopsy and its purpose

Most women refer to the examination procedurecervix is ​​extremely negative. For inspection in the vagina metal mirrors are introduced. They are often cold, so the muscles taper and the tool enters tight. In this case, it is better to use plastic mirrors. Further on the cervix of the uterus the light is directed and its examination is conducted for the presence of redness. If redness or color irregularity is detected, the doctor does colposcopy and takes smears on the flora. For the accuracy of the diagnosis, it is necessary to undergo cytological and histological studies. To check for malignancy, a small piece of the damaged area is cut off. Further, after receiving the result of a biopsy, the doctor will prescribe the correct treatment. Before you start to treat erosion, you need to give a smear. When infections are detected, they are treated initially, and then the erosion itself. It happens that by curing the infection, erosion itself disappears. In order to find out whether benign erosion or not, a biopsy of the cervix should be performed. This is a procedure that takes place 5-7 days after the menstrual cycle, after the menstruation has ended. Before it is carried out strokes, in order to make sure of the absence of infections. Biopsy is a procedure in which cervical tissue is sampled for the presence of precancerous cells. Although a biopsy is considered an operation, it should not be feared. This happens almost painlessly and quickly. During the biopsy, anesthesia is not used, except that the doctor can treat the cervix with lidocaine. At the command of the doctor, an inhalation is made, and at this point the radio knife is sampled for analysis. In the process, the patient experiences only a tingling sensation. After the biopsy, the following rules must be adhered to:

To choose the method of erosion treatment it is necessary to determine its size and the degree of danger. After taking all the tests, the doctor must prescribe a treatment. Erosion is treated in the following ways:

If there are no complications in the form of infections, you canresort to medication or folk remedies. In this case, you just need to help the body cope with the ailment: put tampons with ointments, suppositories, pills, which the doctor prescribes. In the event that erosion is of average size and does not heal independently, it must be cauterized, laser removed, or chemically coagulated. If erosion has passed into the stage of cancer, surgical intervention is necessary. In this case, the entire uterus or part of it is removed. Causes and consequences of erosion Erosion and cervical cancer can occur because of:

Erosion has the following consequences:

It should be remembered that cervical cancer is notcomes immediately, it is most often the eroded erosion. Ectopia and pseudo-erosion refer to background diseases, against which can develop cervical cancer. It is not necessary to start erosion, it is better to immediately undergo treatment if it is detected.

Folk recipes for the treatment of angina

How to remove the bruise under the eye from the impact?