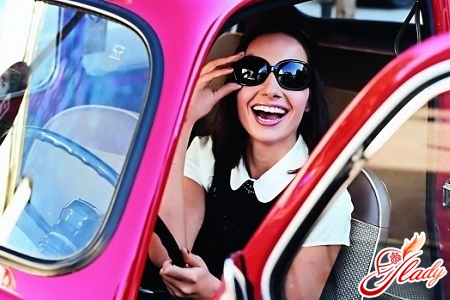 If you drive a car, then of course not oncefaced with the fact that the drivers give each other a variety of "mysterious" signs - they flash lights, signal, gesture. Perhaps you even had to deal with the situation when these signs were meant for you. Have you always understood them? What is a driver's alphabet and how to decipher the signals given by drivers of vehicles?

Now it is no longer possible to say for sure wheretook this tradition of communication on the road. However, there is a legend about this. About forty years ago, an interesting article appeared in one of the Soviet newspapers. One of the traffic police officers indignantly told about the customs prevailing in the "wild West" - local drivers warned each other about police ambushes and posts, signaling headlights. It is not very clear what kind of reaction the traffic policeman wanted to provoke with his story. But the effect of this publication, of course, was - the idea really liked the drivers of the former Soviet Union and began to spread with incredible speed. Soon, the absolute majority of drivers began to use this method of communication in one way or another.

Gradually the signal alphabet was replenished with newsigns. Today, to know at least its basics is already considered a sign of good taste. Such signals can greatly help on the road. And do not think that they are only necessary for malicious traffic violators who want to avoid the "righteous anger" of traffic police officers. Very often special signs are used for completely different, noble purposes. Knowing the signal alphabet, you can, without words, report danger, thank or express disapproval, ask for help in a difficult situation, point out breakages that are not visible to the driver, but are visible "from the outside." Knowledge of the signal alphabet opens the way to a kind of "brotherhood of motorists". Drivers who "speak" in the language of signals better understand each other. "Secret knowledge" unites them, so they become more polite and friendly. This means that the situation on the road is safer. Of course, it's quite difficult to learn all the secret signals of drivers. Yes, maybe, and it is not necessary. Most of them use truck drivers - they have their whole life on wheels. They often fall into various difficult situations on the road - they have such a job. But even in a city, a motorist may be in trouble. Suppose you notice that the car that is driving near you has a wheel released. How to warn the driver? Leaning out the window and shouting loudly is not always convenient, and it's not safe either. Here in this, and in many other situations, the alarm alphabet comes to the aid. Therefore, remembering its basics will be useful to any motorist. Shall we start to teach? 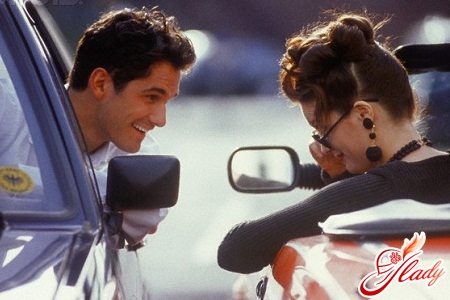 One or two short "winks" with a beamat a crossroads or in a "traffic jam" means that you are ready to miss. Such a signal is given to both "colleagues" and drivers, as well as to pedestrians. This sign is very convenient when, for example, the car needs to be turned, and the traffic congestion does not allow it to maneuver. Two or three short "wink" of the main beam. This is probably the most frequently used signal on the roads. It means "Attention!". Thus, drivers warn each other about the hiding "ambush" of traffic police officers or about some kind of danger that lies ahead of us. It can be an open hatch, an accident, a "failure" on the road. A few long "winks" from the back light, "in the back." This signal means that you are asked to give way. If you have such an opportunity - do it. Suddenly, and the truth, the person very much hurries. However, with this signal, you need to handle extremely carefully - it is often used for "podstav". Behind "wink" - ask to pass, and on the right you have already put an expensive "foreign car" with pre-prepared "material damage". Unfortunately, such situations are not uncommon. If you decide not to miss - press the brake so that the "stop lights" are triggered. But, at the same time, do not slow down. As a rule, it helps - they lag behind. Counter cars often "wink" headlights. This means that you have something wrong with the light. Maybe you dazzle the drivers.

Signals with turn signals and alarms

Signals turn signals use, as a rule,truckers. But some of them are useful to know and drivers of cars. For example, if on a country road you go for a wagon or a bus, before you start overtaking look, does the driver give you signs. If the wagon blinks the right turn signal, then you can start the maneuver. If the left - you can not overtake. "Winking" by car alarm means thanksgiving or apologies. But if you notice that the car that drove you has not turned off the "emergency", it does not mean that its owner is grateful to you "very, very". Check, maybe you just turned on the high beam.

Signals of drivers can also tellvery much. If, of course, know how to decipher them. If you notice that drivers sharply straighten their fingers, making you signs that are similar to blinking a light bulb, then it's time to turn on the headlights. In order to "tell" about the boot opened, drivers clap their hands in the air. If one of the drivers points a hand at the door of your car, it means that you have not loosely closed or the seat belt is tightened. If you notice that a certain car has a flat tire, you can give a signal by making a circular motion with your hand and then pointing down. If the driver of a passing car points to the side of the road, when addressing this signal to you, then stop. This means that your machine is faulty. Often this sign is accompanied by flashing lights or a short beep. Raised, or stretched forward palm - a token of gratitude.

Such signals are used for forcedstopping by the wayside. They give passing drivers to understand exactly what you need help. As a rule, such signs are clear and without explanation. If you take a canister in your hand, it means that you have run out of gasoline. If the cable - you need towing. If the key, then you do not have the right one - and maybe absolutely nothing, except this unfortunate key - the instrument. Here, in general terms, and the entire automotive alphabet. Not so difficult, right? What else should I know? Not all employees of the traffic police recognize and "respect" this way of communication between drivers. For example, for "hazing" with a distant light, you can be fined. So it's up to you to use this signal or not. Even if you do not use these signs yourself, their knowledge will help you to better understand other drivers, and hence control the traffic situation. And maybe, at some point, will save you from trouble. And then, it's so nice to feel like a member of the "secret brotherhood" - especially if you are an auto-LADY .. We advise you to read:

How to drive a car with an automatic gearbox: lessons for beginners

Auto roadside setups: types of fraud and ways to protect against it

Vehicle inspection: how to pass quickly and without problems

How to save gas?