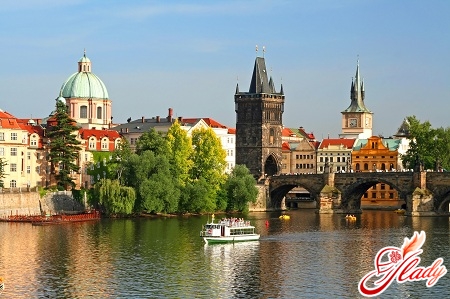 Prague is truly a city of dreams thatright is considered one of the most beautiful places on earth, enveloped in a variety of legends and legends. Whenever you go on vacation - in winter, spring, autumn or summer - you will always be amazed by the beauty, grandeur and architecture of Prague, leaving no one indifferent. This is a place of romance, that's why many lovers, couples and newlyweds seek to spend here together for several days, enjoying the marvelous beauties of this city. You can stroll along the amazingly picturesque park located on the Petrin Hill or visit the church of the Virgin Mary, where it is customary to put candles and make wishes, which, if you believe the legends, will necessarily come true. In one of the largest cities in the Czech Republic are the world-famous Astronomical Clock and the castle, which was founded back in the 1136's. Here you can see with your own eyes how the royal people lived at that time, visit the throne room and plunge into the atmosphere of greatness and wealth. If you already came to Prague, then be sure to stroll along the Golden Street, about which terrible mystical legends and legends go. The service here is truly European level: cozy hotels and hotels of different classes, caring staff, extraordinarily luxurious restaurants and cafes with insanely delicious cuisine will be remembered for many years. You can tell about the main sights of Prague for hours, but it's better to see everything with your own eyes, because to convey the atmosphere, smells and sounds of this simply city is impossible. If you do not know where to go in the winter, then do not think long - visiting this romantic place, you will provide yourself the best vacation. In advance, book tickets, book a hotel and make a cultural program, and for this let's go on an imaginary excursion to the sights of Prague. 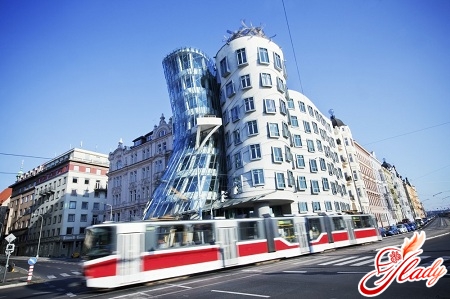 Glass Workshops in the Old City

Czech Republic is famous for its memorials, many of themwhich are located exactly in Prague. If you are going on vacation, be sure to buy a guidebook, through which you can create an extensive cultural program, going on an exciting journey through paved cobblestone city streets and courtyards. High windows of incredible beauty, set in the Gothic cathedral of St. Vitus, shimmer with colored mosaics in the sun, inspiring modern tourists. Today, the guests of Prague Castle can not only observe this magnificent flicker, but also visit workshops in which the most experienced glaziers of the fourteenth and fifteenth centuries made several original and unusual windows for the cathedral. Recently they have been restored, so that now tourists can admire them in the workshop of "artistic glass production" located in the Old City. It also sells copies of the original works of masters of the Middle Ages, which, of course, are quite expensive, but many collectors do not deny themselves the pleasure of buying a couple of these souvenirs.

One of the main attractions of Pragueis its museum. Built in the neo-Renaissance style, it opens the eyes of visitors to the whole history of this beautiful and unusual city. There is a huge collection of paintings and sculptures, examples of ancient castles, everyday objects of life: the keys by which the inhabitants of Prague opened their houses, old seals and a collection of coins of the 16th-17th century. Going through the halls of the museum, you will get acquainted with the subjects of culture and religion of Prague, see armor, weapons and helmets belonging to the soldiers. Here is one of the most famous mock-ups of Prague, occupying more than 20 square meters. This work was done by the hands of an ordinary working university library, which depicted a city of 150 years ago. The author needed a lot of time and talent to accurately recreate all the houses with their unique facades and rooms, trees, roofs, lanterns, gardens. If you press a special button, then in one or another area of ​​Prague the backlight will light up. The layout is worked out to every detail and so accurately reflects the city of that time that it was even used for the restoration of some buildings. To plunge into the atmosphere of past centuries and walk along the imaginary streets, see the carts and architecture of ancient Prague, you can see a short film in 3D quality, which tourists will put to tourists. 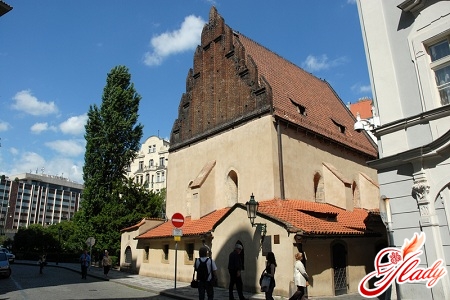 The Czech Republic is famous for its cathedrals and churches,therefore, we recommend visiting the Old Town Synagogue, located in the Jewish Quarter of Prague. Built in 1270, it is the oldest surviving synagogue in Europe and one of the first buildings made in the early Gothic style. It received such an unusual name due to the fact that in ancient times another shrine was located in its place. Therefore the synagogue was called New. However, over the course of time, the quarter expanded, other prayer houses appeared, and subsequently it was commemorated as the Staronovaya. There is a legend that the building on this site was moved by angels from the Promised Land, according to another version, it was built from the stones of one of the temples demolished in Jerusalem. To date, the synagogue is a two-nave structure with twelve windows symbolizing the Israelite tribes, on both sides (from the west and east), crowned by late Gothic pediments. For many centuries of its existence, the level of the street has increased significantly, resulting in the building "plunged" into the ground, so it is very dark inside. The medieval interiors of the synagogue, with its ancient vaults, incredibly beautiful and elegant stone benches and chandeliers, amaze with its uniqueness and harmony. Views of tourists chained five-ribbed vault, supported by two octagonal columns, as well as combining the features of Gothic and early Renaissance cantor's chair, closed with a forged diagonal grille. You probably will be interested to see with your own eyes the sacred scrolls of the torah, which are stored in the synagogue. For all of its existence, it survived both Jewish pogroms and fires, closing only once for four years during the German occupation. Until now, this back is a religious center that is visited not only by tourists, but also by Prague Jews. A man who falls into the walls of the Old-New Synagogue experiences sincere awe of her beauty, grace and splendor. Going on holiday in Prague in winter, in summer or at any other time, be sure to visit this place, which, believe me, deserves your attention.

Czech Republic is a country with a variety of architecturestyles, where next to the ancient building may well be the creation of modern masters. So, one of the sights of Prague, bewitching its originality, is the "Dancing House", dedicated to Hollywood masters of dance - Ginger Rogers and Fred Astaire. One of the parts of the building, which slightly widens up, symbolizes a broad-shouldered man, and the second - a girl with a thin waist and a windswept skirt. If you look at them from afar, you will see two bodies moving to the rhythm of music heard only for them - it is this moment that the architects have captured in their creation. In the winter of 1945, when the Czech Republic was raided by American aircraft, the house, which used to stand on the site of the Dancing Building in Prague, was destroyed. For about half a century this land was empty until the country's president, Vaclav Havel, decided to build a free site. Initially, it was planned to erect a project for the "personal" pet of the first Czech leader, architect Vlad Milunovich. However, the insurance company, which bought land in 1991, put forward its own terms, according to which a Western architect named Frank Gehry was to take part in the work. In the end, both masters, combining their talent and efforts, came up with an unusual and original building, the building of which was conducted almost four years and was completed in 1996. Today, the "Dancing House" houses several well-known international companies, and on the top floor - a popular a restaurant called "The Pearl of Prague". Here you can not only taste refined French dishes cooked by eminent chefs, but also enjoy the incredibly beautiful view that opens from its windows. All the sights of Prague - from the most ancient to modern - deserve to be seen, and the "Dancing House" is certainly not an exception. Enjoying the original structure, you can go to the Church of St. Cyril and Methodius, located near it. Here is a museum, which is definitely worth a visit. The sights of Prague, about which we told you - it's not all that can and should be seen by a tourist who came to this city. Going on a trip, we recommend also to visit and in such places:

As you know, Prague is famous for its beer,restaurants and cafes, in which friendly waiters serve the most delicious dishes. From the Letnensky or, for example, from the Petřín gardens, incredibly beautiful views are opened: here you can walk after a rich dinner, enjoying the green lawns, smiling Czechs and the fascinating architecture of this historic place. Therefore, if you still do not know where to spend your next vacation, give yourself unforgettable moments of happiness in an ancient romantic city - believe me, you will not be disappointed! We advise you to read:

Jerusalem: sights of the holy city

Poland: the sights of the country