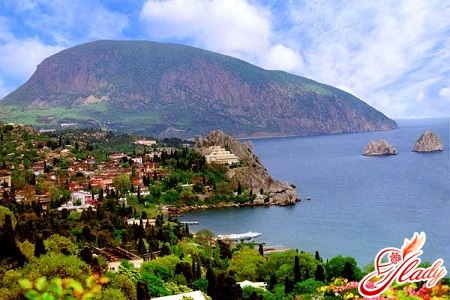 Crimea is rich in interesting places (both natural,and man-made). Resting here, do not deny yourself visiting the mountains and caves located in the region, ancient cities and monasteries, picturesque palaces and parks, waterfalls and canyons. If you travel by car, the numerous sights of the Crimea, which are scattered all over the peninsula, will be even more accessible to you.

Living and dead water and the Bakhchisarai reservoir

Prominent landmarks of Crimea are associated withwater, here are some of them. The Bakhchsarai Reservoir is the oldest reservoir of the Crimea, created by the hands of a man, it was built on the girder of the Egizob back in 1931. The capacity is 2.3 million cubic meters, and the area of ​​the mirror is about 110 hectares. Initially it was created for irrigation and water supply of nearby lands, today water from it is used only for irrigation. Near the Bakhchisaray reservoir there is an interesting phenomenon - the Kachin Gate, they are the Valley of Breakthrough. These waters are a favorite place for freshwater fishing. By the way, today the object is leased, it is specially stocked, and twice a year they hold a competition for catching predatory fish, fishing here is paid. In the Bakhchisarai reservoir there are pike, perch and pike perch. The sights of the Crimea are a fairy tale, one of the chapters of which is a waterfall with a mysterious and unusual name Waterfall of dead and living water. Located is a miracle of nature near the Red Cave (near the village Perevalnoye) and a rock wall of bloody color, where from under a huge stone two springs beat (the distance between them is only 70 cm). In one key - living water (temperature - 80 degrees), in the other - dead (60 degrees). Interestingly, the composition of the water in the sources is different, in the living - more salts. 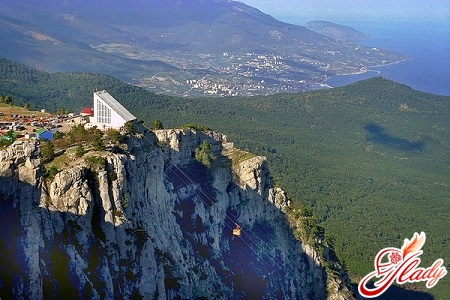 Arhadresses and unique varieties of wine

Not far from the foot of Cape Meganom, at twelvekilometers from Sudak is a huge plateau with hills and valleys, a feature of it - in the summer because of the sea wind and hot sun it turns into a semi-desert. Uninhabited terrain in the Middle Ages was called "Arhadresses" (translation - "the back of ravines"). In the nineteenth century, the corner attracted Prince Golitsyn, he decided to plant him with grapes of champagne varieties, the soil contained silicon, which gave a special refinement to the wines. 100 hectares of vineyards and almond trees! Sauvignon, Riesling, Verdelio, Semillon, Furmint, Muscat, Saperavi, Cabernet, Pinot Gris - that's just a small list of plant species. The wine had to be stored somewhere, and the prince built wine cellars. They also have a special feature - they were not made in the traditional way (they were not dug, they fell asleep: in the beginning, the bottom of several ravines was leveled and expanded, and then the ceiling of the vaults that fell asleep was filled). Wine cellars of "Arhadressa" have a depth of 3 floors. Prince Golitsyn's vineyard has grown branded wines (Muscat Pink No. 27, Madera No. 21, Port White White No. 13, Lunel No. 24). But the history of this place is not entirely rosy. The fact is that the creator of the estate was later suspended from the management of the vineyard and banned from entering its territory, almost all indigenous varieties of plants were on the verge of destruction. More than a century has passed and vineyards have been restored, it is worth noting that some brands of wine, such as "Arhaderesse", "Black Doctor", "Black Colonel", "Sunny Valley", are produced only here. 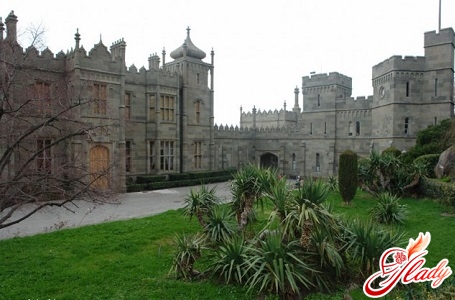 Vorontsov's house - one of the bright places of the citySimferopol, there is a landmark in Salgirka (park). This small cultural monument is a pretty small mansion, built in 1826 by the famous architect Elson. The house is called Vorontsovsky, although the first owner was Governor Naryshkin. Prince Vorontsov acquired a mansion in 1834, here he lived, when he came on business to Simferopol. The appearance of the building is a combination of oriental motifs and classics of the European style; This symbiosis is typical for the first half of the twelfth century in this region. Europe "gave" the building a small terrace leading to the park, the original colonnade and marble lions. The east is represented by a small terrace, which is completely decorated in the Tatar style.

The Adzhimushkay quarries are located in severalkilometers from Kerch. They represent mountain underground workings, which today are recognized as one of the memorable places devoted to the Second World War. The story is this: in 1942, Soviet soldiers were forced to leave Kerch, the enemies surrounded part of the Soviet troops near the Adzhimushkay quarries, our soldiers were forced to descend to the ground to protect their native places; Then a military garrison of ten thousand men was created in the Adzhimushkay quarries. A clear organization and strict military discipline turned the garrison into a serious force. The German army many times tried to destroy the Russian defenders in the Adzhimushkay quarries, even seized the water external wells and threw into them strangling gases, but the Soviet soldiers staunchly resisted. Only by the end of the year the Germans captured the survivors. 32 years after the end of the Great Patriotic War, the Museum of the History of Quarrymen's Defense was opened on the site of hostilities, the first visitors to it were those who survived in that struggle. In the museum, by the way, the situation in those years has been partially recreated. On the basis of search works, surviving documents and eyewitness recollections, gas-partition walls, a well, defensive walls, mass graves were reconstructed.

Self-guided travel around Thailand: what should a tourist know?

What are the most attractive last-minute tours in Chamonix?

Where to go for a honeymoon