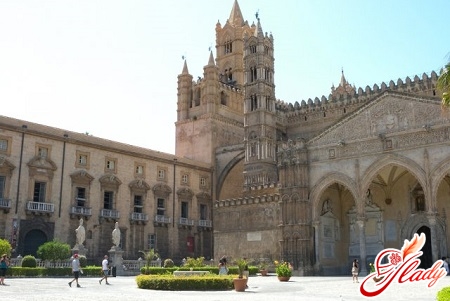 Italy is the oldest country with a rich history andculture. In addition, the European boot is also extraordinarily colorful. Ancient buildings, centuries-old structures that make you literally freeze with delight, magnificent beaches, mild climate, not at all greedy for the emotions of local residents - all this and much more makes Italy attractive for tourists. But one name can not unite the diversity of original cultures, the historical heritage and the special charm of individual regions. And today our view is directed to the very south of Italy - the island of Sicily.

A bit of the history of Sicily

Sicily is a kind of separate country,which is part of Italy. And it's not in its location apart from the mainland - they are separated only by a narrow Messina strait about 3 km wide. And not that in the city of Palermo is the island's own parliament. And the fact is that Sicily has its own special historical path, leading it by a complex road of conquest and interpenetration of different cultures. Located at the intersection of trade routes of the Mediterranean Sea, the island since ancient times was of great strategic importance. Sicily once was part of Great Greece and was called Trinacria, which means a triangle: 3 capes, 3 seas, 3 archipelagos. And the first inhabitants of the island are the Iberian tribes of the sikans who built the pile houses. Their place was occupied by the sycles, and then by the Phoenicians who built Palermo and Trapani. Later the Greeks founded such cities as Catania, Messina, Agrigento and Syracuse - one of the richest Greek settlements. Applicants to the Sicilian lands, named "the key to the Mediterranean" were the tribes of the barbarians, the Byzantines, the Arabs, and, of course, the Romans. Numerous inhabitants of these lands carried not only destruction, but also brought their customs, culture, architectural features to the image of the island, that's why now the abundance of monuments, museums, archaeological excavations makes the island of Sicily an original and in no way different region that is part of Italy. In addition, being the most southern part of the country, it has a longer and more attractive tourist season. The purest sandy beaches and the delightful green of citrus and olive groves make the island a real highlight and a tasty morsel for travelers. 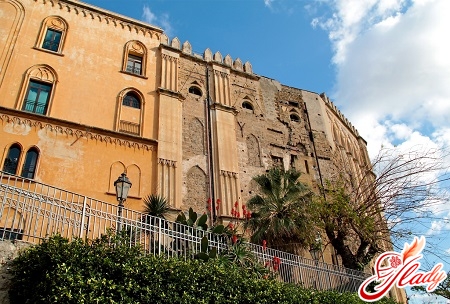 What to visit in Sicily

Sicily is the largest island in the Mediterranean Sea. Its area is more than 25 thousand square meters. km In this area there are many large cities, so for the convenience of travelers Sicily's sights are divided into the cities next to which they are located.

The Capital Region of Palermo

Palermo is the capital of the island of Sicily. It is a large and ancient city founded by the Phoenicians and named by them Sous, which in translation meant a flower. Its modern name (in Latin sounds like Panormos - "always accessible harbor") was obtained from the Greeks. The combination of different cultures, once settled in Palermo, is extensive here, making the city's attractions even more interesting. 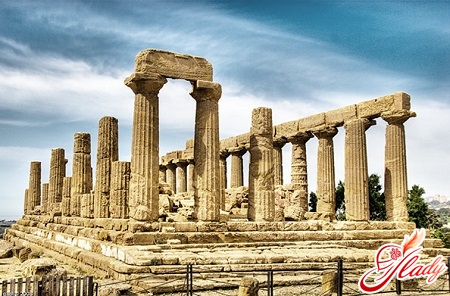 In addition to temples, monasteries and cathedrals in the region of Agrigento, you can visit the Archaeological Museum, located on the site of the shopping area of ​​ancient times. 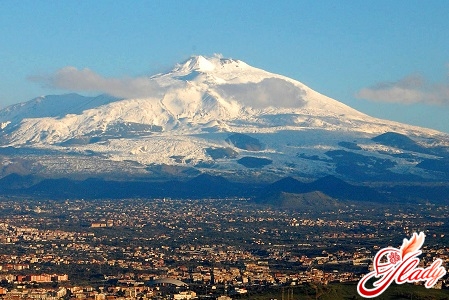 Among the architectural and historical monuments inthe region of Messina you can visit the church of Santa Maria Annunziata dei Catalani, the Duomo, the fountain of Orion and the fountain of Neptune, made by a pupil of Michelangelo, as well as the regional museum, which presents a rich collection of paintings. In the area of ​​the city of Taormina a special place is occupied by the Ancient Theater, the view from which is called the "panorama of perfection". In addition to it you can visit Naumakhia, the ruins of which give an idea of ​​the staged water battles conducted on them. Attention also deserves the Palace of Corvaya, where is now located information tourist office, and the Cathedral of San Nicolo, and the tower of Badia Vecchia. Nature has created its attractions: the picturesque capes of Capo Sant Alessio, Capo Sant Andrea and Capo Taormina. 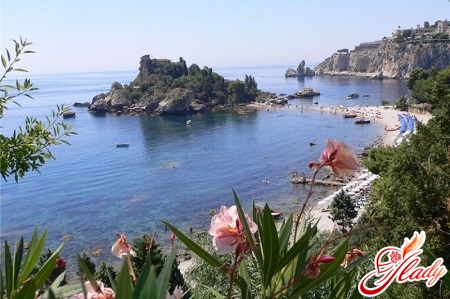 The main object of the inspection of Syracuse is considered to bea zone of archaeological excavations. It includes the ear of Dionysius - a cleft in the rock with extraordinary acoustics; The Greek theater, which has survived to this day almost without destruction, and the Roman amphitheater. In addition, the region has an archaeological museum and the Cathedral of Syracuse.

The main monument of the city is the sanctuary of the VirginMary with a Madonna and Child with a statue. There is also a city museum in the region. The presence of saltworks and a museum of salt distinguish Trapani from all other regions of the island of Sicily. And do not forget to visit the town of Marsala - its charm and wineries will not leave you indifferent. Sicily - an extraordinary place, literally full of sights, with a special color and unique nature. Traveling around the island, do not forget about headdresses, water, comfortable shoes and sunscreen. Una buona vacanza!