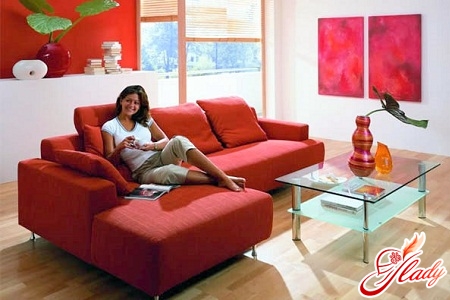 It is difficult to imagine a modern house in whichthere would not be a sofa. And if there are such dwellings, it is very rare. Most of the living quarters necessarily have such a von-baron, a soft and cozy handsome man, where you can sit and lie down, and if necessary, turn it into a trivial bed. That's exactly the need and makes us choose a folding sofa, which in the daytime plays the role of an ordinary place for family gatherings and short-term rest, and at night magically transforms into a place to sleep. The magical power of such a transformation is a mechanism of transformation, which is different for folding sofas. And for the choice of a sofa to be successful, and the process of transformation did not cause unforeseen (or, conversely, the expected) difficulties, one must know the working principle of these mechanisms. Let's figure out what the three main types of folding sofas are: a clamshell, a book, and a sofa with a roll-out mechanism.

The most famous representative of this speciesfolding sofas - a traditional sofa, familiar to us since Soviet times. In this couch, the sleeping area extends (rolls out) from its lower part. To do this, it is usually enough to just pull the special loops. In the sofa mentioned above, the cushions are laid on the lower extended part of the sofa, which act as a backrest on the folded sofa. The modern model of a drawout sofa is "flash". In it, unlike the sofa, the back does not consist of pillows, but of a single soft plane. When unfolding such a sofa on the extended part, both the backrest and the seat are laid. A corner draw-out sofa is called a "dolphin". It has a more complex construction, consisting of three elements. The mechanism of its transformation operates as follows. The seat of one corner component is fully extended and turns the corner sofa into a rectangular bed. Sofas with roll-out mechanism have their pros and cons. A clear advantage of these sofas is a spacious sleeping place and a compact size in the folded form. On the other hand, a roomy sleeping place makes such a sofa cumbersome when it acts as a bed. Therefore, for small rooms sofas with roll-out mechanism is hardly worth choosing. 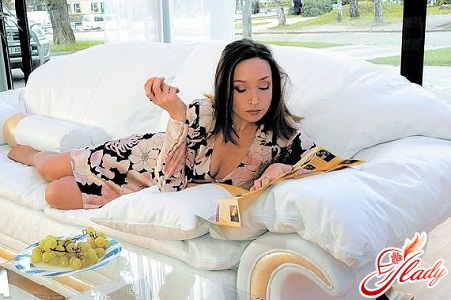 The folding mechanism of such a sofafolds and unfolds with the mattress. In the folded couch it is hidden under the seat and, in order to decompose it, it is necessary to remove the pillows from the seat and pull the mattress up and forward. The mechanism for transforming sofa-clamshells enables manufacturers to create diverse and original models. The most famous of them are "accordion", "mixotual" (French clamshell), as well as American, Italian and Belgian clamshells. So, for example, "accordions" are laid out on the principle of accordion. After the seat is raised, the sleeping place itself (unusually easily) leaves forward. These sofas are very compact in assembled form and at the same time have a full sleeper. In addition, "accordions" are considered sufficiently reliable for frequent use. The French clamshell takes three turns. The American clamshell - in two, the Italian clamshell (the most expensive) is a double flip-flop, which is laid out behind the back. To the disadvantages of sofa-clamshells can be attributed a somewhat tedious process of transformation, as well as the fact that they do not provide a box for storing bed linen.

This sofa has the most simple foldingmechanism. And it acts, as is clear from the title, on the principle of the book. In order to arrange such a sofa, you need to raise the seat to a click, and then just lower it down. An improved analogue of the "book" - the mechanism of transformation "click-clack". In its design provides an intermediate (additional) position of the back, which makes it possible to be on the couch in a semi-sitting (or reclining) position. Sofa folding "book" is not the most reliable model. Locks folding mechanism in it quickly wear out, the mechanism of "click-clack" is much more reliable. However, despite the simplicity of the mechanism, these sofas have significant drawbacks. Firstly, for the free movement of the backrest, they can not be placed close to the wall. Secondly, folding sofas do not differ in the variety of design forms. But the price for them is also low. The main and indisputable advantage of any folding sofa (regardless of the mechanism) is the possibility of its transformation. If a sofa is purchased to use it as a permanent bed, then it is worth giving preference to domestic producers. Due to their reliability and durability, the mechanisms (oddly enough) they significantly exceed imported analogues. The reason for this, probably, is the tradition of quality of Soviet times, when unpretentious design and simplicity of construction were the key to durability. Folding sofas of imported production are more "representative" or elegant, but not designed for frequent unfolding. They are more suitable for use as an additional (guest) bed. Therefore, choosing a folding sofa, take into account not only the principle of its mechanism, but also the intensity of the intended operation. And what kind of sofa: angular folding, dimensional traditional or compact "baby" will take place in your house, will depend on the volume of living space and your personal preferences. The main thing is that the sofa is comfortable, reliable and durable. The choice is yours!

How to get bugs out of an apartment yourself

How to choose an air humidifier for your home

How to choose the right microwave oven?

The reliability of the refrigerator is the main criterion of choice

How to choose the right refrigerator? Fundamental rules