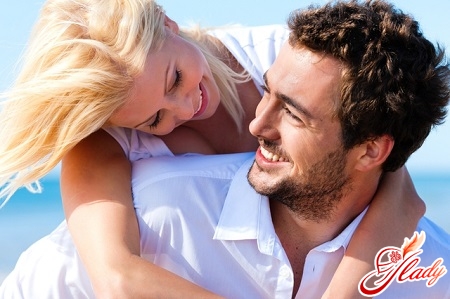 Dear women, what theme pops up in yourhead repeatedly during the day? Maybe it's cooking dinner? Or buying new shoes in tone to your purse? Or the latest gossip about the grymse boss? No! Most likely, this topic will be the psychology of communication with men. What would we do without them! But in some situations, it remains a mystery what is going on in the male head and how we should live next to them. In order to understand these issues, we wrote this article.

What do men and women want?

It's no secret that men are from Mars, andwomen are from Venus. Simply put, there is a lot of difference between us. This is normal and natural, because only in this way we can perform the functions entrusted to us by nature. However, due to this difference, it can sometimes be very difficult to communicate with each other. A wall of misunderstanding, mutual reproaches, resentment - all this is accumulated in a relationship, like a snowball, which then sweeps everything in its path. In order for this to happen, we women should understand the psychology of communicating with a man. Why are not they? Yes, all because their character is more rigid. Men in principle are cool about everything that can not be touched, constructed and seen with your own eyes. And the psyche is a delicate thing, and here much more will come in handy the softness and carefulness of the woman who will be able to study the subject of the conversation and first to suggest the right line of behavior. The partner will only have to respond to it. So, unnoticed the theme of the difference between a man and a woman was affected in itself. What are the boys made of, and what are the girls? Since childhood we are getting used to the fact that men are more active, persistent, aggressive. They are interested in the structure of the world, and they are more inclined to various kinds of research. Men are endurance and strength. From all this follows the male role in the relationship - protection, protection. Only a man has what is needed to solve serious problems in life. Women in this regard are much weaker. Whatever the feminist communities say, building a successful career as a top manager is far from a woman's business, because in this process speed, aggressiveness, perseverance, rigidity are necessary. Or when women rush to defend their opinion with battle (we all faced similar "aunts" in queues). These ladies lack softness and tenderness, tolerance and harmony. They try on a male role and remain in such a "confused" state for a very long time. Which, of course, does not promote productive communication with men. To be a woman means to keep the fire of the hearth: it has been so since ancient times. We support our men by giving them self-confidence and nourishing their strength. Such a woman has her own special inner strength, consisting in endless patience, meekness and the ability to love. By giving her love, she is filled with positive energy herself and fills her with a man. If a man and a woman behave in accordance with their nature, then their communication is fruitful and comfortable. However, if roles change places or someone does not fulfill their function, then problems begin. After all, the real nature sooner or later breaks out, and then both partners find themselves in confusion and misunderstanding of what is happening to them. Previously, there was one thing, now another, somewhere inside you want the third - all messy and incomprehensible. But how to prevent such problems between a man and a woman?

As we already mentioned above, the psychology of communication witha man will have to comprehend it for you, dear women. And we will begin to do this with a description of the most common mistakes that are allowed by you. What a pity that at school they do not teach the science of communication with the opposite sex - there would be much more benefit than from geometry or astronomy. So, what do we women do more often than not? 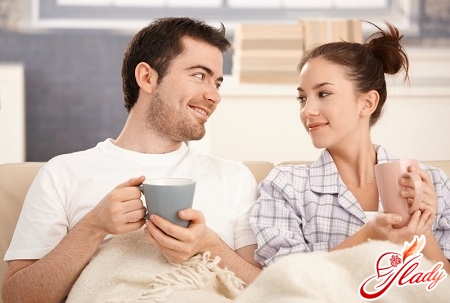 The Art of Communication

We think you understand how, as a woman, notIt is worthwhile to behave with a partner. But which line of conduct will be correct? Let's try to generalize everything that we know. First of all, it is worth remembering that any relationship is based on balance. How much you charge, so much and you need to give, and vice versa. If this does not happen, then a crash occurs. But it should be understood that men and women give energy in different ways. Representatives of the stronger sex achieve something, win, protect, help solve, and representatives of the weak - support, console, gently care. In what exactly is this manifested? Do not get tired of telling a man compliments and admiring his actions. You would be very surprised if you learned on your own skin how sad life would be without a male energy. Therefore, support is worthy of any little things in his behavior, whether it's a nail hammered into the wall or a birthday present for a sports Mercedes. A man is a mirror of female love, and if a woman believes and loves him, he will never become a loser, and between them there will always be feelings. Your partner should be respected - this applies to representatives of both sexes. Respect manifests itself both in inner sensation and in external actions. Never tell your friends how much your man does something bad. Do not laugh at him in public - only in very rare cases, when this is exactly appropriate. Allow him to make himself some decisions about you two. Do not meddle with "valuable" remarks, even if you know exactly how it will be better, more efficient and faster. Respect extends to interests, hobbies, activities - even if you do not like the hobbies of a partner, you still consider them worthy. Surround your man with care and tenderness. Walking along the rows of products in the supermarket, remember what kind of chocolate he likes, and treat him to them at the next meeting. If you live together, you can offer a man something nice - a glass of hot tea, a hot sandwich or something more intimate. Care and attention are manifested in small things - when, doing something, we think about the person we love. Or we refuse something, because it will be unpleasant for him. Understand your partner. In general, it's not easy to do, especially when your personal ideas, misconceptions and worldviews interfere. Women especially start to think a lot about their men - this is wrong. Of course, the ability to understand and feel a partner comes with time, but it is necessary to go to it. Listen carefully to what he says. Find time to sincerely communicate heart to heart, and not about all sorts of everyday and superficial things. And show much patience. Do not expect this from a man, because it is the woman - in its own way the strongest and most stable link in the pair. As you can see, there is nothing supernatural in these postulates. These are elementary norms that are based on love and understanding of one's inner nature and partner. Between a man and a woman, quarrels can occur because of particular trifles, or you may face crises, but the feeling of compatibility must be permanent. As a rule, everything is solved through honest and open communication with each other. And then the couple achieves true intimacy.

How to know that a guy has fallen in love with you, and how to distinguish love from falling in love?

Seduction lessons for wishing to get married