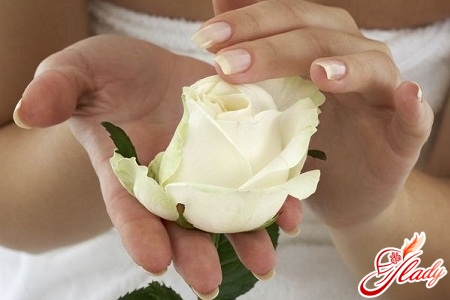 A woman always wants to look beautiful andflawless to the very tips of the nails. In the first century BC. e. Egyptian queen Cleopatra covered her nails with henna, she also compiled the first handbook for body care and nail painting, and introduced the nail care fashion that all Egyptian women adhered to, and even in China such a novelty immediately became fashionable. Later, they began to use nail polish based on egg whites, gelatin, wax with the addition of natural dyes in accordance with the fashion trends of that time. Well-groomed handles with good manicure at all times give self-confidence and express individuality. A competent specialist can choose the design of nails in accordance with the appropriate occasion, mood and even the character of the hostess. Manicure is the simplest, but no less important way to change something for the better in your appearance. It is worth changing the color of nail polish - and you feel absolutely different. As for our time, trends in nail care are changing every year, whether it is color, length or shape.

In the early 21st century, not only in Russia, but also inthe world became very popular such a service as "nail extensions". About 65% of girls walked with neatly accreted long nails, which required careful care. And so that you think, and this service also goes back to ancient Egypt. During the excavations in Egypt, scientists found the rudiments of current building technologies. So the wives of the pharaohs covered their nails with gold, and the wives of the vassals with silver, slaves did not have the right to cover their nails with anything. In the modern world, such a service came only in the 50s of the XX century. But, of course, ordinary women could not afford this kind of pleasure, so at first the nails could only be built up with film stars, and not just artificial nails, but trimmed with long healthy marigolds of other women who sold them for decent amounts. But, of course, such a service did not take root because of all sorts of shortcomings - they were not durable and expensive. Later they tried to use film, tea bags, dental materials (acrylics) and much more, but all this was in vain. At present, there is a great variety of materials and preparations for creating artificial coatings. This is acrylics, and gels, and a system of glue-powder, as well as fabric coverings. Form and length with the build-up could be completely different, from round nails of medium length to long nails of clawed form. But already for today this trend goes down in history, this service is not so popular as it was 5 years ago.

Another service that is rooted in the farthe past is nail art. There are several versions of the ancestors of this work. According to one of them, Japan is considered to be the pioneer in this area. It turns out that since the time of the pharaohs, nail art has been the hallmark of every woman. And pointed to their class. According to another version, the phenomenon of nail art originated among the lower layers of African-Americans and for a long time did not cause interest in the white population of the US and Europe. Unexpectedly, the design appealed to the entire female population and quickly conquered the world. Whichever version was true, one thing remains unchanged, that the drawings on the nails are still in vogue to this day. Today's masters of manicure perfectly master the art of nail decoration. They can embody any drawing on your nails, whether it's a landscape or a portrait of a movie star. Everything depends on the desire and imagination of the client. But hand care means not only the nail decoration, but also such procedures as hand massage, spa-manicure, paraffin therapy and many others. Without such a pleasure can not do is one self-respecting beauty salon. And of course, each of these procedures has its own story. 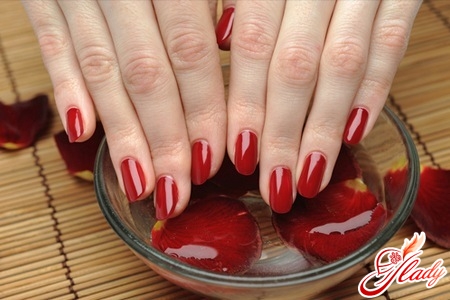 What is a spa manicure? Perhaps someone who does not know what this procedure is, and if you enter this number, I advise you not just to read about it, but also to test yourself. This is a comprehensive care for nails and hand skin, which combines high efficiency with a strong relaxing effect on the entire body. Until now, it is really unknown where exactly such a wonderful procedure as spa-manicure came to us, but according to one of the most probable versions it originated in Belgium, in a small town rich in healing springs. The truthfulness of this story was not confirmed, but this does not prevent the ladies from enjoying this beautiful procedure.

With paraffinotherapy, it's quite the opposite,it is absolutely certain that this procedure originated in ancient times. Ancient Roman men discovered this technology and began to use it, in order to warm up the muscles before the massage. And only 3 centuries ago, Polish women, using this method, began to bleach the skin with paraffin therapy. Later, in the USSR, this technique was used to heal wounds and sports injuries. But years later, all this has led to the fact that now we can enjoy this procedure, which delivers an unusual pleasure, relaxes not only the hands, but also leads to relaxation of the entire body, thanks to the fact that it is in the hands of collected a lot of nerve endings associated with various human organs. What exactly is this? Paraffinotherapy is a very pleasant rejuvenating and toning procedure for the skin of the face, hands and feet. This procedure is performed with the help of melted and heated to 55 degrees cosmetic paraffin. You can talk for a long time about different types of procedures, build-ups, decorations of hands and much more, but still the main and invariable leader among the girls' priority at all times is the traditional manicure with the help of a different color palette. Well-groomed nails with the right color are always considered and will be considered one of the main attributes of this woman. We thank the experts of the Educational Center "Head-up" in the preparation of the article. We advise you to read:

Paraffinotherapy at home: an effective procedure for the hands, feet and face

European manicure: the advantages and disadvantages of the unedged hand care method

Cream from black eyebrows: a review of the best remedies

Red stretch marks on the body

How to smooth the face?