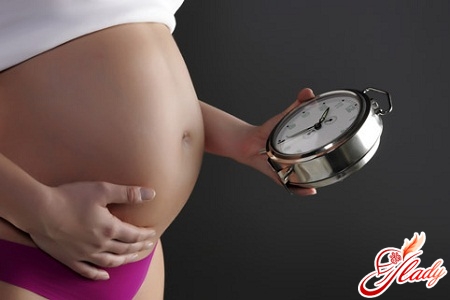 The detachment of the placenta in the early stages of pregnancy,as, however, and later - it's just the embodiment of a nightmare for any pregnant woman. And they are right, because this phenomenon entails very negative consequences for the fetus and, unfortunately, often its death. Can this be avoided and what needs to be done to achieve this? Let's start from the very beginning - what is the placenta? As a rule, future mothers have extremely vague ideas about this - some kind of body, through which oxygen and nutrients enter the child. However, if you look more closely, you can tell about the placenta the following: the name itself was derived from the Latin word, which is translated from a flat cake. And really - most of all in its form the placenta resembles a cake, which consists of a large number of lobules. On the one hand, the placenta is firmly attached to the uterine wall, and on the other hand it has an umbilical cord, with which it connects with the baby. By the way, very often women say "after", meaning exactly the placenta. However, the latter is not only the placenta, but also the umbilical cord and fetal membranes. The placenta begins to form from the moment of insertion of the fetal egg into the mucous membrane, but it begins to function fully only from the beginning of the sixteenth week of pregnancy. The placenta has a fairly large diameter - at the time of birth, about twenty centimeters in diameter, and weighs about 600 grams. The placenta is assigned a fairly large number of very important functions:

However, unfortunately, the placenta can not protectthe child from all without an exception of harmful substances - many pathogenic microorganisms and toxins pass protective barriers. That is why the future mother should be very attentive and careful, not allowing penetration into her, and therefore into the children's body of poisonous substances and infections. Noticing the above symptoms,a woman should lie down as soon as possible and immediately call an ambulance. Of course, most expectant mothers are very much afraid, start nervous, cry, sometimes try to get to their doctor - the gynecologist. However, all these actions only aggravate the situation, because they provoke an even greater detachment of the placenta. So try to calm down first. As practice shows, doctors manage to save up to 70% of all such pregnancies. A woman must necessarily be hospitalized in a gynecological ward, where doctors will immediately begin a pregnancy-preserving therapy. In the same case, if the detachment occurred at a later date of pregnancy, if the pregnancy allows a child to survive outside the mother's body, doctors decide to carry out emergency delivery. In the event that the area of ​​placental abruption is not very large, which means that the bleeding is not strong, the doctor will puncture the fetal bladder. This measure will stop the bleeding and will allow for delivery in a natural way. In the same case, if the bleeding is extensive, the delivery should be as soon as possible - therefore, an emergency cesarean section is performed. But even in this case, the future mother should not panic - in almost all cases, doctors manage to prevent tragedy and save life and health for both mother and baby. 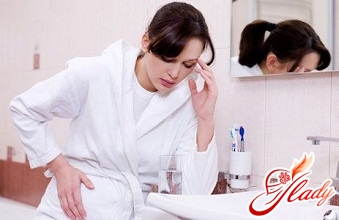 Aging of the placenta

In the event that the expectant mother regularlyvisits a doctor - gynecologist, she can not be afraid of premature aging of the placenta, as the doctor will notice the beginning of the problem development in time, and therefore, will take all necessary measures. Remember that the doctor - gynecologist for you should become a benchmark for waiting for the baby. We advise you to read:

Tablets from allergies during pregnancy and other drugs

Mint during pregnancy - "for" and "against"