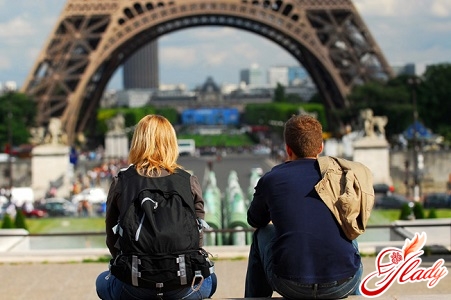 France - an extraordinary country, not endowed withonly the amazing beauty of nature, but also embodied all the best in architecture, cooking, art and fashion. In it, the elegance of the metropolitan palaces is marvelously combined with the sweet simplicity of the villages of Provence. There is absolutely everything for a luxurious holiday and a happy life: the Atlantic coast, the azure coast of the Mediterranean, the snow-capped peaks of the Alps, magnificent forests and meadows, and, of course, a developed economy. But a special occasion for the pride of every Frenchman is the majestic, unmatched and incomparable to any other capital in the world ... Paris! If you decide to visit Paris, you will meet at every step. Among other cities in the world, Paris is distinguished for its magnificent parks, inimitable style of life, and, of course, Parisians themselves, endowed with a mysterious charm and some careless refinement. Paris is a city of lovers, poets and artists; A city that dictates fashion to the whole globe, and where masterpieces of world culinary art are born. It is a fairy-tale city, a dream city that has not left anyone indifferent, it conquers immediately and for life, and once you become acquainted with this dandy you will not ever throw it out of your heart. But, nevertheless, the first thing that draws everyone's attention when meeting the French capital is the sights of Paris, which are a legacy of a great history and have great artistic value. 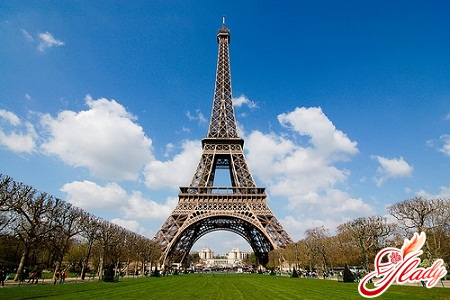 It is impossible to talk about this city without mentioningits main symbol is the Eiffel Tower. Today it has turned into a real Mecca for tourists, amazing with its greatness and day, and by the light of night lights. It's hard to imagine that immediately after the erection, it caused a storm of protests and censures. And only that her creator, Gustave Eiffel, was able to find the tower also for economic use - it houses a device for transmitting radio and TV waves, as well as a meteorological office - helped the legendary metal structures survive to this day. Today, the Eiffel Tower is a major tourist attraction, on its three levels besides the observation platforms there are also elegant restaurants where you can taste the best dishes of French cuisine while admiring the sights of Paris from a bird's-eye view. But especially admire the night landscapes of the city, flooded with gold lights, from such a spectacle just intercepts the breath! At the very foot of this grand symbol of all France, the Champs Elysees are majestically situated, which for many years have been beckoning to themselves the luxury of show-windows, fashionable restaurants and cozy coffee houses. It is in this place that employees of the most famous French corporations spend their working days and prefer to live the famous Parisians. Paris is unthinkable and without the glorified to the whole worldThe Arc de Triomphe in the square of Carrousel. It embodies the greatness of the once invincible emperor, the achievements of the entire French monarchy and its people. So there were circumstances that the great commander could not admire this architectural masterpiece, the erection of which dragged on for decades. The history of this monument is associated with one piquant detail. The fact is that up to a certain point the ensemble of the arch was organically supplemented with horses made of bronze, which, like a trophy, Napoleon Bonaparte took from an Italian temple. Later they had to be returned to the rightful owners. From the Arc de Triomphe on the symbolic victoriousthe route can be reached directly to the Louvre. And this is not accidental, because in our time it is the greatest world museum, and at one time the Louvre was a fortress and one of the royal residences. Since the XII century, each of the ruling kings sought to alter the castle in its own way, supplementing it with various artistic elements and whole architectural ensembles. Thanks to their efforts, we can admire such an unusual and harmoniously united structure in one ideological whole. The most recent modernization of the Louvre is the erection of a glass dome of a pyramidal shape at the end of the last century. To date, the Louvre is almost the most popular tourist destination, like the other sights of Paris, like a magnet attracts visitors from all over the world. Even people who are indifferent to historical cultural heritage consider it their duty to visit this fount of world art masterpieces, which simply does not exist. Tours of the Louvre do not look like idle vacations in museums, they help to move in past eras, to come into contact with the greatest creations of human genius. 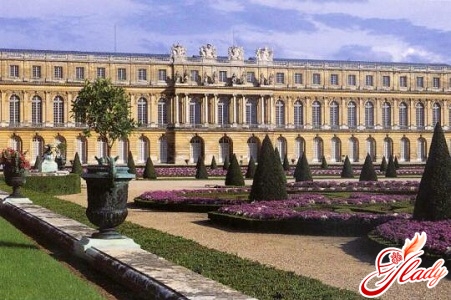 One of the most chic French castlesmonarchy, also one of the main attractions of Paris - Versailles. This castle passed a long way of becoming, presenting itself in the beginning of its life as a small settlement of village dwellers, and becoming a luxurious palace much later, which it was made by the sun king Louis XIV. The idea to give the palace the kind that we know now, came to Louis from envy to his Minister of Finance, who had a magnificent palace in the town of Vaux-le-Vicomte. It is indulging his whim, the French king decided that his castle should exceed a hundred times the luxury of the minister's palace. Yes, kings never knew how to deny themselves "small" weaknesses! Today it's so easy to imagine with your mind's eye how the ladies accompanied by fashionable gentlemen walked along the green, well-groomed territory of the Versailles park, and in its dark corners palace intrigues were performed. Absolutely all the sights of Parisworthy of attention and admiration. But, probably, none of them is sung as well as the Notre Dame Cathedral, which is well-known all over the world, which even in deeply convinced atheists causes an awesome thrill. Not for nothing is this masterpiece of world architecture dedicated to the equally famous novel of the same name by Victor Hugo, a true Frenchman and a true patriot of his country. The temple in the Gothic style is striking in the elegance of the forms, in the thoughtfulness of every detail, in exquisite decoration, the whole architectural ensemble is permeated with harmony. This building can not but be captivated. Before you go inside, you are fascinated by the perimeter, admiring how brilliant the creation of human hands can be, how subtilly it is possible to convey beauty in a stone, and how this beauty remains unshakable for centuries. Notre-Dame de Paris, as the French call it, the result of the work of not one dozen architects, it was erected over several centuries, and for its construction the best materials, advanced technologies and unique artistic incarnations were used. This is the work of thousands of people who have invested in their construction their whole soul. And, probably, that is why for a small island of Sita, which is separated from the bustling city by the calm waters of the Seine, people have been hurrying for hundreds of years from all over the globe. Be sure to drop by here and you to enjoy the majestic peace and feel the harmony that can not be expressed by words, which reigns here. In addition, from the height of the cathedral a wonderful panorama of the city opens, in the quiet of the temple you can safely watch the bustle of the metropolis. And here you can walk around the most unusual gallery - the Chimera Gallery. All without exception, the masterpieces of Paris fill the soul with a sense of beauty, are a confirmation of the harmony of our world and the genius of human thought. There are a lot of different information carriers capable of capturing the sights of Paris: photo, video, canvas, but, believe me, they will be the most reliable in your pleasant memories and in your heart that Paris has once and for all conquered.