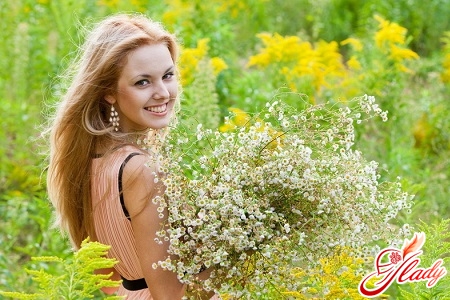 Many people face warts, sothe issue of their elimination is always relevant. Of course, the easiest way to get rid of warts with the help of a dermatologist or a cosmetologist is to do just one procedure. But not everyone decides on this procedure. Someone overcomes fear of doctors, someone - reluctance to spend money, which, as you know, are not superfluous ever. And here in most cases comes to the aid of traditional medicine, which offers a huge number of recipes for getting rid of warts. And very many funds prove to be really effective. But we must not forget that in everything there should be a measure - do not be too zealous not to harm your health. This is what will be discussed in today's conversation - you will learn about the traditional ways to get rid of warts that modern medicine offers, and also you can choose a couple of recipes of traditional medicine that you like. And pay attention to a very important point - in no case can you independently change the composition and / or method of preparation of a particular remedy, and it is necessary to do the procedures no more often than recommended. 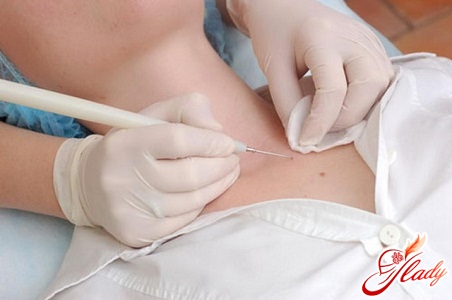 If you contact a doctor, you will be asked toseveral ways to eliminate warts. All of them are completely safe, but the differences are quite significant, so carefully read each one. Although, most likely, the doctor himself will pick up and advise the most suitable method for you.

One of the most popular ways of treatmentwarts - this is cryodestruction with the help of liquid nitrogen. Simply put, the wart freezes at a very low temperature, resulting in the death of tissues. Most people vaguely imagine how this happens - hence all sorts of fears. In fact, in this procedure there is nothing complicated. The doctor takes a special applicator (wooden stick), on the end of which there is a cotton swab. Although in some cases a special reservoir can be used - a cryoapplicator, in which nitrogen is located. If a wooden stick with a cotton swab is used, cotton wool is wetted in liquid nitrogen. Applicator for about 30 minutes - depending on the size of the wart - tightly presses against the wart, with a slight pressure. At this time, the wart will turn very pale and become much denser than usual. In a short time there will be a small swelling and redness of the skin around the wart. And an hour after the procedure, the wart will turn into a bubble with watery contents. It is worth noting - quite painful when you touch it. The bubble will be absorbed for about two to three weeks - at first the bubble itself will begin to decrease in size, then a crust will form. When this crust falls off, there will be no trace of the wart. To scratch a crust and even more so to try to tear it away in no case it is impossible, because otherwise the risk of scarring is high.

The most modern way to get rid of wartsand other benign formations - a laser beam. Advantages of this method is very much - laser removal of warts is almost painless, and scars scarred almost never remain. Although, of course, there are exceptions, but very, very rarely. Doctors use the most modern equipment - a pulsed laser. The principle of removal is very simple - with the help of a laser beam, the doctor cauterizes the nearby blood vessels that feed the wart. Very quickly the tissues of the wart, devoid of normal blood supply, will begin to die. Well, then the wart itself disappears. Most often this occurs within a week, but various variations are possible - from several days to several weeks, depending on the individual characteristics of your body. No pain, no unpleasant sensations - it is for this laser removal of warts that such love has gained. However, there is one drawback - a fairly high price procedure. 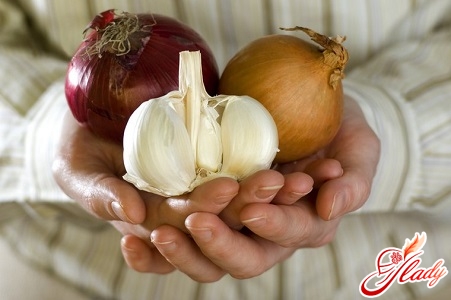 So, you appreciated the options offered to you andstill decided to use the national recipes. Let's understand together how to treat warts with improvised means. After all, the most important thing in this case is not to hurt yourself.

Garlic - the very first tool to combatwarts. But this method, like any medal, has a second side - a very high risk of damaging the healthy skin around the wart. Therefore, be sure to protect it - either with adhesive plaster, or simply with plastic wrap. Simply cut a hole of a suitable size and fasten it so that the wart is outside, and the entire skin is covered with a protective coating. Peel and grind five to six cloves of garlic and attach the resulting gruel to the wart, top cover with a gauze cloth, and then also with polyethylene film. All this should remain on the wart for at least one hour, so it makes sense to fix the structure with a plaster adhesive. It is very likely that you will feel a slight burning sensation - this is absolutely normal and should not be cause for concern. But, of course, if the discomfort is too strong, immediately remove the application and rinse the wart with water - in this case, this means should be discarded. If everything went well, the treatment can be continued - on average you need three to four weeks to get rid of warts. The procedure itself must be done every other day, at least.

In the event that garlic in its purest form for youIt is unacceptable, and you want to get rid of the wart as quickly as possible, it is worth trying to make garlic cake. For her, you need five cloves of garlic, a third of a teaspoon of any vegetable oil, flour and water. Garlic is cleaned and passed through garlic, mix with olive oil, add flour and water and knead a sufficient steep dough from which to form a cake of suitable size. Before going to bed, hold the build-up in hot water, then wipe it and attach a cake to the wart, firmly fix it with adhesive plaster and leave it overnight. This method of treatment is also very effective, but do not expect too fast results - the wart will begin to decrease in size somewhere in two weeks, and disappear only after a month and a half. And this is on condition that you repeat the procedure every evening.

If warts are small you can tryget rid of them with the help of onions. To prepare the preparation, prepare a glass jar with a lid, one small head of onions and some apple onions. Onions peel, grate on a fine grater and put into a glass container, pour apple cider vinegar so that the onion is completely covered with liquid. Cover the jar with a lid and put it on the bottom shelf of the refrigerator for 7 days. Then pour the vinegar, and garnish from the onion, return it to the jar - it can be stored for a long time: about two weeks. In the morning, rub the wart with a gruel and leave for 15 minutes, then rinse with water. But in the evening you can not do without the onion compress - apply a thick layer of onion paste on the wart, cover it with a plastic wrap and leave it for an hour. Then rinse the wart with warm water, dry it with a baby cream for the little ones - the cream should be without any perfumes and dyes. There should be no unpleasant sensations at all. True, after the onion compress you may notice redness of the wart, but you should not worry. The first week is necessary to do this procedure in a day - if the wart starts to decrease in size, and continue. And if there is no change, start to do the procedure every day. On average, wart treatment takes about two months.

If the time for preparation of various meanscategorically not enough, you can use the simplest method - apple cider vinegar. Every evening before going to bed, moisten the cotton swab in apple cider vinegar, apply to the wart. On the top, be sure to attach the plastic wrap and fix it with adhesive plaster. Leave the compress for 20 minutes, then rinse the wart and oil it with a regular baby cream. If you do this procedure regularly, the wart will disappear after about two to three weeks. Very rarely, but still there are cases when an allergic reaction to apple cider vinegar develops. And not always, by the way, it happens in the first procedure. Therefore, carefully observe the reaction of your body the first few days - there should be no rashes and redness, and itching and burning.

Raw potatoes perfectly stimulate healingany skin damage. But for a wart, it's like death - potato juice leads to the destruction of wart tissue and, accordingly, to their withering away. By the way, this remedy is very soft and does not adversely affect the healthy tissues around the wart. If the wart is small, enough porridge from raw potatoes - peel half of a small tuber, as follows, wash and grate on a fine grater. In addition, you will need polyethylene film, gauze and adhesive plaster. Kashitsu put on the wart, from above put a napkin made from gauze fabric, then - polyethylene film and fix it all with a sticking plaster. Compress should be left for two or three hours at least, and after that another three hours not to wet the place where the wart is. Do this procedure every evening and just a month from your warts there will be no trace. But if the warts are large enough, one potato gruel will not be enough. In this case, you can try raw potatoes with apple cider vinegar. Peel one small potato tuber, cut it into two pieces and put it in a plastic or glass container and pour it with apple cider vinegar, leave for a day. Then chop the potatoes, attach to the wart, on top - gauze fabric, polyethylene film and fix with adhesive plaster. Compress should be on the wart all night, and in the morning, rinse it with water and oil it with baby cream.

Enough aggressive, but very effectivea remedy for warts - a laundry soap. And you need to choose the most common soap. In addition, you will need all the same apple cider vinegar. Soap grate on a fine grater, place the shavings in an enamel saucepan and pour it with vinegar so that it closes the soap. On slow fire bring the vinegar to a boil, stirring constantly - the soap should dissolve. When the solution has cooled, you will have a thick soap mass. Every evening, apply a thick layer of this mass on the wart, cover with plastic wrap, fix and leave overnight. Pay attention - this procedure can be done no more than once in two days. In a week you will notice that the wart starts to wrinkle, and the full course of treatment will take about a month. Whichever means for treatment of warts you choose, remember the main rule - if in a month you do not see the desired result, then it is not necessary to continue. Go to a dermatologist or at least a beautician.

How to get rid of Wen: treatment recipes

Belching and heartburn: the reasons can be different

Allergy to the sun than to cure: causes, symptoms

Furuncle under the arm: causes, treatment