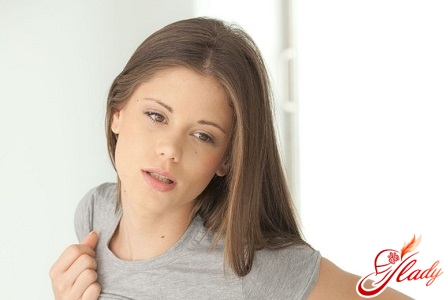 One of the most common cosmeticproblems are genital warts - a type of warts that spontaneously appear in intimate places in both men and women. They cause mental and psychological discomfort, are a source of discomfort and need to be removed according to the doctor's testimony. Many people who found themselves suddenly appeared warts, are perplexed and ask questions about what it is and how to cure such an acquired cosmetic defect. This article is devoted to ways to get rid of ugly new growths that prevent us from feeling comfortable and calm. Genital warts are a visible manifestation or, in other words, the main symptom of such an unpleasant disease as papillomovirus infection (HPV). In the recent past, virologists have recognized only the only way to get infected with it - unprotected sex with the carrier. However, nowadays, it has become increasingly common to say that HPV is transmitted also in utero, that is, from mother to baby, or during childbirth. Do not rule out the possibility of infection through the blood and even by household means, for example, through clothing. But all the same the main way of transmission of infection is sexual. The virus, entering our body, is introduced into the DNA of the cells of the epithelium of the genital organs and perineum, thereby disrupting their proper functioning. They begin the process of active growth and division, which is what leads to unaesthetic sprawl, familiar to most of us as genital warts. Why do some people know firsthand the problems associated with the appearance of such warts on the body, and others have not even really heard what it is? The fact is that the human papillomavirus (HPV), which causes the appearance of this type of wart, is controlled by immunity. When the immune system is weakened - for example, after a prolonged serious illness or surgery - it wakes up and the result of its "activity" becomes condylomata on the mucous genitalia, the anus or even the oral cavity. Because the virus is sexually transmitted, its carrier is a huge number of people. However, only 1-2% of all get sick - usually those who have weakened immunity, as mentioned above. The manifestation of the virus can be a single character (the appearance of one small wart) or multiple (several warts in the same or different places). 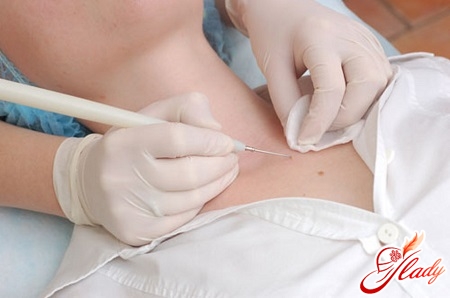 Regarding the ways to combat warts,this question is solved by the attending physician, and not by the patient himself. Since it is the specialist who, after a detailed history and evaluation of the results of the tests, will be able to select exactly the therapy that will be most effective in each particular case. In this case, the doctor will take into account the type of condyloma, their localization and quantity and listen to the wishes of the patient. However, it is in the competence of a specialist to suggest the correct, in his opinion, method of getting rid of genital warts. There are several ways to treat and remove warts. But none of them allows you to cope with the virus itself. It is only possible to carry out symptomatic therapy and, if necessary, directly eliminate condyloma. Simply put, the treatment is aimed at "lulling" the virus, making it temporarily inactive. Sometimes it is enough to consult a practicing immunologist and take antiviral and immunity-boosting medications. If drug therapy is ineffective, condylomas are removed by cryodestruction, electrocoagulation or laser. It is about them and about some of the generally accepted measures that have effectively manifested themselves in the treatment of HPV, and this article will be discussed.

Sometimes it also happens that the condylomas disappearby themselves, without any treatment. However, you should not count on it: putting the situation on its own, you put yourself at a certain risk. What happens if the warts are not treated? Over time, they will begin to get injured and bleed; sexual intercourse and even the friction of warts on the underwear will cause unpleasant sensations and discomfort. In any case, genital warts should be differentiated from other types of warts, as well as from malignant neoplasms. And only the doctor can do this, by visual inspection and laboratory tests. Therefore, it is not recommended to delay the visit to a specialist. In addition, prolonged absence of treatment can lead to festering of genital warts. Their damage leads to the formation of bleeding and very painful sores. In the absence of effective therapy, the number of warts can grow steadily - sometimes they can cover the entire skin in the genital area. And the virus itself, which is long and uncontrolled in the blood of a person, leads to a decrease in immunity and exacerbation of existing chronic diseases, as well as to the emergence and development of inflammatory processes in the pelvic organs. To date, there are no clear parallels between genital warts and oncology, but there are several reliable cases when cancerous growths occurred in their place. Therefore, treat papillomovirus with the characteristic of most people carelessness can not. I would like to remind you once again that none of these methods of combating condylomata can completely cure you of the disease itself and especially save from a relapse that occurs in thirty percent of cases. But an integrated approach can significantly reduce the risk of renewal of papillomavirus activity. Therefore, in order to achieve the maximum effect, it is necessary to combine the removal of warts with immunomodulating therapy, which should be performed by a doctor of appropriate qualification. And since HPV is a common problem, it will not be difficult to find a specialist in this field. To get rid of the aesthetic defect caused by warts is also not at all difficult. To date, such cosmetology services as the removal of genital warts have become widespread. They are provided not only in the capital, but also in the regional and district centers. Experts recommend that representatives of both sexes remove condylomas in a timely manner, as they can interfere with normal sexual intercourse, and women also interfere with childbirth. In addition, the removal of pointed warts will help restore spiritual comfort and increase confidence in their own attractiveness. We advise you to read:

How to remove pigment spots on the face of the house?