Up to what progress has reached! Now it is not necessary to cajole your hair with various decoctions and ointments so that they finally grow thick and long. Now the girl's braid to the waist is available to absolutely all girls who have the opportunity to pay for hair extensions in the beauty salon. And what methods of building up they did not come up with: tape, capsule, and on trusses! And I would go to the beauties with my hair and be happy .... but no, the removal of hair extensions in the home - almost the main issue in women's forums dedicated to caring for themselves. There's nothing to be done, just a woman is arranged: straight hair it needs to be urgently curled, curly - straighten, short to build, and exfoliated - to remove, and quickly, at home and without resorting to the services of professionals. And although it is not recommended to do this on our own, we will still tell you about the main methods of removing embossed strands without the participation of a specialist from the beauty salon. After all, whatever one may say, there are times in life when professional help is unbearable: someone has a favorite master on vacation, and somebody does not have money for the salon, and everything has to be done at home. First of all, it is worth noting that removing hair extensions at home will free you not only from strangers' strands, but certainly will also release several of your own. Often, girls simply are not mentally prepared for the fact that after the withdrawal procedure they experience real horror from the deplorable state of their own hair. Firstly, during the walk with the hair extensions they are accustomed to the density of their head of hair and, taking off strands of strangers, they feel "orphaned". And secondly, the very procedure of building, and even more so removing, inevitably spoils native hair (and at home - even more so!). Well, as they say, having lifted their heads, they do not cry in their hair, especially since in our case the head is just in place, and damaged hair can and should be treated. But any girl who has removed hair extensions, will tell you what extraordinary ease the head feels after removing the alien mane. Heat, fatigue, a headache - everything, as a hand took off! So let's quickly move on to how to remove the hair extensions themselves, at home and with a minimum risk for their own hair. So, in the way! 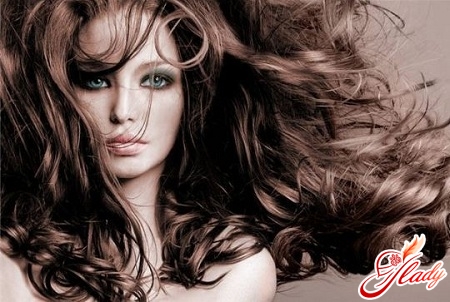 Types of hair extension and methods of hair removal

The way to remove hair at home dependsfirst of all, on how these hairs are grown. Despite the fact that "hot" build-up is used almost everywhere, there are a lot of salons where alternative methods are used. Let's look at the most popular of them: Hollywood (tape) hair extensions It's from the Hollywood method that the era of hair extensions began. This oldest technology, it was born about ten years ago and was used on film actresses to create more magnificent, beautiful hairstyles. The method of building up was as follows: with the help of narrow ribbons on an adhesive basis, extra curls were attached to the girls' hair. Despite the fact that this hairdo looked much more natural than a wig, it was not easy to comb it, and the process of building up caused rather painful sensations. This type of buildup is quite rare these days, but here and there you can find clients with requests about this method of fastening hair. After the release of the famous American television show "Top Model in American", where all beginning models were growing their hair in a ribbon way, this method became very popular in our country. So, if you have increased hair in a ribbon way and you want to remove them at home, then first of all you need to warm up the glue. For these purposes, you can use a hot jet of hair dryer: just point it at the adhesive tape. After neatly divide the strands, most of them will be easily removed. In order to remove the remnants of the fixing compound, use alcohol-containing liquids - they will easily defeat the adhesive base on the tape, and it will be quite easy to remove the last strands. Extension to metal clips (Chinese build-up) This technology appeared a little later and is now banned all over the world. Its essence lies in the fact that the hair is attached to the hair by means of metal clips, which are stacked up. In order to fix this beauty, use forceps and pliers, not unlike their namesake for working with ordinary wire. The result of this buildup is sad: not only that when attached, the hair was subjected to a monstrous mechanical action that disrupts the integrity of the hair structure, so the fixing braces literally "grind" the strands of hair with their sharp edges. Can you imagine how the hairstyle looks like in the end? If you are unlucky and you succumbed to the deception, entrusting your hair to an unscrupulous master, then you need to urgently remove your excruciated strands and take care of what is left of your native hair. Remove these clips with pliers or tweezers - you just have to "snack" the metal rings, do it easily and at home. Just be prepared for the fact that along with the overhead hair will go and the mass of its own, because the iron clamps practically cut them. French build-up (hair on tresses) French build-up came up ... Africans! After all, they are the recognized experts in the field of braids. And the method of French build-up is based just on a pigtail, which trails around the head and painfully resembles our native "spikelet". And the overhead strands are simply sewn to the pigtail, the procedure of building up is very easy and fast. But it's not very pleasant to wear such hair: firstly, it is very difficult to comb, and secondly, the spikelets are constantly trying to unravel. If you want to take off such hair at home, then, without further ado, untwist the pigtail around the head. Tresses are removed very easily, and the hair is separated without problems. But like after any other buildup, do not forget to treat your own hair: being in the "clamped" state for a long time, your hair was not getting enough nutrition, became dull and lifeless. You do not want to lose what is left after the build-up? Italian (English) Name Extensionmany, the essence is the same: to connect hair using keratin capsules, and they are attached under the influence of high temperatures. What are these capsules? Small balls of silicone resin containing keratin. In order to connect the hair, special hot tongs are used, which melt the capsule and attach donor strands. At the junction, a small round spike is formed, almost imperceptible to the eyes of others. Hot build is gaining popularity, although it is quite expensive. In order to increase hair, you will need from two to ten thousand rubles, in order to withdraw - about half of the invested amount. Although more and more you can meet tempting announcements about the hot build-up at completely bargain prices. If you came to the procedure and the "specialist" of the salon is approaching you not with special tongs, but with a construction glue gun, then run from this master wizard to the house without looking back! Do you know that the construction gun "Bosch" is most often used in the "beauty" industry? And here's what: try before going to the salon to study varieties of such devices to identify them before the procedure (do not be lazy, look into the building supermarket). But even if the hair is built up by competent and conscientious specialists, it is not so easy to remove their houses on their own. First of all, you will need a special liquid that literally dissolves keratin capsules without harming the hair. You can buy this liquid either in a specialized store or by ordering on the Internet. The network is full of on-line stores, where you can buy a remedy for removing hair extensions (for example, a gel for removing keratin capsules). So, apply the liquid (gel) to the capsules and wait for twenty minutes. Then generously cover the hair with a fatty mass: at your choice it can be a hair mask (great if it will be restorative), or just olive oil. Special liquid and fat soften the capsules, and to enhance the effect, go to the steam room or in a hot bath. You will need about an hour for the capsules to come unstuck from your native hair. If you shoot everything neatly, your hair will suffer at a minimum (sorry, but you will not get one hundred percent safety even in the salon). Cold Spanish buildup To date, it is the Spanish cold build is the safest for real hair clients. Its main charm is that the native hair is not subjected to either mechanical or thermal effects, and the procedure of building itself is done manually. At the junction of the strands, the master crafts his hands to form a capsule, consisting of high-quality surgical glue. All spikes are obtained in an equally small size, since their appearance does not depend on the density of the hair, nor on the desired length. The only criterion is the degree of professionalism of the master who deals with your hair. It is not necessary to remove hair on its own, exacerbated by the cold Spanish method. A competent specialist will do this procedure without much difficulty, but to do everything at home and without much damage to your hair is almost impossible. There is an opinion that gluing the adhesions will help the liquid to remove varnish and acrylic nails, but we do not recommend checking this theory on your own hair. There is always the possibility of failure, and believe me, that burnt and half-torn hair is a sad sight. Think: how much money will be spent on hair removal, and how much - to restore them! In the end, the miser pays twice. Initially, the girls are advised not to build their hair, but they go and build up. Then they are begged not to shoot at home what they have. But they take and take pictures, not paying attention to the indignant exclamations, oohs and ahs. "We told you!" - they hear in response to their failures, but stubbornly continue to experiment with their appearance, in any way wanting to achieve perfect beauty. And what is most interesting, reach! Because our girls, unlike some, quite can and stop the horse at a gallop, and enter the hut hot .... What can we say about removing hair, made at home - right, do not laugh! We advise you to read:

Hairstyles for long hair at home

Remedy for dandruff: the strength of herbs in folk recipes

Curl on short hair at home