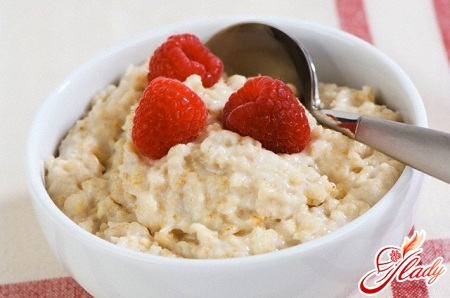 Honey is very useful, as well as naturalsweetness. It not only replaces sugar, but also has a very high nutritional value. It is not only used for food, but also widely used in cosmetology and medicine. As for cooking, the use of honey in it is unlimited, and especially for breakfast. After all, it's nice to wake up in the morning and taste hot and delicious cereal. Oatmeal porridge with honey is a great breakfast not only for adults but also for children. There are several options for recipes, cooking oatmeal with honey:

Cooking method: Milk and water pour into a saucepan and simmer to a boil. After boiling in a saucepan add oatmeal, a pinch of salt and sugar, mix and cook until thick. While the porridge is hot - spread out on pots and put in a preheated oven to 180 degrees, for 15 minutes. Honey melt in a water bath. When serving a table in a pot, put a piece of butter, and top with warm honey. Bon Appetit! 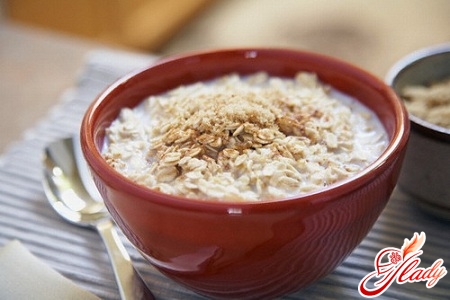 Oatmeal with honey and butter

Cooking method: Krupu beforehand, and then rinse in cold water, until the water becomes clear. In the pan, pour 2 cups of water, pour in the rump and cook for 1.5 hours. Then the resulting porridge, wipe through a sieve, in order to get rid of the lumps. Pounded porridge pour pre-heated milk, add honey and butter and mix thoroughly. Bon Appetit!

A simple recipe for tasty porridge

Cooking method: In a saucepan bring to boil milk with water, salt, add sugar to taste, the main thing is not to overdo it, as oatmeal with honey is a very sweet dish. After boiling, add the oatmeal, stirring constantly. Cook on low heat until thick. When serving, add butter and pour with honey. Bon Appetit!

Oatmeal with honey and apples

Cooking method: Milk bring to a boil and cook over low heat, for 10 minutes continuously stirring, and then pour oat flakes. Apple to wash, peel and grate on a fine grater. Mix the resulting apple puree with honey, pour the resulting mass of cream. Before serving, pour the porridge with cream and honey. Bon Appetit!

Cooking method: Milk pour into a saucepan and slowly bring to a boil, stirring constantly. Add the honey to the boiling milk, then add the oat flakes. Cook for 5-7 minutes. Before serving, add a slice of butter to the porridge. Bon Appetit! 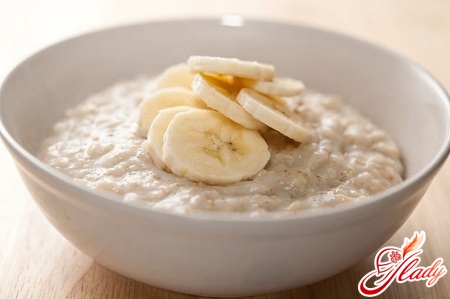 A recipe for oatmeal with honey and beer

This oatmeal with honey, is recommended for adults only. Ingredients:

Cooking method: Pour the beer into the pan and add the oatmeal to it. Put on a slow fire. Cook until the beer is almost evaporated. Then rub the resulting porridge through a sieve, put it back in a saucepan and add the milk. The cooking time on milk is approximately 5 minutes. Then add honey to the porridge. It turns out very tasty, but high in calories. Bon Appetit!

Cooking method: Pour water and milk into a saucepan and bring to a boil. Add 1 tbsp. a spoonful of honey and a pinch of salt. Immediately after boiling gradually pour oatmeal flakes, stirring constantly. Cook for 10 minutes. Peel the orange, cut into cubes. Before serving, add butter, sprinkle with cut oranges and pour with honey. Bon Appetit! We advise you to read:

Recipe lyulya-kebab: how to cook an oriental dish?