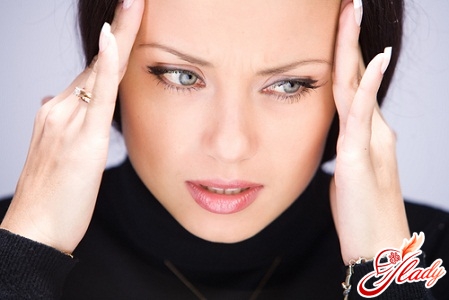 Types of lesions of the facial nerve

Despite the fact that all types of damage to this group of nerves have the same name - neuritis of the facial nerve, doctors distinguish two types of lesions - primary and secondary.

Of course, like any other disease,neuritis of the facial nerve has its own symptoms. And the main of them is the asymmetry of the face. It is observed even at the initial stage of the disease, when the damage to the facial nerve is still very slight. In the same case, if a complete lesion of the facial nerve occurs, the picture of paralysis is observed in a pronounced form: the face becomes masklike, without any expression, the eyes are wide open, the eyebrows are lowered, there are no frontal or nasolabial folds. A sick person is deprived of the opportunity to close his eyes tightly, smile or frown, sometimes even blink. Particularly unpleasant is the fact that it is completely impossible to close the eyes - the eyeball itself is raised when this attempt is made, the sclera is not completely covered up. As a result, a person is forced to sleep with half-open eyes, which greatly impairs the quality of sleep. When you try to smile, half the face remains absolutely motionless, and the line of the mouth deviates towards the healthy half. No less difficulty for a sick person and eating - it sticks between the gums and teeth, and saliva and liquid food are very poorly retained in the mouth. A sick person can not swallow food or spit saliva - all this spontaneously flows out of the mouth. During an exacerbation a person can stick out his tongue, speech is broken - sometimes very significantly. And however. Violation of the pronunciation of certain sounds - for example, b. m - also occur with an insignificant degree of facial nerve damage. In some cases, neuritis of the facial nerve may be preceded by some other symptoms. Most often, a sick person may experience pain in the ear, not particularly long and intense, but permanent, almost non-stopping. And taking painkillers in this case is practically not effective. In addition, during this period the sick person very painfully perceives any sounds, even the most usual and quiet. Soon after the appearance of pain in the ears a person can lose a sense of taste either on the entire surface of the tongue, or only on one half of it. By the way, it is rare, but sometimes the pain in the ears can be extremely intense, and even accompanied by herpetic rashes - small blisters that merge into one wound. As the disease progresses, symptoms appear that indicate that nerve fibers have been damaged that provide a normal secretory function - the production of a tear fluid stops - the eyes of a sick person are dry, sweating - the skin is also extremely dry. 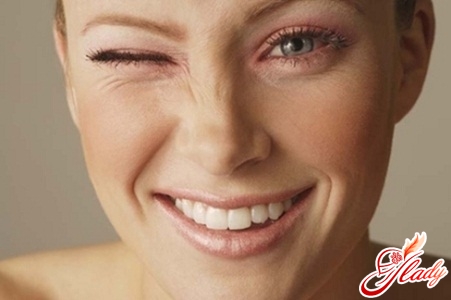 Diagnosis of this disease

Diagnosis of neuritis of the facial nerve for todayday is not difficult for doctors - neurologists. Typically, the physician has enough external visual inspection to determine the disease. However, sometimes, to clarify the severity of the lesion, the doctor can appoint a special study, whose purpose is to determine the electrical excitability of the nerve. This is necessary in order to determine whether the nerve has completely degenerated, or only partially. This greatly depends on the type of treatment. And, in addition, if the neuritis of the facial nerve is secondary, additional research may be needed to help determine the underlying disease that led to neuritis. Probably, it is necessary to address for the help to narrow experts - to the stomatologist, ENT - to the doctor.

As already mentioned above, self-treatmentSuch a disease as neuritis of the facial nerve is unacceptable. The only right thing in this situation is to seek help from a neurologist from the doctor who will choose the appropriate course of treatment for you. Treatment of neuritis should be strictly integrated - drug and physiotherapy. Otherwise, it is almost impossible to achieve improvement in the condition of a sick person - it is possible to slow down the progression of the disease only slightly. During the acute stage of the disease, a sick person should receive pharmacological preparations that must remove swelling of the tissue and inflammation. As a rule, anti-inflammatory non-hormonal drugs and agents that extend the blood vessels are used for this. It is very rare, if swelling should be removed as quickly as possible, the doctor can prescribe hormonal drugs, for example, prednisolone. As a rule, after about ten days, drugs are attached, which, as a result of the application, stimulates the regeneration of the nervous tissue, improves the functioning of the immune system and the functioning of the nervous tissue. In addition, treatment of neuritis of the facial nerve includes physiotherapy. As a rule, from the first day, UHF or sollyx are prescribed, which have a vasodilating and anti-inflammatory effect. And approximately two weeks after the disease, ultrasound treatment and electrophoresis are prescribed. If the doctor deems it necessary, he can prescribe a massage. In the event that a sick person calls for help in a timely manner, treatment of neuritis will take no more than three to four weeks. We advise you to read:

Causes of sweating. Are they dangerous?

How to increase the immunity of an adult, what needs to be changed in life

How to get rid of snoring using folk remedies?

Treatment of bronchitis in the home: how to recover in the shortest time

Symptoms of thrush in women: what are the symptoms of infection?