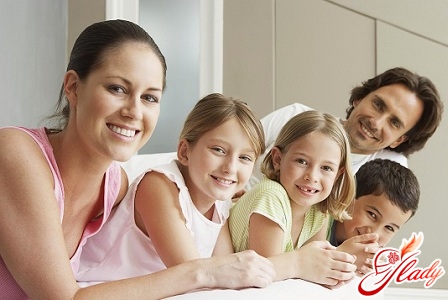 "Mother-heroine" is an honorary title, whichassigned to mothers of many children; the Order, which was given to women in the USSR, was also called. And the establishment by decree of the Presidium of the Supreme Soviet of the USSR of this order and title took place on July 8, 1944. As follows from the "Regulations on the title" Mother Heroine ", it is appropriated and accompanied by the awarding of the Order to those mothers who gave birth and brought up ten or more children. At the same time, the youngest child must at this point reach the age of one year, and all other children of this woman must be alive. Simultaneously with the Order "Mother-Heroine", the Order "Mother's Glory" and "Medal of Motherhood" appeared. When assigning the title of "Mother Heroine" to a woman, she took into account the presence of children who were adopted by her legally, as well as those of her children who died or disappeared in the performance of their military duty, in the protection of law and order or socialist property, in saving human life . Those children of the woman who died as a result of occupational disease or labor injury were also taken into account.

History of the Order

The highest degree of difference for Soviet women wasIt is established in order to celebrate the merits of mothers in the birth and - most importantly! - in the upbringing of children. By the way, there was a very interesting coincidence: the day of the establishment of the Order (July 8, 1944) fell on the Orthodox Family Day. Such a reward for mothers-women was introduced for the first time in Russian history. It is symbolic that this title began to be awarded during the Great Patriotic War, which took millions of lives of our compatriots. Most of the men who were killed or maimed at the front were very young or middle-aged. The population of the country during the war and after it significantly decreased. Therefore, the established status of the mother-heroine and the new mother-heroine of the same name, which was presented to women, especially emphasized how acutely the country needed a new generation of youth. The first appropriation of this honorary title by the Decree of the Presidium of the Supreme Soviet of the USSR was made on October 27, 1944. In total, fourteen women were awarded the title "Mother Heroine", and Order No. 1, together with the Diploma of the Presidium of the Supreme Soviet of the USSR No. 1, was handed to a resident of Russia Aleksana Anne Savelievna, who lived in the village of Mamontovka in the Moscow region and raised twelve children. She was awarded the award in the Kremlin in early November 1944. Eight sons of Anna Savelievna Aleksakhina fought at the front, four of them were killed. Now the order assigned to her is kept in the funds of the numismatics department of the State Historical Museum. Forty years ago the order "Mother-heroine" No. 1 was transferred to the museum by the children of Anna Savelyevna. Aleksekhina's youngest son, Yevgeny Fedorovich, is still alive, he is 79 years old, and he still lives in the Mamontovka settlement near Moscow. This is the only child of the first mother-heroine, who lived to this day. During the Soviet Union, there were other awards for mothers of many children. Women were awarded the medal "Mother's valor", the Order of "Mother's Glory" of three degrees - depending on how many children were born and brought up by a woman. The last time in the history of the USSR, the awarding of the title "Mother Heroine" took place on November 14, 1991 by the decree of the President of the Soviet Union. And just for the Soviet era, the order was awarded to approximately 431 thousand women with more than ten children. After the collapse of the USSR, women with many children were awarded the Order of Friendship, or they were awarded the Medal of Merit for the Fatherland. 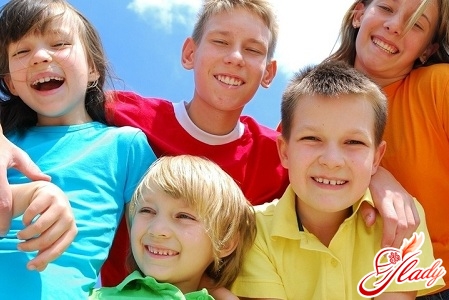 Awards and benefits for modern mothers with many children

And how in modern Russia is it withrecognition of the merits of many women? In the very first days after the Russian presidential election, Dmitry Medvedev instituted the "Parental Glory" order, which is awarded to parents with many children. On January 13, 2009, the first award ceremony was held, and the head of seven large families received the award from the hands of the Russian president. What is the difference between the new award from the former Order of Mother Heroine? How much now it is necessary to raise children in order to receive the "Parental Glory" order, and do families and families in Russia receive any benefits and benefits? Now the order is given to both parents or adoptive parents, bringing up more than four children. In addition, the government of Russia decided that parents with four or more children will receive a certificate of honor and a reward of fifty thousand rubles (one-time). Each of the parents of seven or more children will receive a sign of the Order, as well as a miniature copy of it, which can be worn on solemn occasions. The badge of the order looks like a blue cross with the emblem of Russia on the red background in the middle. For moms, the design option is provided in the form of a bow of silk ribbon, and the variant for the popes is in the form of a pentagonal shoe. Of course, the order, which was established in 1944, gave the mother-heroine certain benefits. The main privilege was to get separate apartments and pay good benefits for children. Now in Russia there is nothing like this. True, in some regions of the country large families are provided with privileges when paying for public services, without queue, they allocate a place in kindergarten and even offer trips to resorts for parents or children. A draft law is currently under consideration, which provides benefits for large families. This is the payment of benefits - one living wage for those who are awarded a medal of the third degree, and a sevenfold minimum for mothers-heroines, - and benefits for admission of children to universities, and reduced utility bills. In addition, the law prescribes the provision of multi-family minibuses, the provision of land, assistance in the preparation of loans for the purchase of housing. At the same time, a large family has the right to any of the benefits only if the youngest child has already turned one year old, and the parents and each of the children are Russian citizens. Elizaveta Sidorovna Setina, a mother of many children, who raised five children and received an award from the state even in the Soviet era, said in one of her interviews that all families with many children would react positively to such a law. It is very important that the upbringing of children - no matter how many of them - be perceived by society as the work of both parents - joyful, inspirational and sometimes hard. The appearance in the family of every new baby is a great happiness, and motherhood is a perfectly natural state for every woman. And I would very much like that the joy of the birth and upbringing of children should not be overshadowed by everyday difficulties. We advise you to read: