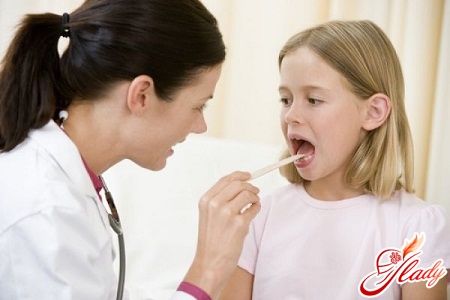 Surely everyone heard the expression "little kids- little ones. " However, while these children grow up, parents have to go through a lot - and through sleepless nights, and through a huge number of a variety of diseases. And it is very important not to get lost and help the child as soon as possible. That's why my mother has to become if not a doctor, then at least almost a nurse. And we will help you in this. In particular, today we are talking about a disease like laryngitis. Laryngitis in children, whose treatment is uncomplicated, occurs quite often - it is hardly possible to find a child who at least once did not have this illness. Most often this disease occurs in the autumn - spring period - at the junction of cold seasons. Children are susceptible to this disease at times more often than adults. And this is not accidental - due to the age of the nasopharynx the child can not properly keep the viruses penetrating inside. And these viruses fall very quickly even lower - right into the larynx. Incidentally, for an adult, inflammation of the larynx is fraught with only uncomfortable sensations, but for a baby because its larynx is too narrow, its inflammation can turn into serious problems.

What can laryngitis be?

To date, doctors have identified several varieties of laryngitis. It is about them that will be discussed below:

Catarrh of laryngitis is the easiest ofall existing forms of the disease. It manifests itself with a slight hoarseness of voice, a feeling of perspiration in the throat. In some cases, a coughing attack may occur, but as a single episode.

Outwardly, it manifests itself in exactly the same way ascatarrhal - hoarseness of voice, sometimes stronger, throat swelling, episodic coughing attacks. However, this form of laryngitis was not given its name by chance. Differences still exist - in the larynx of the child there are small nodular formations. In size they are about the same as the match head. And if such laryngitis in a baby is repeated often, then mild hoarseness can be present constantly, even when the child is perfectly healthy. But in most cases, this hoarseness disappears without a trace during the transitional age. Doctors believe that this is due to hormonal changes in the body.

Atrophic laryngitis is more seriousa form of the disease that requires special attention. With this form of the disease, there is a significant thinning of the mucous membrane of the larynx of the affected child. A crumb because of hoarseness can not practically talk, it coughs hard. Fortunately, this kind of laryngitis in children is found in only one of ten cases.

Speaking of laryngitis, it is impossible not to mention thisform of the disease. In this case, nodules are formed due to the fact that a person, due to his professional activities, talks too much. However, this laryngitis in children is not found, so we will not focus on it. In addition, parents need to know that laryngitis can be both chronic and acute. As already mentioned above, the cause of laryngitis is most often various viruses, less often - allergic factors. In some cases, laryngitis can be nothing more than a concomitant symptom of diseases such as whooping cough, scarlet fever, ARVI and the flu.

How to understand that the baby fell ill with laryngitis?

How can parents understand that their baby has laryngitis? Possessing certain knowledge, this is not so difficult. Let's find out what symptoms the laryngitis manifests: 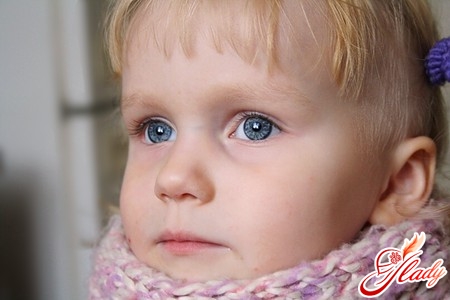 Treatment of laryngitis in children

In the event that parents start treatmentthe child is on time, the illness will last only a few days. In principle, no particularly complicated treatment of laryngitis does not require - parents can easily cope with this task independently, at home. However, it is still worthwhile to call a pediatrician to the child, who correctly diagnoses the disease and prescribes the necessary treatment. One of the most important conditions for a speedy recovery with laryngitis is the child's silence. In order for the voice apparatus to quickly return to normal, it must be at rest. If the child is old enough and is able to realize what you want from him and why you need it - there will be no problems. Well, if the baby is too small, parents will have to try hard to silence him. But parents are parents to make the impossible possible. In addition, it is very important to ensure that the child breathes with his nose, not with his mouth. And that's why always bury the drops from the cold. Air in the room must be thoroughly moistened - otherwise hoarseness can intensify even more. Of course, if you do not have a special air humidifier, you can do with improvised tools - basins with water and wet towels in the child's room. Do not forget that a sick child should drink as much as possible. Ideal for drinking any alkaline warm drink. It can be both mineral still water and milk with chalk. Of course, on the condition that your crumb does not have allergic reactions to honey. You can also give crumbs to drink warm tea, compotes and fruit drinks. The child should drink often, but little by little, with small sips. In no case should not limit the child to drinking - he should drink as much liquid as he wants. You can not ignore the inhalation - they are one of the main points of treatment of laryngitis. In most families today there are special inhalers for such cases. However, if you do not have it, it does not matter. You can do with improvised means, and even more accurately - pots. Take an enameled pan with a wide bottom, pour into it three tablespoons of eucalyptus grass. Pour it with one liter of water, put on fire and boil for about three minutes. In the event that there is no eucalyptus grass at hand, you can add a couple of drops of eucalyptus oil to the water. You can also replace eucalyptus on the grass of chemist's chamomile, sage or St. John's wort. However, remember that they can only be used if you are firmly convinced that they will not lead to allergic reactions. Otherwise, the effect may be directly opposite. Before turning off the water, add a few teaspoons of baking soda to the pan. Dense close the door to the kitchen and hold the crumb near the pan. The child will, willy-nilly, will inhale the vapors. In the same case, if the child is old enough, you can conduct a classical inhalation procedure - ask the child to bend over the pan, of course, before having cooled it to the required temperature, and cover his head with a towel. And you can use inhalations during the night - just put a pan of hot water next to the bed of a sleeping child. But, in no case, do not forget about the need to strictly observe the safety measures - the child should not at all reach out to her in a dream. Otherwise, ordinary laryngitis can turn into a serious burn. Incidentally, even our grandmothers used an ordinary potato broth to treat such a disease. Just cook a few tubers of brown potatoes and let the baby breathe over this steam. Pay attention - during the inhalation, doctors recommend breathing with your mouth. All inhalations should be performed every three hours. In the first two to three days after the onset of the disease, a very good effect is provided by hot foot baths. The water temperature should be approximately 42 - 45 degrees, and the duration - at least twenty minutes. After the bath is over, you have to put warm socks on the crumb and put it on the bed. That's why doctors recommend this procedure before bedtime. Doctors during laryngitis prescribe to the child various drugs that dilate the vessels, remove the laryngeal edema and inflammation of its mucous membrane. In addition, drug treatment is symptomatic, necessary to remove a runny nose and cough, and sometimes temperature. After all, you remember that laryngitis in children most often develops due to various viruses? So, they must be destroyed as soon as possible. And if the fever of the body can be tried to reduce the antipyretic syrup habitual for the child, then all other medicines should be prescribed by the doctor. Therefore, be sure to call the pediatrician to the baby with the first symptoms of the disease - the treatment of laryngitis in children should be carried out under medical supervision. But do not panic, because laryngitis in almost all cases does not bring the child much harm. Of course, if it's not about laryngospasm. However, laryngospasm is already a symptom of other diseases, which we will tell you about, but in other articles! We advise you to read:

Thrush in children: treatment and prevention

Allergy to milk in children: an unexpected cause of a cold in your child