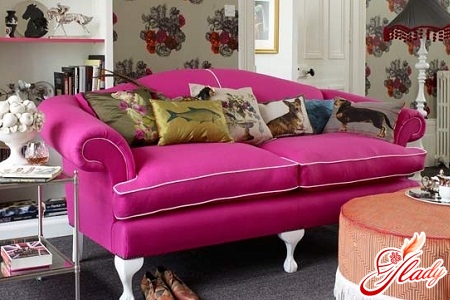 Do you know such a thing as "pseudo-art"? It means fake, imaginary, not genuine. So when we talk about the art of interior design, and above all, about the style of the interior, then by pseudo-art we mean one very ambiguous style. Kitsch is a style of pseudo-art in interior design. The very word "kitsch" was given to us by the Germans, and in German it means something insipid. It's not even a style, but some confusing mixture of styles, a combination of incompatible elements, disharmony and chaos. Nevertheless, art critics speak of kitsch precisely as a style. Is it possible? And if possible, why? And in general, how did this concept arise? What was the reason for his appearance in interior design, and how to distinguish any avant-garde or original style from tasteless kitsch? And the more so, how not to become a victim of such a "stylistic decision"? Let's try to figure it out.

Kitsch in the interior is of two main types -chosen deliberately and turned out spontaneously (unconsciously). Conscious kitsch is just the real interior style, which is chosen by uninhibited and unordinary personalities in order to show and emphasize one's own peculiarity and non-standard thinking. Spontaneous kitsch is also called an irresponsible style, which is chosen by people who want to emphasize their well-being (often ostentatious) in any, sometimes very absurd ways. That's just about irresponsible kitsch and it's worth to say in more detail. This style in the interior arises either from poverty, which people are trying in every possible way to conceal and hide, or, conversely, from an exorbitant amount of money and the desire to "amaze the imagination." Therefore, kitsch as pseudo-art has no material value. And even the rich furnishings of the house, expensive furniture and the most fashionable elements of decoration can form an interior in the style of kitsch. But, strangely enough, both conscious and unconscious kitsch have almost identical distinctive features. 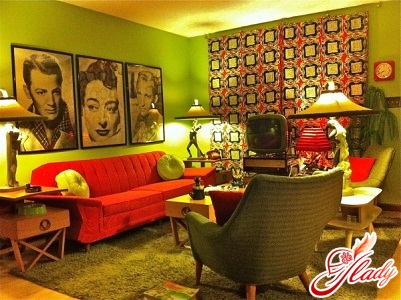 Screaming and catchiness - these are the maincharacteristics of kitsch. The house, decorated in kitsch style, just screams (if not to say "yells"): here I am! Once in a similar situation, you will immediately feel it, because visually kitsch manifests itself in unnecessarily bright colors, cluttering with necessary and completely inappropriate things, mixing elements of different styles and exhibited attributes of wealth. In conscious kitsch, this is only apparent disorder, rather a provocation than durnovkusie. This is a kind of demonstration of aggression, independence from public opinion and calling this very public, but the challenge is intentional and carefully thought out. Such a conscious kitsch can already be called art, the ability to combine incongruous and combine incompatible. In unconscious kitsch, the effect of shouting is also achieved thanks to the author's indefatigable desire to declare himself. But in this case, the dependence on public opinion and reluctance to "hit face in the mud" comes to the fore. If funds are not enough for this, then all kinds of fakes for expensive interior elements and attributes of wealth are used. In general, kitsch in the interior looks as follows: stucco molding and columns in small apartments with low ceilings, fountains in the rooms, carpets and reproductions (and even posters) of the famous canvases on the walls, fountains in the rooms, ubiquitous gilding. And also all kinds of "under": under a tree, under marble, under a parquet, under a crystal and so on and so forth. But neither imitation of wealth nor real wealth will look noble and elegant if the owners of such an interior set out to boast of this wealth (or imaginary wealth). In any case, the style of the interior of kitsch is a challenge, a message that "I am not like everyone else" or "I am not worse than others".

The emergence of the style of "kitsch"

How did kitsch (bad taste)interior style? He was formed unconsciously. It is clear that admission solidity and imaginary consistency are just a scourge of many and many people of different estates and different prosperity. And it was possible to realize such a desire when, with the onset of on-line production, fakes for expensive and high-quality things poured into the market. That's when they all rushed to turn their homes into "rich apartments." And what? Let not velvet, and plush, not gold, but bronze paint, not marble, but foam - but beautiful and "rich"! So the roots of their kitsch goes to a distant (say, not very distant) past, when provincial hotels sought to resemble capital cities, and middle-class burghers wanted to look no poorer than wealthy nobles. And during the Soviet Union, kitsch was dictated by the desire to confirm "status." Here you have carpets and crystal, so, and the status is (although there were carpets then, and crystal was enough). Kitsch of wealth is probably even worse than kitsch from poverty. If the desire to disguise financial insolvency can still be understood and explained, then the boastfulness of truly rich people borders on insanity. It seems that there are means and possibilities. But, alas, there is no sense of beauty and the ability to stop in time. Unfortunately, in our time, kitsch has not become less tenacious. On the contrary, thanks to modern technologies, this trend has not only been preserved, but also spread even wider. In order not to fall victim to the general aspiration to improve your home by any means, you must follow the measure and rules of interior design. And if you want to shock, you can use kitsch as an art for decorating your interior. 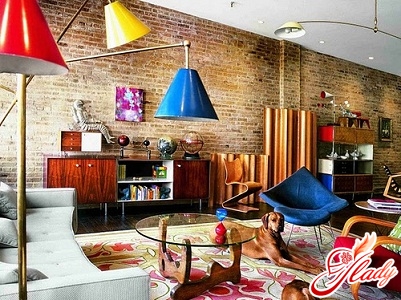 "Kitsch" as a true interior style

Intentional kitsch is a rare phenomenon, especially ifhe becomes a real work of art. Especially fond of this style of youth and nihilistically-minded bohemians. The real interior kitsch is ironic. This is a kind of parody of the past, acting as a special stylistic device, when the "vestiges of the past" are laughed at and the achievements of the present are emphasized. But such an embodiment of the style is available only to a "crazy" youth or a refined taste. If you are original, extraordinary, do not recognize the recognized authorities and reject the established traditions, then the style of kitsch in the interior is your style. But his choice must be necessarily conscious! We advise you to read:

Interior of a one-room apartment

Design of a small studio apartment

Fretwork in the interior of polyurethane and other materials

Electric fireplaces in the interior of the apartment