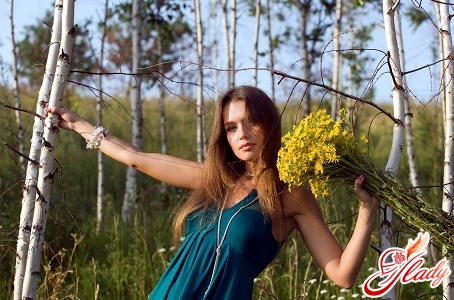 Spring is not only the triumph of greenery and floweringtrees, but also the season of seasonal colds and beriberi. To strengthen immunity and to protect ourselves from diseases, we are trying in every possible way to replenish our stores of vitamins, and one of the most useful beverages in spring is birch sap. Treatment with juice was practiced at a time when high-speed drugs were not invented. And now birch sap is considered not only useful, but also a tasty drink.

Birch juice has a rich compositionmicroelements, it contains carbohydrates, minerals, vitamins, organic acids and phytoncides, as well as saponins, tannins, fruit sugar, essential oils. In addition, the juice contains: betulol, magnesium, copper, calcium, sodium, potassium and manganese. Birch sap is considered a true elixir of longevity and health. Externally, it looks like a colorless liquid, but in terms of chemical composition it surpasses many vitamin cocktails. Birch juice is very low-calorie, for 100 grams of liquid there are only 22 calories, so nutritionists like to include it in their customers' diets.

Since ancient times, birch sap was called "live"water ", and knowingly, because it helps in the treatment of even the most serious diseases and supports the body in the period of beriberi. What are the properties of birch sap?

Previously, birch sap could be found in anygrocery store where large banks crowded on the shelves of the gastronomy. Now it is also produced in glass and cardboard packages, but the chemicals that are used for conservation, "kill" the useful properties of the drink, leaving nothing in it except the familiar taste from childhood. Therefore, if there is such an opportunity, it is better to collect birch juice on your own. This procedure is carried out from March to April, when the leaves are not yet spread out on the branches. Usually the collection takes only 2-3 weeks. Consider in more detail how to collect birch sap. To collect the juice select trees with a spreading crown and not less than 20 centimeters in diameter, it is desirable that they grow in ecologically clean areas. Approximately 20-30 cm from the ground, the trunk is peeled from the bark (a small square is cut out), and a hole is drilled 3-4 cm deep later. The juice moves between the upper layers of the wood and the bark, so a very deep hole is not required. In the prepared slot, a birch bark tray is inserted, a plastic, aluminum groove or other device through which the liquid will flow into the container. A juice container is placed under a trickle, it can be a can, a bottle or any other device. In order for the trickle to flow directly into the jar, it is sent using a bandage or straw, twisted into a bundle. Sometimes the juice is extracted, attaching an ordinary plastic bag to the cutting site. Collection of birch sap is best done at the most "harvest" time. The most active movement of juices occurs between 12 and 18 hours. In addition, the thicker the trunk of the birch, the more holes for collecting the juice can be drilled. For example, if the diameter of the barrel is 40 cm, you can make up to 4 holes at the same time. A small tree gives up to 3 liters of juice, and a larger plant - all 7-m. After the juice collection period has passed, do not forget to carefully close all the holes so that harmful micronutrients do not get there, because of which the tree can get sick and dry up. Dyrochki can be covered with pieces of moss, wax and even plasticine. The process called "How to collect birch sap" we have already considered, now it's time to move on to an equally important point - its harvesting. 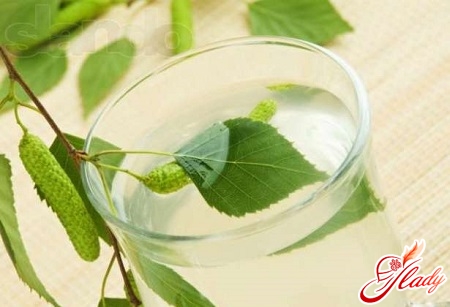 How to keep birch sap

Fresh birch sap in the fridge is acceptablestore only a couple of days, after which the transparency of the drink disappears, and he begins to wander and foam. Naturally, it is best to use fresh birch juice, but if the crop is large enough and you want to preserve all the useful properties of the drink "in the bottle," you can make the preparations using the following recipes. 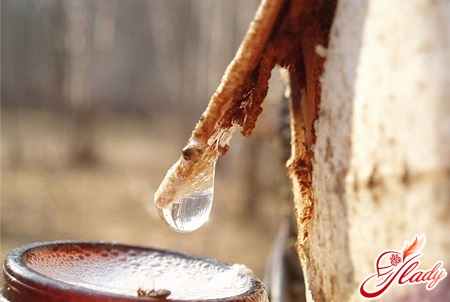 Birch juice is not only useful and tastydrink, but also the basis for natural cosmetics. To keep the skin fresh and your hair healthy, take a look at a few recipes. Nourishing mask Take 2 tbsp. l. juice of birch, mixed with 1 tbsp. l. sour cream and add 1 tsp. honey. The resulting mixture is thoroughly mixed and applied to the skin for 10-15 minutes. After several sessions of applying such masks the skin acquires a delicate matte shade. Lotion for oily skin Take dry birch buds, grind them into powder and fill them with vodka (1: 5), then pour into a tightly closed container and insist for a week. As soon as the buds are infused, squeeze and drain the liquid. The resulting lotion is a good cleanser for the skin before applying moisturizing cream. Broth for strengthening hair. To preserve the natural shine and strength of the hair, decoction from birch leaves will help. For its preparation, take 1 tbsp. l. leaves birch, pour 1 cup boiling water, we insist 20 minutes, filter through a sieve. The resulting broth rinses the hair after washing. With increased sweating A couple of times a day, it is recommended to rub the skin with tincture on birch buds. It is necessary to take 1 part of the kidneys and 5 parts of alcohol and infuse for 10 days.

The movement of juices in spring does not occuronly at a birch, but also other trees. An analogue of birch sap by the amount of nutrients is the juice of sugar and American maple. In our open spaces, maple juice is very rarely extracted, as sugar maple is common in North America, and the rest of the species grow rapidly, so it is not so productive. But in the east of the US (Vermont) and in Canada, maple juice is used to produce sweet syrups.

Diaphragmatic breathing for the benefit of the body!