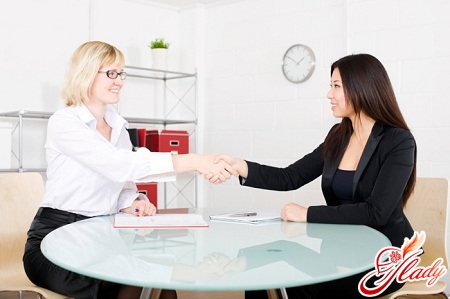 Interviewing at employment becomesstress for many people. Well, what a sadist came up with this stupid exam? It would be better to let a person work and evaluate his work in fact - then it would be possible to prove himself in all its glory. Unfortunately, employers do not like such a prospect: they want to know in advance and with minimal costs whether a candidate is suitable for them. That is why a personal meeting and a conversation with a potential employee in the modern world is a common occurrence. How does it happen? What does it include? These and many other questions you will find answers in our article.

Interview as a phenomenon exists in our worldlong enough. Even in ancient China, there were activities aimed at assessing whether a candidate is suitable for a position or not. The work of the official was very prestigious, and, accordingly, the contenders for it were the sea - that's what a tool was needed to help find the right specialist and weed out the unsuitable. But this idea was used not only by the Chinese. Ancient Greece, Rome, Egypt, Russia and later eras - at almost all times people in one way or another came up with their own ways of professional selection. Some of them were very bizarre; for example, Peter the First selected to his suite exceptionally strong boyars. In the modern world, the interview is more or less standardized. As a rule, this is a meeting and a conversation with a potential employer (or a recruiter representing his interests) about an open job. Its goal is to get to know each other, assess compatibility and clarify the details of possible cooperation. During the conversation, the employer asks questions about the education, experience, knowledge and skills of the applicant. Often the interviewer is interested in the candidate's personality: life goals, values ​​and aspirations, plans and character traits. 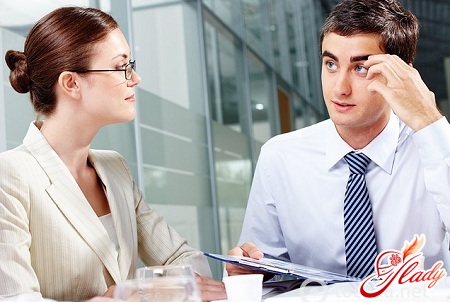 It happens that the interview is not limited tojust questions: many employers prefer to use tests and cases for an objective assessment of the applicant's capabilities. They can be both professional and psychological. By the way, the Labor Code of the Russian Federation does not regulate the procedure for testing: it is not mandatory, but there are also no bans on it. So you can refuse to participate in the test, but your chances of being recruited will significantly decrease. The structure of a typical interview includes the following stages:

Many large companies prefer to usemultistage interview: first the candidate meets with the recruiter, then with the psychologist, the division head and the general director. His candidacy is also checked by the security service - in the modern world without it anywhere. 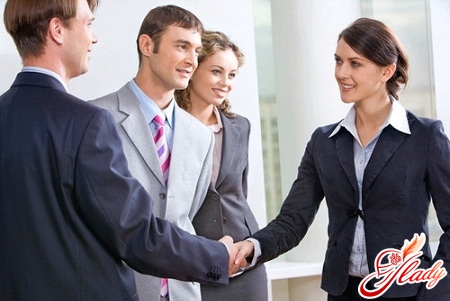 Every day, recruitment specialistscome up with some way of assessing the business and personal qualities of applicants. That is why there is a great variety of different types and types of interviews. They differ from each other for different reasons: the format of the exercise, the structure and the functional component. According to the format of the interview, the interview can be mass, individual and remote. A mass interview is conducted by employees of the organization with several candidates at once. Typically, this option is used in the selection of low-skilled personnel (in particular, sellers), since there is not a lot of time for contacts with job seekers, and the employer is interested in mass coverage of the target audience. Individual interviews are conducted with one single candidate at a precisely designated time (for example, at twelve o'clock) or at some time interval (for example, from twelve to three). Remote interview can be a telephone or video interview. Often this is a preliminary stage of staff selection, but in some cases it may be the only one. The structure of the interview can be:

Finally, in terms of functionality, we can distinguishscreening, qualifying and final interview. These types correspond to the stages of professional selection. The first is a screening interview, whose main task is indicated in the title - to reject frankly unsuitable and accidental applicants, who do not explicitly meet the requirements of the employer. This is usually done by recruiters and often by phone. The second stage is a qualifying interview. It is at this moment that the basic information about the applicant is evaluated: education, experience, motivation, salary expectations, personal and business qualities. The number of meetings can be different and depends on the number of candidates who passed the screening filter, as well as on the number of people employed at this stage. The general result, as a rule, is the allocation of several applicants for the vacancy of personnel admitted to the final stage of selection. Final interview - this is the final stage. If there were several "finalists", then with the help of this interview, a final decision is made on hiring a suitable specialist. But it also happens that only one applicant is suitable for this stage, and in this case the interview is of a formal nature - rather, the entry of the practically accepted employee into the office takes place, with the explanation of some working moments. This was the main characteristic of such an event as a job interview. The information given in this article can be useful to every person who is going to work or is already doing it. Work places are changing, and the HR manager is currently a very common type of professional activity. And in order to be prepared for communication with him, you must understand what this interview is, and "with what it is eaten." We advise you to read:

Planning Time: How to Improve the Efficiency of Your Work

Required professions for women in Russia

What to wear for a corporate party?