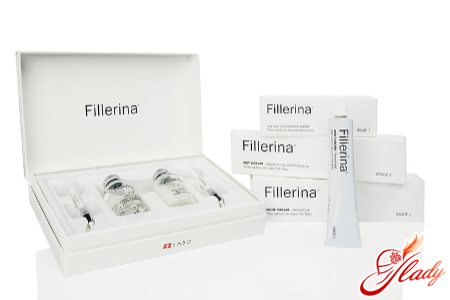 As you know, the main reason for aging and the appearance of wrinkles is

e the amount of water in the skin cells. Up to a certain age, its content in the skin is about 15-18% of the total amount in the body. With a decrease in the percentage, visible signs of aging appear: the skin becomes

, its elasticity is lost, and, as a result, wrinkles appear.

So what affects this percentage?

At the beginning of the 20th century it was a discovery that irreplaceablethe component responsible for the water balance of the skin is hyaluronic acid. Molecules of this particular substance can retain moisture in a volume a thousand times greater than their own weight. In the body, hyaluronic acid fills the "empty" space between the fibers of collagen and elastin - structural proteins, of which the dermal framework consists. Holding the fibers in a tensioned position and forming a network, hyaluronic acid literally "catches" water molecules. If the acid is sufficient, then the skin remains elastic, but if its amount decreases, the oval of the face "floats", wrinkles appear. "Produce" this substance in our organisms are fibroblasts. - cells of connective tissue. In the process of natural physiological aging, as well as due to the effects of drugs, bad habits, malnutrition and unfavorable ecology, the formation of fibroblasts is reduced, and, accordingly, the production of hyaluronic acid is directly proportional. The loss of water begins to exceed its intake. The skin loses its elasticity, becomes flabby, wrinkles appear. Despite the fact that hyaluronic acid is used relatively recently in cosmetology, there is practically no controversy surrounding this substance. Perfectly combining with the skin, the acid does not cause allergic reactions and irritations. However, the effectiveness of its application in order to solve the problems of skin aging depends on the concept of molecular weight and acid concentration in the preparation. In most modern cosmetics, hyaluronic acid is found in high molecular compounds. Their molecules settle on the surface of the skin, softening and moisturizing it, significantly improving the appearance. But because of the large size of molecules, this hyaluronic acid does not penetrate even into the upper layers of the skin. To get inside the skin can only low-molecular hyaluronic acid, the molecules of which are able to fill and smooth wrinkles. That's why injections are so popular, because thanks to a thin needle the substance gets directly into the deep layer of the skin, the dermis, and fills the wrinkle from the inside. The innovative preparation Fillerina, the scientific development of which began in 2007, is the first generation of non-invasive cosmetology products, which for the first time contains six types of hyaluronic acid of different molecular weight and size, which contributes to the correction of age-related changes in various areas of the face. Thanks to a combination of high molecular weight and low molecular weight hyaluronic acid, Fillerina provides a double effect, inside and out. Large molecules of acid prevent the evaporation of moisture, while micromolecules enter the deep layers of the skin and fill wrinkles. Fillerina is the first non-invasive filler. That is, now you do not have to do "beauty injections" in the cosmetologist's office. The drug is applied as a cream. A special applicator allows the product to be applied accurately to the wrinkle. The remedy should be used within two weeks. Depending on the initial state, the visible result is manifested on day 7-14. More on

How to get rid of pimples on the face: acne remedies

The second chin: how to get rid of the problem?

Scrub of honey and salt - the benefits are obvious!

How to remove fat from the knees?

How to burn fat on your stomach: the best ways to lose weight

Hardware manicure at home. What do you need to know?