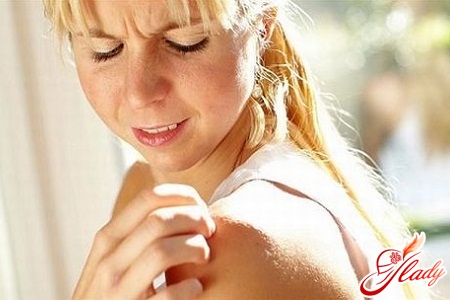 How to get rid of scabies at home? This issue is relevant to this day. Scabies is a fairly widespread disease, which can be infected by any person. This disease is transmitted with direct physical contact with an infected person, or through common objects of use - towels, dishes, bed linen. And even an ordinary door handle can become a source of infection. Therefore, it should not be considered that this disease is inherent only to low-income and socially disadvantaged people. Any person can infect him - in the metro, in public transport, in a store. Often people are interested in the duration of the incubation period in scabies. The incubation period is that interval of time that passes between how the tick will penetrate the skin, and when the first symptoms of the disease itself appear. Unequivocally doctors can not answer this question, since there are no clear time boundaries - the duration of the incubation period depends on very many subjective reasons. So, for example, in the event that human infection occurs as a result of penetration under the skin of adult female scabies mite, the duration of the incubation period can be very small - only a few hours. During this time, adult females have time not only to gnaw through the skin a large number of moves, but also to lay eggs in them. And, accordingly, the first symptoms of the disease manifest themselves very quickly. In the same case, if the infection of a person has occurred by the mites of the itch mite, the incubation (latent) period will increase significantly - it will be approximately fourteen days. Approximately two weeks are necessary for the larva of the scabies tick to pass through all stages of its development, and become an adult capable of reproduction.

There are a number of specific symptoms, the appearancewhich indicates that a person is infected with an itch mite. One of these symptoms is the strongest itch. A person experiences a strong, tearing skin itching, which almost disappears during the day. But in the evening and night hours, the itch returns with renewed vigor, becoming almost intolerable. This itch can almost completely deprive the person not only rest, but even sleep. However, doctors - dermatologists say that in different people the manifestation of scabies can be different - depending on the number of scabies mites and the individual characteristics of the organism of each individual person. There are a number of factors that affect the intensity of skin itching. First, itching occurs at a time when the itch mite gnaws through the skin and moves under the skin. Accordingly, the greater the number of ticks, the more strokes they do, and the more itching. In addition, itching can be intensified because of a possible allergic reaction of the human body to the products of the life of the itch mite. Incidentally, many experienced doctors - dermatologists during the treatment of scabies appoint patients with antihistamines, which greatly facilitate the human condition and reduce the intensity of itching. When examining the affected areas of the skin, the physician can easily detect visual signs of the disease: the presence of serous crusts, scabies, papules. They can be a large number, and maybe - and very small - it all depends on the number of itch mites. As a rule, the localization of scabies with scabies is typical - the lesions are localized in the region of the knee or elbow joints, hips, abdomen, buttocks, hands and mammary glands. As already mentioned above, the most important and distinctive symptom that indicates the presence of mange scabies is the presence of those itchy strokes that the female of the itch mite does in the epidermis. To distinguish it is not so difficult - it is a reddish line, straight or curved, towering a few millimeters above the skin. At one end of this move, you can easily see the black point - actually, the female scabies mite. And sometimes the itch moves look quite different - a kind of chain of small bubbles that are located in one line. And this pattern is most often observed in children. In especially severe cases, if the disease lasts for a long time, and the sick person for whatever reasons does not receive the specific treatment he needs, on the surface of his skin, without any effort, with the naked eye, it is possible to find out aged scabies, which are cracks in horny cutaneous cover. Typically, a similar clinical picture is observed if the disease lasts more than two months. But in the event that the disease lasts no more than two weeks, independently, without the help of a doctor, it is almost impossible to detect itch moves. By the way, in the event that a person carefully observes all the rules of hygiene, it is also not so easy to detect itch, even to the doctor. In such cases, doctors - dermatologists talk about malosimptomnoy scabies. And it is very important to diagnose the disease correctly and timely and prescribe a treatment. Otherwise, the disease can take a neglected form of flow, and for its treatment will require much more time and effort. However, the presence of itch moves is not the only sign of the disease. Another characteristic feature of scabies is the presence on the skin of small bubbles of bright pink color, filled with transparent contents. In no case is it inadmissible to squeeze out the contents of these vesicles - otherwise there is a risk of infection of the wound and even purulent abscesses. In addition to the bubbles for scabies, it is very characteristic that there are areas of skin that are largely combed, as well as crusts. Most strongly, these symptoms are expressed in places of localization of scabies mites - hands and feet, knee - elbow joints, abdominal area and other places, which have already been discussed above. 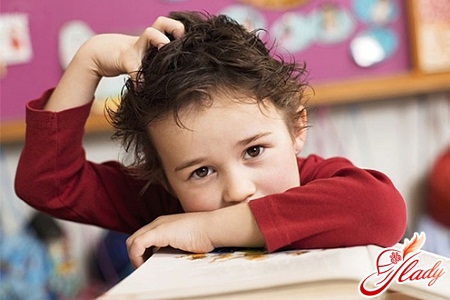 Scabies in children have a number of their ownspecific features. First, the defeat of skin in children occurs at times faster than in an adult. Secondly, a much larger area of ​​the skin is affected: the face, palms, soles, the scalp. The defeat can occur in just a few hours, a maximum of a day. Children, especially those under the age of three, suffer most from itching of the hands and face. Also, in a child with scabies, the nail plates change very quickly, they become much more loose, thick, and can crack. At children diagnostics of a scabies at times happens inconvenient enough. This is due to the fact that clinical manifestations of scabies in children often are very similar to the clinical picture of wet eczema. In addition, small children very often very much comb the skin, because of what is often attached secondary bacterial infection of the skin. In order to correctly diagnose, the doctor will prescribe a laboratory test that will identify the presence or absence of scabies.

In the event that you notice yourself or yourrelatives of any of the above symptoms of scabies, it is necessary as soon as possible to seek medical help from a dermatologist, and in his absence - to a doctor - therapist. Very often, people who are confronted with this disease, try on their own, at home, decide how to get rid of scabies, embarrassed to go to the doctor. However, this should not be done in any case - self-medication can only worsen both the course of the disease and the general well-being of the sick person. The doctor will choose the treatment that will be most suitable for you. And it will not entail any negative consequences for the general condition of the human body. After all, the doctor knows exactly how to get rid of scabies. Folk remedies for scabies very often do not have the expected effect, but precious time will be lost, as a result of which the disease can take on a neglected form of flow. In order for the treatment to be effective, several simple but very important rules must be observed:

As already mentioned above, get itchmites can be used when common with the sick person household items. However, in the process of treatment, repeated infection can occur, if the rules of personal hygiene are not observed. That is why, in order to get rid of scabies, during the treatment it is necessary to make a daily change of clothes, bed linen, towels and other household items. All these things need not just be washed, but thoroughly boiled - simple washing can not always destroy adult individuals of the itch mite, not to mention the larvae, which are not at all susceptible to the effects of household chemicals. Doctors recommend disinfection as follows: boil the laundry for about ten minutes after boiling, pouring one glass of soda into ten liters of water. After drying, the laundry should be thoroughly ironed on both sides.

However, itch can be found not onlyon bed linen and bed linen. And not all clothes will survive boiling, not to mention the outer clothing, which can not be boiled in principle. So what do you do? Really thrown out? Not at all - such extreme measures are completely useless. It's enough just to take clothes out on the street. In winter it is enough to leave it in the frost for two to three hours, in the summer - for several days.

Also, in no case should we forget thatscabies and their eggs can remain on furniture, dishes, door handles and even the floor. And treatment can be unsuccessful, as a person will constantly become infected. Therefore, their disinfection should not be forgotten in any case. For disinfection you can use special solutions that are sold in pharmacies. Or you can prepare a disinfectant solution yourself, at home. To do this, in five liters of water, you must carefully dissolve two tablespoons of chlorine and a glass of soda. If you follow all the above measures, you will not have any problems with how to get rid of scabies. And it is even better not to face with this, nor with any other disease at all. Be healthy! We advise you to read:

Zhirovik on the hand and ways to deal with it