Today we will talk about such a delicate problem,as an abortion. We will not discuss the moral and ethical side of the problem - since you are interested in how to interrupt pregnancy in the early stages, then you have made the best decision for you. We will make a reservation at once - if you are looking for ways to get rid of pregnancy at home, you are in the wrong place. The interruption of pregnancy in itself is a great risk to a woman's health, even if abortion is performed in a hospital and the most highly qualified specialist. And even about "self-made" abortions conducted at home, and there is no need to speak - too high a death rate. And if you are lucky and you survive, it is unlikely that sometime in the future you will be able to become a mother. Is it worth trying to get rid of pregnancy such a high price?

Recently, more and more popularityacquires medical abortion. The essence of this method of termination of pregnancy is as follows: a woman takes certain hormonal pharmacological preparations, under the influence of which the rejection of the fetal egg from the mucous membrane of the uterus occurs. Adherents of this method of termination of pregnancy argue that it does the least harm to women's health. This method is suitable only for those women who want to get rid of pregnancy in its early term - up to 5-6 weeks. If the period is longer, in no case can not be carried out medical abortion, because, firstly, it will be ineffective, and secondly, there is a risk of severe bleeding. That's why before the abortion the doctor will necessarily conduct an ultrasound study to establish the exact duration of pregnancy. In addition to ultrasound, the doctor will do some more research to get an accurate picture of the woman's condition. After all, medical abortion, like any other, has a number of contraindications. Incidentally, this is why the drug should be taken under the supervision of a doctor, and a woman must be under certain medical supervision for a certain time.

If you have any contraindications tomedical abortion, or for some reason do not want to do it, and you need to interrupt pregnancy, you can talk with your doctor about vacuum aspiration. Or, as people call it, a mini-abortion. This type of abortion is also carried out at its earliest - up to 6-7 weeks maximum. Fetus and fetal membranes are removed from the uterine cavity using a special device - a vacuum aspirator. He creates a negative pressure in the uterus and sucks the fruit, like a vacuum cleaner. Before carrying out this procedure, the doctor will carefully examine the woman, she will undergo an ultrasound examination and will pass a number of tests:

If there are no contraindications, the woman will beinterruption of pregnancy. After about five to seven days, ultrasound monitoring is mandatory, so that the doctor can make sure that the fetus has completely left the uterus, and that the woman has no signs of an inflammatory process. By the way, very many doctors prefer to prescribe a prophylactic anti-inflammatory therapy to a woman. 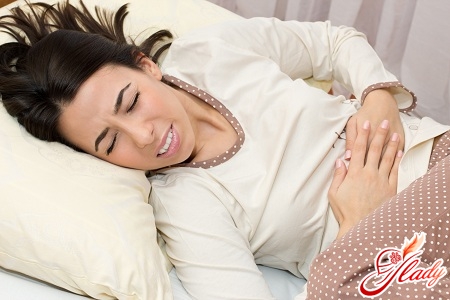 In the event that you did not have time to do itinterruption of pregnancy at its earliest date - up to 5-6 weeks, there is only one way out - surgical intervention. Before she conducts the woman will have to undergo a more thorough examination:

Before the operation, an anesthesiologisttalk with a woman, assess her health and choose the best type of anesthesia. And most often scraping the uterus is done under general anesthesia - the torture of a woman under local anesthesia has long ago sunk into oblivion. After the woman falls asleep, special tools are introduced into the uterus through the vagina - dilators, which are necessary in order to keep the cervix open. Then the uterine cavity is scraped with a curette - the doctor removes the fetus and fetal membranes. As a rule, after anesthesia a woman comes to life very quickly - only 30 - 60 minutes after the operation, and sometimes faster. The first day will probably need several injections of oxytocin, which will help the uterus contract. On this day, a woman should stay in the hospital, under the supervision of a gynecologist. If there are no complications, the next day the woman will be able to return to the usual way of life. Of course, with the exception of intimate contacts - they can be renewed only after the doctor's permission: as a rule, after about two weeks. By the way, about the doctor. As you understand, such an intervention is very, very serious, so in about a week you need to visit your gynecologist. The doctor will conduct an examination and an ultrasound to evaluate your condition. Yes, and the woman herself must closely monitor her health. If you notice the following symptoms, immediately consult a doctor or, if it happens at night, call an ambulance:

Of course, after surgical disposal ofpregnancy can hurt both the stomach and back - this is quite natural. The uterus contracts and the woman can feel cramping pain. But if the pain becomes too strong - this is an occasion for anxiety.

During the procedure, the entirethe upper layer of the mucous uterus, so spotting is inevitable. But if there are too many of them - more than one gasket per hour - you can suspect bleeding. This is also an alarm!

If the abortion was done correctly, increasebody temperature should not be in any case. Hyperthermia is a symptom of the onset inflammatory process. Therefore, try to seek medical help as soon as possible. As you can see, if you decided to interrupt pregnancy, there are enough ways to get rid of the fetus without a serious threat to the woman's health. Although, of course, before you take such a serious decision to get rid of pregnancy, you should carefully weigh everything.

Papaverin in pregnancy and other medications

Malformations of the fetus