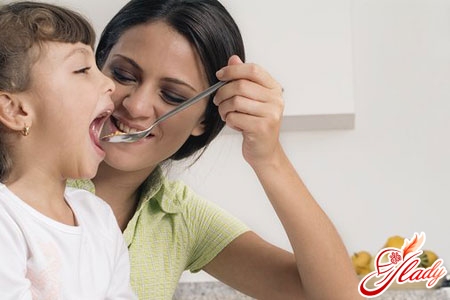 Rabbit meat, is an excellent dietaryproduct, not only useful, but also delicious. Rabbit meat is great for preparing various dietary dishes, because it contains a minimum of cholesterol and fats. The meat contains more protein, which in quantity exceeds their content in beef, pork and lamb, due to which it is used for various diseases, biliary tract, liver, stomach, etc. Also, rabbit meat is used for allergies, for normalization of fat metabolism, as well as for the prevention of atherosclerosis. It is worth noting that rabbit meat in terms of mineral and vitamin composition, surpasses all other types of meat. It contains a large amount of vitamin C, B, iron, manganese, phosphorus, cobalt, potassium, manganese, which allow not only to normalize and maintain the balance of nutrients, but also to normalize fat metabolism. Speaking about rabbit fat, it is an excellent remedy for wound healing, antiallergic and antipruritic. Dishes from rabbit are recommended first of all for people with weakened immunity, for elderly people, and first of all for children, as it is very quickly absorbed and easily digested by the body.

What kind of dishes can be prepared for a child from rabbit meat?

In cooking, there are a great many recipes- it can be put out, fried, boiled, the main thing in this business is to show imagination, because children love not only tasty food, but also beautiful. Rabbit roasted, boiled, rabbit stewed, rabbit roasted, rabbit pilaf, rabbit schnitzel, stuffed rabbit, rabbit cutlets and this is not the whole list of dishes that can be cooked from rabbit. It's no secret that the growth of a child in the first years of life primarily depends on the intake of nutrients in the body. Young children are very sensitive to the deficit of such substances, and for example, a lack of protein leads to disruptions in the work of the nervous system. The child's body needs constant supply of food, which will ensure energy needs and normal life of systems and organs. Remember! The nutrition of children should be as varied as possible, it should include products of animal and vegetable origin, and it is recommended that you first eat as many vegetables and fruits as possible. The thing is that there is no such product that can fully provide the growing body with all the necessary nutrients, which is why the baby's diet should be diverse. Let's find out how to cook a rabbit for a child? Cooking method: Meat should be washed, dried, cut into small pieces, then sprinkle with pepper, salt and fry in melted butter until golden brown. After that, roast the meat in a saucepan, pour in 2 cups of water or broth and cook until half of the water has evaporated. Then add the fried vegetables, washed rice and simmer until cooked. As a rule, children do not like the presence of a large amount of greenery, so it is better not to overdo it with greens. Ready to put the dish on the dish and decorate with cherry tomatoes. Cooking method: Meat washed, drained, passed through a meat grinder, then skip milk soaked in milk, add salt and mix thoroughly. From the resulting mass to form the little bits and fry in a pan with the addition of a small amount of vegetable oil. Onion, eggplant cut into small pieces, tomato with boiling water, remove from them peel and cut into small slices. Then fry the vegetables in vegetable oil separately, and then mix everything. Half of the resulting mixture is laid in a deep saucepan, on top of it, roasted bits and put the second half of the vegetable mixture. After this, the dish should be put on a small fire and cook for 30 minutes. This dish can be served both cold and hot. When served on a table of olives and slices of fresh tomato, decorations are made on a dish that children like so much. 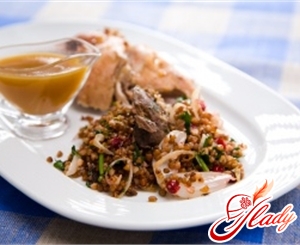 Cooking method: Carcass rabbit wash, drain, cut off the neck and shoulder blades, cut the spine with a knife from the inside, in order to make the finished rabbit easier to cut. After this rabbit pepper, salt, stuff with minced meat, sew up the abdomen. Hind legs and abdomen, stuffed with fat, put back on the baking tray and fry until cooked. Before serving, the rabbit is cut into pieces and covered with pre-fried and boiled potatoes, you can additionally decorate the plate with cranberry jam and then lay out the dish. This dish will surely please not only children, but also adults. 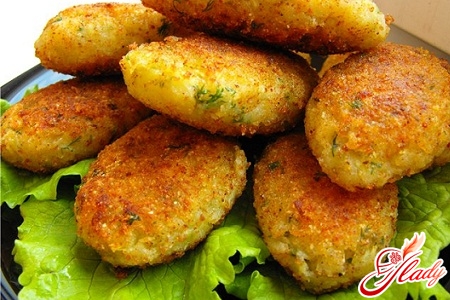 Cooking method: Meat must be thoroughly rinsed, drained and separated from the bones, then passed through a meat grinder, along with bread and bacon soaked in milk. Add the egg, pepper, salt, mix thoroughly and form not large cutlets. Fry in a well-heated frying pan with sunflower or butter. Before frying patties can be rolled in either flour or breadcrumbs. 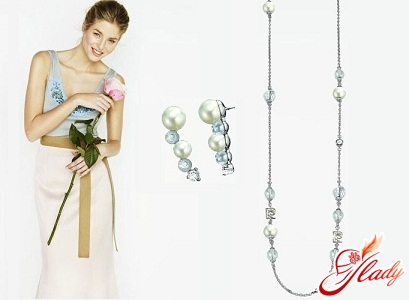 Decoration of dishes from rabbit meat

In order for the child to sit down with pleasuretable, many parents resort to small tricks, namely they decorate meat dishes, namely rabbit dishes, which absolutely anyone will absolutely like. Here are a few ideas:

Tips for cooking rabbit for children

Superhero, I know you!

Baby products - what to look for when choosing them

"Right" toys for the child

A gift for a child of 2 years: what can please the young children