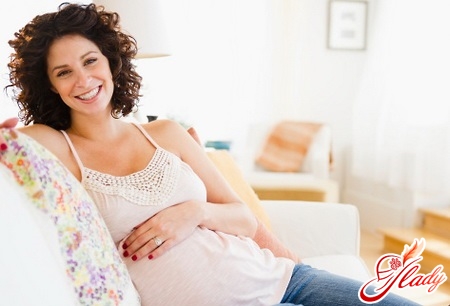 In the rating of the most asked questions to women,"In the first place, perhaps, is the question" Who do you expect? "The gender planning of a child can be compared to a lottery with only one difference: in most cases, the lottery turns out to be a win-win with any result. Most often for parents, the very fact of the appearance of a child is important. And it would be at least unfair to the baby to form gender preferences in advance: "We need to conceive a boy, girls do not need us", or vice versa. However, sometimes there are situations when planning the sex of the child is vital. For example, in the presence of diseases transmitted through the female line, the birth of a girl is highly undesirable.

Ancient methods of conception of the boy

The question of how to conceive a boy was asked withancient times, when the tradition of transferring the inheritance, for example, the throne, was exclusively alive in the male line. Extension of the genus in those days was given great attention. There were many methods and beliefs about how to conceive a child of a certain sex. For example, to conceive a boy in China in ancient times, a woman lay her head to the north, the Egyptians waited for a full moon, and the Germans - warm sunny weather. For some peoples, an ax under the pillow or a cocktail of lion's blood with wine before intercourse was the necessary attribute accompanying the conception of the boy. Some methods have survived to our time. So, quite often today a table, which came from Ancient China, is used to conceive a boy. It takes into account the combination of the month of conception and the age of the mother. It is interesting that the original of this table has survived to our days and is in Beijing. The Japanese invented for this case their own, more complex version of the table, according to which the "magic" number is first determined on the basis of the combination of the month of birth of the parents, and then, using the diagram, the probability of conception of the child of a particular sex is determined. There are many more methods: diet, the conception of a boy by blood, various poses, rituals. How effective they are is a controversial issue. The lack of scientific justification raises certain doubts. All this can have the effect of nothing more than psychological comfort and additional exotic sensations. 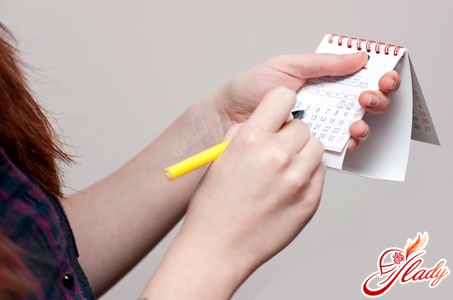 Modern science of the regulation of sexes

Times change, and the issue of process regulationfertility and conception of the boy remains all the same relevant. And the reason for this is mother-nature, which laid the unbreakable instinct for the extension of the family in us. Only now, new, scientifically substantiated, are replaced by ephemeral, sometimes mystical methods. A big breakthrough in this issue occurred with the development of the science of genetics, which decomposed our spermatozoa and oocytes into X and Y chromosomes. Thus, only XX chromosomes are present in the female body, and in the male body there are chromosomes X and Y. This knowledge formed the basis for the theory of conception for ovulation. According to this theory, the sex of the child depends on which chromosome possesses the sperm that fertilized the egg. The conception of the boy will take place in the presence of the Y-chromosome. Spermatozoa with such a chromosome are more mobile, but less tenacious, so potential parents planning a boy should perform sexual intercourse directly on the day of ovulation or the day after it. If the sexual intercourse occurred in the period up to 7 days before ovulation, the Y chromosome has little chance of surviving, in contrast to the less mobile, but more enduring X chromosomes. This is a sure way to conceive a girl.

Conception of the boy by ovulation

Can I conceive a boy by ovulation? Let's consider this question. Ovulation (Latin ovum - egg) is the period of the menstrual cycle in which the egg leaves the follicle and is ready for fertilization. Regulate this process hormones. In the body of a healthy woman of childbearing age, such periods are rhythmic, i.e. occur noticeably on the same day of the cycle. However, the rhythm of ovulation is influenced by factors such as childbirth, abortion, menopause. The regularity of ovulation can be disturbed due to viral diseases, inflammation of the genital organs, adrenal and thyroid gland disease, and even stress. During pregnancy and after menopause, ovulation ceases. Ovulation lasts about a day, but the period of probability of conception is much longer - 6-9 days (up to 7 days before ovulation and up to 2 days after it). This is due to the fact that the viability of spermatozoa is much higher. Therefore, those of them that got into the vagina for 5-6 days before ovulation, have every chance of success. The conception of the boy, however, is observed on the day of ovulation. 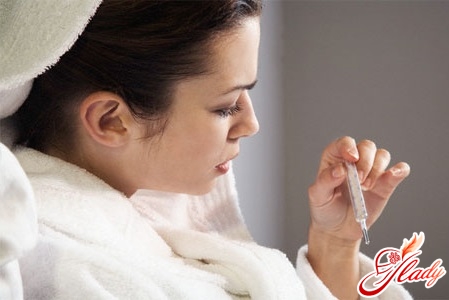 If you listen carefully to yourthe body, you can almost surely determine the day of ovulation without the use of any means. Every woman has this phenomenon in her own way. The most common are:

Methods for determining the period of ovulation

Measurement of basal temperature This methodIt is very popular among women due to its simplicity and accessibility. Its principle consists in the daily measurement of basal (or rectal) temperature immediately after awakening, when the influence of external environmental factors is minimal. The temperature can be measured in the mouth, rectum or vagina. The temperature should be measured every day, including the period of menstruation, starting from the first day of the cycle, i.e. from the first day of menstruation. Usually in the first half of the cycle, the temperature ranges from 36.6 to 36.9 degrees. Immediately before ovulation, the basal temperature decreases, and after egg release it rises to 37.0-37.3, remaining in this range until the last day of the cycle. If the pregnancy has not occurred, the temperature again decreases. Such fluctuations in temperature are the result of the influence of hormones at different stages of the menstrual cycle. Temperature values ​​are recorded in a table-graph. To analyze the data obtained, it is necessary to observe the dynamics of the temperature change in at least three cycles. In this case, it is possible with a high degree of probability to predict a favorable day for the conception of the boy. If the body temperature does not change during one cycle, do not panic immediately. The fact is that every woman has 2 - 3 cycles a year are anovulatory (ie, without ovulation). With the age of the anovulatory cycles becomes more and more, therefore the most favorable reproductive period is the age from 20 to 35 years. If the temperature changes do not occur for a long period - this is an occasion to consult a doctor. In order for this method of determining ovulation was effective, several simple rules must be observed:

It should be noted that this method of conception planning is ineffective for young girls due to hormonal changes during puberty, and also when taking oral contraceptives.

Tests for ovulation This method of determiningthe period of ovulation is less time-consuming. It operates on the principle of a pregnancy test, and looks like it. The principle of this test is based on the definition of luteinizing hormone, which for 1 - 1.5 days shows a sharp increase. On the test, the usual two stripes appear. It is not necessary to use this test every day, however, several days in a row will still have to. To determine the first day of testing for women with a regular menstrual cycle in 28 days should be counted from the estimated start date of the next cycle of 17 days. This day will be the beginning of testing. Women with a different cycle length should use the table. In order for the test to show the correct result, it is necessary to follow several rules:

In case the monthly cycle is not regular,you should choose the shortest period for testing. The testing period will be 5 - 7 days. The advantage of this planning method is the possibility of predicting ovulation within 48 to 24 hours. However, there are drawbacks. The fact that this test determines not the fact of ovulation, but the presence of a certain hormone. So, in the case of renal failure, postmenopause, hormonal imbalance, as well as the intake of synthetic hormones, pregnancy and even a sharp transition to vegetarianism, the result will not be informative. Medical methods for determining ovulation Determine the day of ovulation will help medical examination. An experienced gynecologist will easily determine the maturation period of the egg by the presence of cervical mucus, as well as the so-called "pupil symptom". The bottom line is that starting from the fifth day of the cycle and until the egg matures, the outer opening of the cervix gradually opens and reaches its maximum on the day of ovulation. In this case, the above mentioned cervical mucus is seen. Another method of determining ovulation is ultrasound examination. Indicators of maturation of the egg in this case will be the thickness of the layer of the endometrium and the development of the dominant follicle. On the day of ovulation, the follicle bursts, and the egg moves to the fallopian tube. If fertilization does not occur, the egg dies, the endometrium layer is rejected and the next menstruation occurs. Ultrasound also helps determine anovulatory cycles, in which many small ones appear instead of one dominant follicle.

Probability of fertilization of the egg directlydepends on the health of partners, their age, way of life. So, for a woman the age criterion is the period from the moment of puberty to menopause. Spermatozoa keep their activity on average up to 50 years. Smokers have problems with conception more often than non-smoking partners. This factor is more concerned with women. Smoking women often have miscarriages. If a woman took oral contraceptives, the body will need time from one month to six months to restore the process of ovulation. Sometimes it happens that no external factors do not interfere with conception, but often this process can be delayed for 6-8 months. The reason to worry is the lack of pregnancy with a regular sexual life for more than one year. If the first pregnancy was given with difficulty, then with the second pregnancy, most likely, the situation will repeat.

Intrauterine child development for weeks from A to Z

Planning pregnancy after a stiff pregnancy

How to get rid of pregnancy in the early stages?

How to know the gender of the child by the signs?