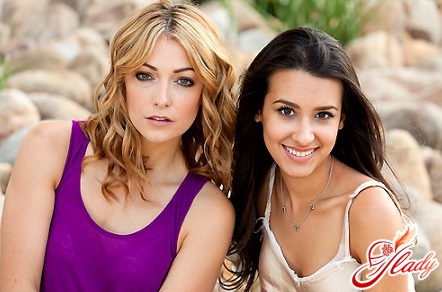 Two incurably sick people were lying in the hospital. One of them was lying by the window, and the second one had a nurse call button. The first always told his neighbor in misfortune about everything that happened in the real world: there is a fluffy white snow, dripping summer rain, ruffled sparrows are fighting, an expensive car is driving, a girl is running in a light dress. But one day a sick man who was lying by the window felt sick at night. He begged his friend to call the nurse, but for some reason he did not do it. And the patient died. The next morning a new patient was brought to the ward, and the old-timer asked to transfer it to the bed by the window. When his request was fulfilled, he saw outside the window ... only a dead hospital wall. Then he turned to the newcomer and asked: "If at night I suddenly feel bad - do not call the nurse!" (Parable of envy) "Envy - vexation for someone else's good or good; unwillingness of good to another, but only to oneself "(Dal's explanatory dictionary). Are there among us those in whose hearts a cold, unpleasant feeling of envy has never stirred? Did we not commit rash acts, guided by a sense of resentment toward a more successful person? Did not we, narrowing our eyes, look at the pretty guy friend, did not worry about the promotion of a colleague at work? And all this time they persuaded themselves that life is unfair: in fact one is more lucky than the other. Is it really so, or is it time to think about how to stop feeling jealous of those who are "faster, higher, stronger"? 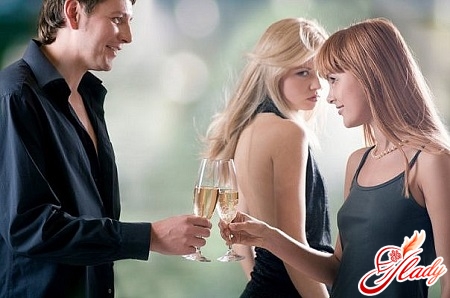 Someone very cunning came up with a sense of sharingenvy in two colors: black and white. Allegedly it is possible to envy, without causing inconvenience to themselves or to other people. It turns out that white envy is only a joy for one's neighbor, for his successes and achievements? Then why not call this quality "virtue"? Let's say your friend entered the prestigious university the first time, and you can not get there from the third attempt. Your congratulations, admiration for her mind, success - all this sincerely, "in white"? Try to honestly look deep into yourself at this moment: is there in your heart besides joy and the annoyance that the girlfriend is more intelligent, successful, deft? If you are completely frank with yourself, then you will see unpleasant emotions. It is not at all necessary to wish for the "immediate demise" of an unfortunate lucky one, so that your feeling is called envy. After all, whatever color it is called - white, black, purple - it hurts you and destroys relationships with people. Do not be deceived, soothing conscience by envying in white. In any case, your feelings are destructive. And it all begins with an innocent comparison of oneself with other people. Someone has an apartment more, someone has slimmer legs, well, and the third in general married a millionaire came out. There is a feeling of vexation, dislike, or even humiliation from the realization of "own nothingness." And what is interesting, we compare ourselves with people from our social circle. Few beggars on the street will come up with the idea of ​​really envying the owner of the tea factory. Her feelings will soon stir up a couple of large bills in the hands of a lucky neighbor on the porch. Which, however, it is natural - to dream, of course, is not harmful. But dreams of envy have nothing to do with. We, too, envy the fact of achieving what is real, burning our soul with thoughts about:

And what is the point of reasoning about such envy"White"? In any case, you want to have what others have and what you do not have. Often people do not even think about how much effort and diligence is required for lucky people to achieve something in life. And now, lying on the couch, the wretches are terribly envious of others' successes and curse their failure, being angry with those around them. But it's only necessary to get up from the fifth point and start acting, as the heights that are unattainable before will be at the very feet! And envious people in most cases, if they began to act, can achieve no less. 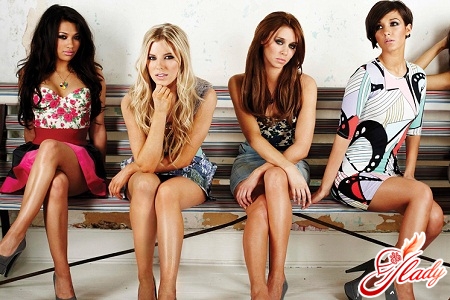 Envy - a mortal sin or the engine of progress?

As a rule, having caught himself on a feeling of envy,people often begin to suffer remorse. But do not rush to punish yourself! The feeling of envy is inherent in all. It is unlikely that there will be at least one person in this world who has never heartbroken at the thought of someone else's success. But after this "injection" happens a strange thing: people are divided into two categories. Some of them break down and try to overcome, convince, reach, receive. And others smear evil tears and hate themselves and all, accusing the world of injustice. What does this mean: for someone envy - is it an incentive for further growth, and for others - a source of bitterness and resentment? Why can someone go over an unpleasant feeling of vexation, and someone selflessly swims in it? Here everything depends on the person and character of the person. If you are used to independently achieve your goals, overcome difficulties and constantly move forward - well, you are lucky. In your case, envy is fleeting, it only puts before you one more goal, for which achievement you will take with excitement and enthusiasm. In history, there are many cases when people from a sense of rivalry reached unthinkable heights. Take at least the famous commander Alexander Suvorov. From a puny, sickly boy, he turned into a great warrior, strategist and thinker. And was not the reason why everyone was jealous when, from the window of his own bedroom, he looked at the strong boys playing "in war"? Another great example is the creation of the famous sports car Lamborghini. After all, the famous Ferruccio Lamborghini created his company "to spite" the automobile giant Enzo Ferrari, a more dexterous and successful businessman and racer. So maybe you should not think about how to stop envying people? After developing and self-cultivation, some of us are able to direct the notorious envy in the right direction and become more successful, happy. But only if envy is the only incentive to move forward, then you can burn out: there will always be someone richer, more beautiful, smarter, more successful than us. And if you continue to chase after others' successes, then your joy is simply not enough neither the strength nor the time.

The cure for envy

If you are wondering how to stopenvy people - you are halfway solving the problem. It is very important to realize that the feeling that exacerbates you is destructive. Of course, stop envious once and for all unrealistic - it's just the nature of a person, that from time to time, each of us has a flash of envy on different occasions. But not to turn this feeling into a catastrophe, spoiling life for yourself and others, you simply must. Otherwise, you will turn into that poor fellow from the parable, which out of envy allowed a neighbor to die in the ward. So, in order to understand how not to be jealous, to start living with a clear conscience and good spirits, listen to a few tips:

Take a piece of paper and on one sidewrite why you envy a certain person. On the other side, write down all the points that you have done to achieve the same result. Quite quickly you will understand one of two truths: either that you did not lift a finger for the desired result, or that your actions are simply not enough. And in either case it will be useful for you. Or humble yourself and cease to be jealous, or consider the defects and go to the end.

Less show off your achievements. Surely you also understand that boasting and envy are closest friends. The more you experience that someone is more successful than you, the more you shout about your achievements. You seem to be trying to fill the void of your own unfulfilled desires, proving to others that you are also a good fellow. It looks like a desire to cause envy of a loved one in order to drown out one's own annoyance. It will lead to nothing good in the end. Well, let's say you convince others of your own worth and success. But their own discontent will not go anywhere. Yes, and friends can start to envy you. You can believe in the evil eye, you can not - but negative energy in any case has not benefited anyone.

Remember that you may have something that you do not have.others. If you are jealous of a girlfriend with a successful career, then maybe, think - maybe she would easily trade it for your happy married life. If you suffer from the curvature of your legs, then your rival may envy your health and the absence of varicose veins. Everywhere there are pluses and minuses - just do not forget about the werewolf side of the medal (believe me, there are no rewards without it).

Be prepared to defeat envynot so easy - sometimes it takes a lot of effort. Do not be discouraged, if you can not control envy, you may need some time. And it is best for this time to be isolated from the object of envy. Are you jealous of a friend? For a while, under a plausible pretext, refuse to communicate.

Love yourself and start enjoying life. To every day, every hour of existence. As soon as you gain inner harmony, time and energy for envy simply will not remain. You are the best, clever and beautiful, you will succeed! The main thing is to believe in it. Each of us has our own way. To understand how to stop envying others, just live your life, not someone else's ambitions. You can not know what lies behind the façade of successful, successful people - perhaps they are facing the same problems as you. Just rejoice at their victories and do not forget about your own goals - no one will reach you for them.

Is there a friendship between a man and a woman: all the arguments "for" and "against"

Is there a friendship between a girl and a guy: is the mission impossible?

The daughter-in-law and the mother-in-law: relations between them