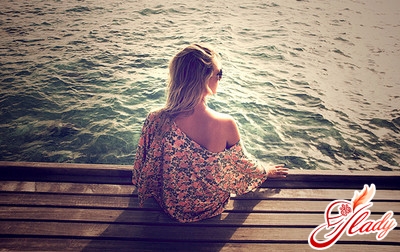 Many people believe that the more responsibilitiesthey will take on themselves and the harder they work, the sooner they will succeed. But this is not so. To achieve your goal, you need to be able to give up a hundred opportunities and focus on one and only. And what should I do if in the middle of the road it turned out that the case is absolutely futile? In this case, no matter how "fighter" you are, there is no sense to persist. Greg McKeon, the author of the book Essentialism, teaches you to stop on time and get rid of all that is superfluous.

The propensity to irrecoverable costs is verya widespread psychological phenomenon. It is a tendency to invest time, money or energy in an unprofitable project because the initial investment can not be returned. It's like a vicious circle: the more we invest, the stronger we want the project to pay off, and the more ready to invest more. Find the courage to admit your mistakes and to give up obligations, despite the irrecoverable costs. To make it easier for you, remember the story of a man named Henry Bribb, who spent all his savings ($ 2,600) on a fair game. The more money he spent, the more he wanted to win. And the prize was an ordinary banana.

The effect of ownership is a tendency to underestimatethings that do not belong to us, and overestimate their property. In an experiment that demonstrates the power of the effect of ownership, Nobel Prize winner Daniel Kahneman and a group of his colleagues gave out half of the participants coffee cups. The "owners" of the cups were asked how much they would be willing to sell their cups, and the second half of the participants - how much they would be willing to pay for them. It turned out that the "owners" of the cups were not ready to cede their "property" in less than $ 5.25, while the "buyers" did not plan to spend more than $ 2.25-2.75 on them. In other words, the mere fact of owning cups forced the "owners" to evaluate them higher and made parting with them more difficult. 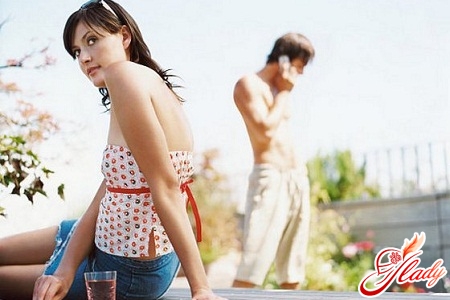 Unfortunately, the effect of ownership extends andon our activities. When we feel that some task belongs to us, it becomes more difficult to abandon it. To cope with this task, imagine that you have not received this case yet. Do not ask yourself what will happen if you miss this alternative. Formulate this as follows: "If I did not have this opportunity, how much would I be willing to sacrifice in order to receive it?"

Recognition error - the key to success

Of course, no one wants to admit that hemade the wrong choice, but if you stay true to him further, then the subsequent losses can be much higher than the original ones. Adults are afraid to seem wasteful and uneconomical not only to other people, but to themselves. But when we recognize a mistake, it becomes our past. If we deny our wrongness, then we continue to drive in circles. There is nothing shameful about recognizing mistakes. At least, we show that they are wiser than they were in the past.

Do not try to please everyone.

In the movie "Tootsie" Dustin Hoffman playsan unsuccessful actor who is trying to find work. The comedy begins with a series of episodes in which Hoffman fails the actor's test. First they say to him: "You are too young for us", then - "We would have someone younger." The third director states: "Your growth does not suit us," and when Hoffman says he can grow up, he hears back: "No, on the contrary, you are too high." The character of Hoffman needs this work so much that he continues: "Look, in fact, I'm shorter. I just came in special shoes. " The director insists, "We need someone else," but Hoffman begs: "I can become different!" In personal and professional life, we often behave like this character and try to impersonate who we are not. How to be? 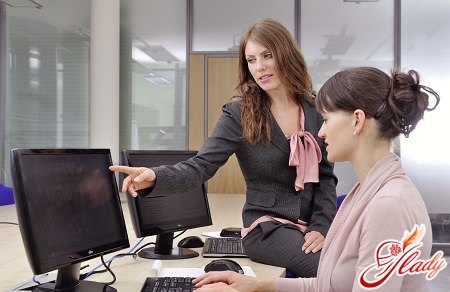 When emotions make us do somethingit is useful to listen to outside opinion. Find a person who is not involved in the current situation and who will not be affected by your choice. If he does not approve of your behavior, he will say so directly.

Stop agreeing on anything

The life of some people is crammed to the eyeballspromises given during ordinary conversations with random people. First, you chat with your neighbor about work in the school parents' committee, listen to a colleague who starts a new public campaign, or say yes to a friend who dreams of going to a newly opened restaurant. And then - bam! And you're on the hook. Perhaps this advice sounds trite, but if you accustom yourself to a five-second pause in a conversation before agreeing to something, you will be able to rid yourself of many unwanted promises. Before saying: "It sounds good, I agree," ask yourself the question: "How important is it for me?" And if you already regret that you agreed to something, find a way to get rid of an unpleasant obligation. Apologize and tell the interlocutor that you did not fully understand the whole picture when you made a promise.

Do not be afraid to skip something

Fear of missing something important is one of thefactors that prevent us from giving up unpleasant duties. To combat fear use reverse testing. This is a way to check whether a waiver of some type of activity will lead to negative consequences in your life. Has it ever happened that you gave promises to your clients, colleagues, friends or family members that seemed important to you, but which they hardly noticed? If you forget about some duties for a few days or weeks, you will check whether it really matters to people from your environment. Or do not prepare a cumbersome report once. It may take several weeks, and none of the colleagues even mention that he lacks accountability. So you will understand that the process can be completely abandoned. We feel guilty, telling the familiar people "no" or throwing the project, which agreed. In addition, no one likes to break promises. Nevertheless, if you want to be successful and happy, you need to learn this.

If a person talks to himself: signs of psychosis

Personal Diary of a Girl: A Reliable Friend and a Wise Advisor

How to overcome laziness and come to success

Causes of depression: where melancholia waits for us