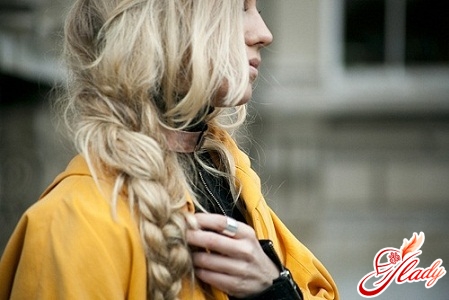 Long hair - a torment? You are mistaken. It's not the first season at the peak of fashion, different options for weaving hair. Spit and braids stylists advise to use women of fashion in a variety of hairstyles - from the simplest to the most complex. This is the French braid, and the braid "fish tail," and all kinds of harnesses, and braid a la Yulia Tymoshenko ... Depending on the hairstyle, braids can be elegant and romantic, mischievous and feminine. It's past time when braids braided tight and smooth. Now the fashion and severity, and deliberate negligence, which gives the hairdress a unique charm. These spectacular hairstyles are not at all difficult to make yourself. The main thing is to have a desire, to show originality of thinking and imagination. We offer you several options how to braid braids with different types of weaving that will allow you to update your image. We are sure that they will serve as a good stimulus for the manifestation of your creative abilities in such an interesting and fascinating occupation as creating hairstyles. Of course, everything is possible to braid simple braids. Try braiding the original pigtails. How to braid beautiful braids with complex weaves? For any case, you need a skill, and to get it, you just need to start. Let's start with a simple one and gradually move on to the complex one. This variant of the braid will be appropriate both for the imagebusiness woman, and for an evening appearance. At first glance, it seems impossible to braid the braid yourself, but in practice it turns out quite easily. Before you begin to weave a braid - carefully comb the hair along the entire length. Then select a lock of hair and divide it into three parts. 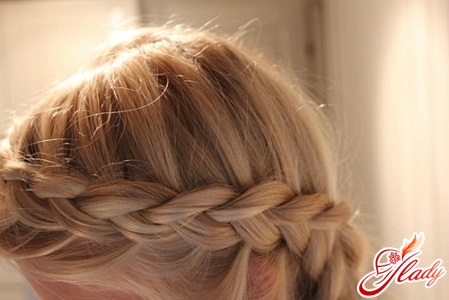 If you have already mastered the weaving of the classical French braid - you can begin to develop an inverted French braid.

By the same principle we braid two braids - classical or inverted. 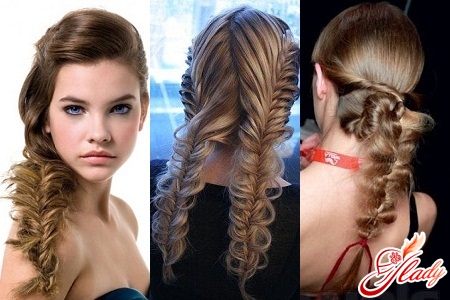 Now in vogue, naturalness, at times negligence,but this negligence should read chic. With this hair style, you will certainly attract attention to yourself. From braided classical braids or an inverted French braid we will learn to make a disheveled braid. It is extremely easy to make it yourself, but it will look like salon styling. 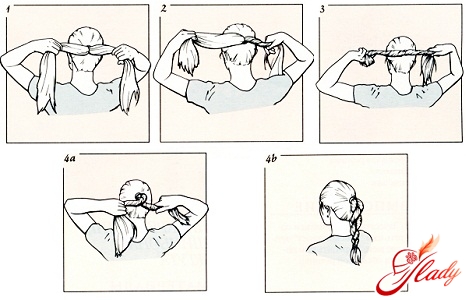 In the same way, you can weave a tourniquet from three parts. 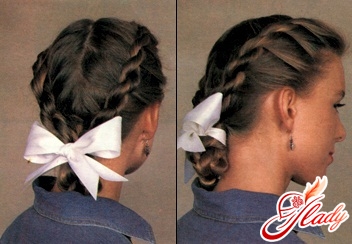 When doing braid braids, just likewhen weaving the French braid, additional strands are added. These whimsically twisted bundles create a unique relief pattern of hair on your head, and can become your favorite hairdo. The hairstyle is performed first on one side of the parting, then on the other. We learn to braid braids: Looking at this hairstyle, it seems thatyou can not do it yourself. But it turns out that this kind of weaving is almost the easiest after the usual braid. The main thing is to braid it neatly. 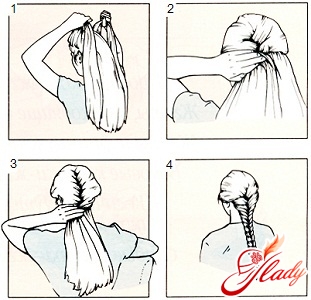 The braid can be braided in another way. The hair is collected in the tail and fixed with an elastic band. Next, the "fishtail" spear, while grabbing the extreme strands as if from under the tail. You can braid two "fish tail". We braid the braids with a weak weave, pulling the strings along the entire length - and now your hair has acquired a bohemian chic! If you want to be fashionable and shine an unusual hairdo - it's time to learn to braid braids. Good luck! We advise you to read:

Toning hair at home: the ability to experiment and change

Stylish hairstyle - a bow of hair

How to assemble the hair into a bundle correctly?