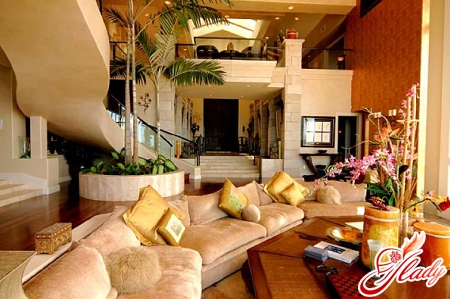 What should we build a house? Nothing but means and time. Of course, it is desirable to add to this the desire and patience, as well as the supply of nerves. Have not you forgotten anything? Forgot. And we forgot about the fundamentals of the doctrine of feng shui, which guarantees us happiness and prosperity while observing the balance of energy of water and wind in our living space. Do not be surprised. It is the harmony of water and wind that ensures the vital vitality of the qi of the surrounding space. And, on the contrary, with an obvious imbalance in the energy of these elements, the positive energy of chi flows out, devastating our lives and causing misfortunes and misfortunes. In any case, this is the doctrine of the Feng Shui. To believe or not to believe this statement is your business, but listen to the advice of feng shui masters, which they give to anyone who wants to build or buy a house, is worth it. We offer you several postulates of the Feng Shui teachings concerning the "right" home: where it should be located, how it should be planned and how it should look outside and inside.

According to the teachings of the Feng Shui, the house should not stand inloneliness. But it is desirable that the house that is behind yours is slightly larger, and the house in front (if it is there) should not be taller and taller than yours and, especially, the one that is next door to your dwelling. Trees do not violate the free flow of qi energy unless they block the entrance to your house and occupy space in front of it. But behind the house, on the left and right of it, the presence of trees is very desirable. If the trees grow along the road that runs to the right of the house - then this is generally ideal. However, the neighborhood with large busy trails, and especially with the railway track is undesirable. The same unacceptable neighborhood in feng shui is considered factories, bridges, road dead-ends and power lines. Therefore, the most favorable relief for the location of the house is hilly terrain, with a plot for the house, surrounded by a hill from the north, from the south by a plain, from the east by a river, and the west by a road. What you can not do is:

In all these cases, the tenants will beaccompany all kinds of sickness, they will turn away from luck. On the house itself, such an arrangement will also act not in the best way: it will begin to deteriorate quickly and will require constant repairs and renovation. 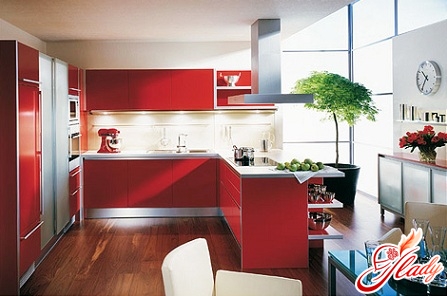 Choosing a site for construction or estimatingthe location of the finished house, it is necessary to be puzzled by its layout (or to evaluate the planned layout). Ideal is the layout, in which the longitudinal depth of the house is greater than its width. It is also important in the teaching of feng shui and the number of rooms in the house, taking into account absolutely all rooms, including kitchen and bathrooms:

In addition to the internal planning of an importantThe importance in the teaching of feng shui is both the shape of the house and its color. What does this Oriental teaching say about the forms that are habitual for us? The most favorable forms of the house are a rectangle, a square, a circle, and an octagon. The most unfavorable forms are the horseshoe and the letter "G". However, even an unfavorable form can be harmonized according to the rules of feng shui.

It must be supplemented to a rectangle. You can make an extension, plant a large tree in the missing corner, put a sculpture or a lantern. If such options are difficult to implement, then opposite the entrance door in the hallway you need to hang a mirror. If this form of the house has turned out because of the attached garage, it is necessary to balance the opposite side of the house by making a playground or laying a path in this place.

A very fashionable but unfavorable form for a house,which leads (according to the teachings of feng shui) to quarrels in the family and health problems. Especially bad if the side wings of the house is a kitchen or bedroom. However, the situation can be rectified by symbolically closing the horseshoe by planting bushes between the ends of the house wings or breaking a large flower garden there. Adjust the space and mirrors hung in front of the front door. Strictly speaking, any non-closed form of the house in the study of feng shui is considered unfavorable. And fix the situation can only fill the void and visual giving the structure of the shape of a square, rectangle or circle. 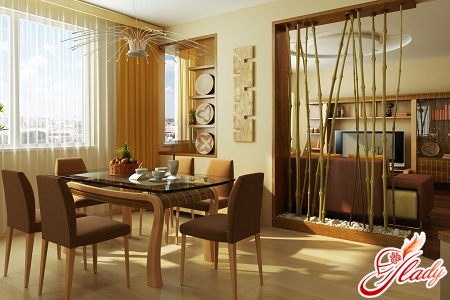 Facade of the house

The face of the house is its facade with a front door andfront garden. By the way, having a front garden at the front of the house brings luck and happiness to it. An important role is played by the path to the house, which also "makes" his face. In the study of feng shui it is believed that if the path to the house is straight, like an arrow, then this is very bad. Conversely, a winding path favors the free passage of chi energy. It is important that the material of the paving of the track corresponds to the finish of the house, in any case, they must belong to the same element. So, for example, a wooden house must have a path lined with wooden slabs or logs, and a stony trail is appropriate near the brick house. As for modern synthetic finishing materials for the facade, then in the ancient teachings feng shui on this occasion does not say anything (there was no then synthetics). However, assuming that these materials refer to the elements of fire (plastic is born in the fire!), You can pave the path with an artificial stone or red brick. The color of the house is also an important part of a properly planned home. Feng Shui masters recommend avoiding gloomy tones and in particular black and blue colors. The fact is that these are the colors of water - elements that can take away the good energy of chi. So choose for the finish of the house any colors, but only those that correspond to the elements of the head of the family or the owner of the house. Do not forget that next to the house should (simply obliged!) To have a garden, and if the size of the plot does not allow, then at least the front garden or flower bed. In general, the eastern doctrine of feng shui does not contradict either common sense or the customary idea of ​​our own home. If you look at the old Russian estates, it turns out that they perfectly meet all the rules of planning the house for feng shui. Perhaps our ancestors intuitively understood how to attract positive energy into the house, make the house comfortable, and life in it is happy. And, mind you, it's unlikely that they would read special books and certainly not look for advice on the Internet. Take their experience and the ancient teachings of feng shui, and your home will be happy! We advise you to read:

Feng Shui: zones in the house

Feng Shui: Money and the Zone of Wealth

How to decorate the kitchen for feng shui?