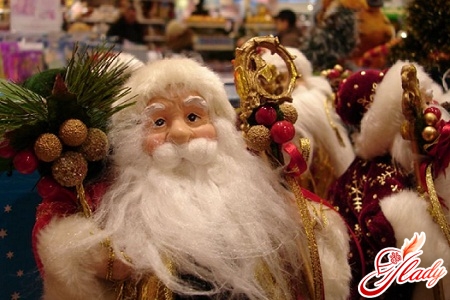 Among all the holidays, the New Year's Eveis the most expected and the most grandiose for all the peoples of the world. And, if you make a rating of celebrations, then the New Year is the undoubted leader, besides it is the oldest of all known holidays. The tradition to celebrate the New Year came about thanks to the observation of the ancient people, they noticed that everything in the world is developing cyclically: the lunar month grows and grows old, and nature, springing up every spring, inevitably ages and dies with the onset of winter. Cyclicality and regularity gave rise to rituals, which later became New Year traditions. Rituals embodied the destruction of the old world with all its troubles and the birth of a new one, which allowed to start everything from scratch - the ancient people believed that the creation of the world takes place annually. Depending on the climate, each nation had its own date of the New Year, but the meaning of the rituals that gradually took on a festive significance was unchanged-it was necessary to spend and forget the old year, together with all evil and adversity, to enable the new to be born. But, despite the fact that since the rituals and dances around the fire, it has been more than one millennium, on New Year's Eve all the same wishes for new successes and new happiness sound. 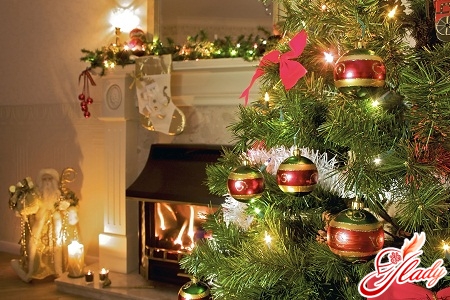 The history of the New Year holiday in Russia

In Russia, the New Year began to celebrate in March, inday of the vernal equinox, as it was believed that on this day the winter finally recedes, and the new life enters into its legal rights. It was in March that nature woke up after a long winter and began a new life cycle. But then the New Year celebrations were postponed first to March 1 - this happened after the adoption of the Orthodox faith and the baptism of Rus; and in the 15th century the New Year began to be celebrated on September 1, timed the first day of the New Year to the day of the Seed of the Summer Leader, and the entire following month, according to the biblical canons, had to be spent on rest from worldly affairs and worldly worries. But the new date did not last long and in 1699 Peter the Great issued a decree "... from the next summer count ... from 1 January from the Nativity of Christ". And after the decree of the tsar, the New Year was not only a church day, but also a secular holiday, and Peter was watching to make his celebration no worse than in Europe. Folk traditions and rituals have survived to this day, despite the frequent reforms and postponements of dates. Most importantly, the holiday has not lost its original purpose - the opportunity to start life from scratch. Orthodox still celebrate the New Year on September 1 or September 14 on the Julian calendar - in churches and cathedrals at this time are prayer services for the new year. And although the Julian calendar has not been used for a long time already, in Russia it is thanks to him not one but three New Years - the state one, celebrated on January 1, the Orthodox New Year and the Old New Year, which is celebrated 2 weeks after the official one.

And how did the New Year change in other countries? The date for the New Year celebrations is perhaps the most stable for Jews, which can not be said of France, where the date of the Great French Revolution was also the official date of the New Year. The New Year's date for Jews has remained stable due to the peculiarities of the Jewish nation - they are too faithful to traditions and although they have four New Year dates, they have remained unchanged since the Old Testament times. Two New Years celebrate the New Year for animals and trees, and two holidays are directly related to people. The New Year, celebrated in Nisan, is timed to the exodus of Jews from Egypt in 1676 BC and is the official holiday of the birth of the entire Jewish people. A New Year Rosh Hashanah is celebrated in the month of Tishrei (September) and embodies the creation of the whole world, and the next month after the feast is considered the month of heavenly judgment. And only Buddhists with Hindus do not have a fixed date for New Year celebrations, because they have a New Year defined by the lunar calendar. Summing up, we can say that each nation has its own traditions, but from this the New Year's holiday becomes more colorful. We advise you to read:

Music for the New Year