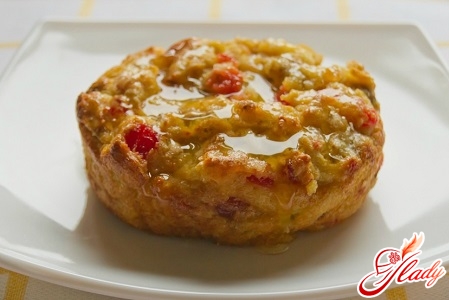 Of the whole variety of dishes of the modern Russianthe most popular and customary cuisine is porridge. Kashi saturates the body with energy and longevity. Mothers try to prepare porridge every morning to make children grow strong and healthy every morning. Only here is how to cook so that the porridge was really useful, tasty, fragrant, and even appetizing. Perhaps, the recipe for the most interesting porridge of traditional Russian cuisine can be taken up by Guryev porridge. It is perfect for cooking for breakfast and lunch. The most important admirer of this dish can be called Alexander III. Invented by the recipe of this masterpiece as early as the beginning of the nineteenth century was the serf chef Zakhar Kuzmin, who conquered the work of Minister Guryev, in whose honor the porridge was later named. Thanks to this dish, Zahar became the personal home cook of the minister. Of course, gradually the recipe began to master and other cooks, it became known outside of Russia. To date, Guryev porridge has not lost its popularity. 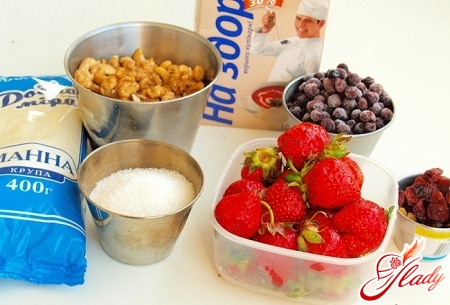 Description of an unforgettable meal

Guryev porridge can be simultaneously called andsecond course, and dessert, which is why she is loved by children. The recipe for cooking such a dish is quite laborious, but it's worth it to tinker and delight your family. Guryev porridge - a thick porridge, cooked with semolina on milk, layers with kaimak, different nuts and jam from fruit and caramelized in an oven in a small heat. Kaimak - foam, which is removed from the cream, poured into a wide frying pan. The resulting foams alternate layers with thickly cooked semolina porridge, pre-mixed with chopped nuts. All is brought to readiness on low heat in the oven. The ready-made mass is poured with jam and decorated with dried fruits from above. The technology of preparation of Guryev porridge:

Of course, special attention is requiredPreparation of creamy foams. To make them, you need to pour the cream into a deep frying pan and put in an oven, heated to an average temperature. When the foam appears, it needs to be removed and put on a dish. Then we wait for the appearance of a new foam. So repeat as many times as necessary for the amount of cooked semolina porridge. Of dried fruits, dried apricots, candied fruits, raisins, figs are the best. Nuts are worth choosing two kinds, hazelnuts and peanuts. Lovers of sweet use when laying out cereal layers of jam or honey. In this way the so-called layered pie is made from a layer of porridge covered with dried fruits filled with honey or jam, sprinkled with nuts covered with foam, and the next layer is similar to the first one. How many layers in the Guryev porridge, you decide. Guryev porridge has an unusual look and taste. She can not leave anyone indifferent. And the most interesting thing about it is that there is no one true recipe for its preparation. In all culinary sources of the XIX century, various recipes were preserved. I suggest for sampling several options for the preparation of this masterpiece. 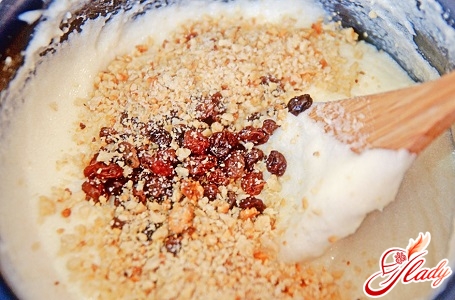 How to start cooking? Perhaps, we will start with the preparation of ingredients for layers of porridge. Fill the raisins with boiling water for 10 minutes. Fry a handful of nuts, and the rest is chopped. Add to the fried nuts a tablespoon of sugar and the same amount of water. We put on an average fire, so that the nuts are caramelized and removed from the plate. Pour the cream into a deep frying pan, reheat the oven to 160 degrees, put the frying pan in it. We are waiting for the foam to appear. As soon as a lush foam appeared, remove it neatly with a little noise and put it on a flat dish. In this way, we prepare the necessary number of foams. One cooled foam is cut into wide strips. Now add the remaining hot cream, gradually stirring, semolina porridge, the remaining sugar, add salt and cook until ready for semolina. Next, drain the raisins and dry it on a paper towel. We add it to the porridge. Then we spread the cut foam, chopped nuts and mix. Form, which will be baked porridge, grease with butter. Carefully lay layers of each of the ingredients: porridge, nuts, foam. Sprinkle the last layer of porridge with sugar. We put in an oven heated up to 170 degrees for caramelization of sugar. We get the porridge, turn it over to the dish. We serve Guryev porridge decorated with nuts and berries. Of course, in this recipe you can make any logical changes, vary varieties of nuts and add other ingredients, replace cream with milk, add honey, jam, butter. But you can and simplify its preparation. 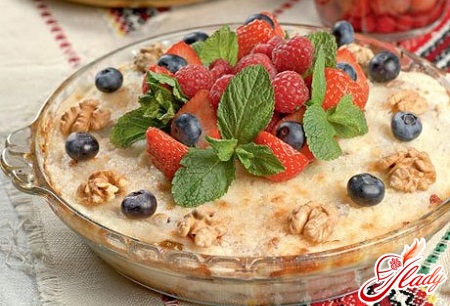 Pour the milk into a saucepan, add sugar andvanillin, bring to a boil. Stirring, pouring on mango, cook for 10 minutes. It is necessary that the porridge a little cool. Then add crushed and calcined almonds. Lubricate with butter the form for baking porridge, pour the porridge, mixed with nuts, sprinkle with grated walnuts and sugar and brown in an oven heated to 170 degrees. Ready porridge can be decorated with whipped cream, fruit. Guryev porridge is unusual in that it is not quite porridge. The most similar to her type of food is pudding. Fantasize on the ingredients and cooking options. The main thing is to remember a few important points:

And to refine the porridge will help the most butter, which it, as you know, you will not spoil.

To begin with, we need to weld a thick manga,on water with the addition of 1 teaspoon of sugar and ½ cup of milk. Groats should be poured out slowly, very little by little adding to the boiling liquid, so that the lumps do not turn out. Even you can use a small strainer and always stir constantly. For flavor, when you finish cooking semolina, you can pour a little rum or expensive cognac. Now it's time to cook nuts and dried fruits. We take some of the nuts, rub it with sugar, wrap it in foil and heat it in the oven for 150 degrees 15 minutes. The rest of the nuts are crushed and dried fruits (who loves what). The most responsible is the kaimak. We need to get a fatty foam. And they can be made by heating our fat cream in an oven in a wide bowl on low heat. When the foam is heated, it needs to be removed on a porcelain flat plate for cooling. In the form lubricated with a butter we spread a centimeter layer of porridge, we trample down a bit and cover with foam. Sprinkle over the foam with dried fruits, nuts. You can smear honey or jam, but it's to your liking. And repeat the layers until all the ingredients are laid. The top layer is sprinkled with nuts with sugar and put in the oven at 160 degrees. Caramelize sugar and take our dish out of the oven. Carefully turn the form over to a dish, in which we plan to serve to the table. The resulting masterpiece is still decorated with berries, candied fruits and mint leaves. Your beloved just fingers licked with pleasure to feast on such a dish.

Potato casserole with meat and cheese: a gourmet holiday

Vareniki with meat: the secrets of skillful housewives