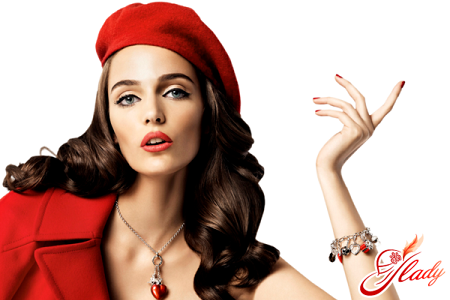 Thanks to its rich history, the legendarydesigners and, of course, their sophistication, the French style in clothes became famous all over the world. For several centuries, French women are considered a model of impeccable taste, which can envy fashionable women of different countries. Seeing at least once what a real Frenchwoman looks like, you will never confuse this style with another. Despite the fact that among the Parisians there are not so many written beauties, this does not prevent them always, even in everyday life, looking elegant. And all because they know how to create harmonious ensembles and do not look for flaws in their appearance, but skillfully emphasize the dignity of their figure, which since birth gave their nature. And it should be noted, they are very good at it. The highlight of the French style of clothing is the ability to combine and combine clothes, and not the presence of a large number of designer things in the wardrobe. Unlike many of our contemporaries, whose cupboards are bursting with the presence in them of very different clothes (and in the end there is still nothing to wear), they have a completely different approach to choosing their wardrobe - a self-respecting Frenchwoman will never allow herself to buy a cheap fake or things with sales. In their wardrobe there is only a maximum of necessary things; as a rule, these are expensive, elegant, high-quality and versatile outfits, ideally suited for any occasion of life. In the same set, they can appear both in the daytime in the office, and in the evening, looking at it in the restaurant. However, for discos in nightclubs, such clothing is unlikely to be appropriate. The basis of the French style in clothes has always been and still are expensive, elegant and at the same time flawlessly executed things, among which a small black dress is a brilliant and immortal masterpiece created by the legendary Coco Chanel, which to this day is a symbol of invincible femininity. Thanks to this fashion designer, who opened her first women's clothing store in Rue Cambon a little over a century ago (in 1910), the French style of dress became popular not only in her homeland but also gained worldwide fame. And although it has undergone many changes in the history of its existence, this special design is still characterized by a combination of simple but elegant and elegant things at the same time. 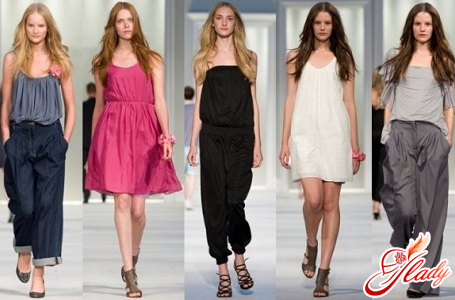 The distinctive features of the French style

About the French style of clothes you can say how muchIt is possible to argue about it, they can be admired or criticized, accepted or not accepted, but it is simply impossible not to notice it. Today, the bearers of this style are millions of women around the world, and every year the ranks of his admirers are constantly growing and replenishing. If you decide to change your image, preferring to follow the French fashion, it will be easy and simple only for owners of delicate taste; everyone else will have to learn how to combine and combine things in the same way as true fans of clothes in this style. French style in clothes combines:

If you want to create an impeccable image in the French style of clothes you can even from the minimal set of the most ordinary things and accessories. We advise you to read:

Men's claims to the women's wardrobe

Sandals on the hairpin

Buying sneakers - how to make a choice