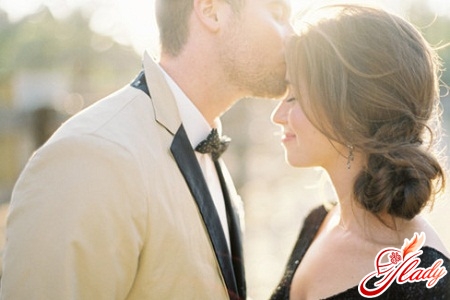 For most women, marriage and birthchildren - an indispensable condition of life. We are trained for him almost from early childhood, suggesting that the task of the weaker sex is to find a worthy companion of life and create a strong family with him. Therefore, many young ladies, barely stepping over the threshold of childhood, begin to dream of a wedding. But the representatives of the stronger sex almost do not dream about it. No, well, there are, of course, also such that they sleep and see themselves married ... But basically our guys dream quite different. And not very much they seek to exchange their freedom for the yoke of family life. But they change! And change (strange thing), at least for a meek time, almost everything. That's interesting: but still, why do men get married?

How do guys treat marriage? To our great disappointment, it's not like we are. For a male, creating a family is not a vital act. Even falling in love with the girl to the ears, young people, with rare exceptions, do not light up instantly with the desire to lead her to the registrar. They can keep talking to their young ladies about their love, showering flowers and gifts, but not thinking about marriage. Such here, disappointing for us, the truth. However, it is not necessary to be especially upset. Men usually do not rush to offer a hand and heart to a beloved woman, because they are prone to logical planning of their life. They tend not to act impulsively, but in accordance with pre-planned plans. And then a guy lived himself, lived, had temporary girlfriends, gradually moved on to some goal. And suddenly - bang, fell in love! The head is full of chaos and euphoria. And what to do next, he does not know. Yes, actually, and not very bother. The main thing for this period of time is to see your beloved, touch it, speak sweet words. And there be that will be! In order for a young man to think about marriage, he needs to come to himself and calculate everything. After all, unexpected love and marriage were not part of his plans. Therefore, before creating a family, you need to reschedule your future and make a family creation there. And for this you need to think sensibly and judiciously. Do not collapse in love, as in the pool head. So do not drown for long! In a word, most guys confidently step into the registry office only after careful consideration of their actions. Unless, of course, some inexorable circumstances were impelled to him from outside. I must say that the process of thinking in some members of the stronger sex can take a long time. And if we still want to get married just for this hurry, we'll have to have patience and wait. Let him consider the probability of marriage to the right, left, bottom, top, side ... He will taste it, ask the price, weigh it and come to some decision. Expecting this decision, it should be taken into account - it may not be in our favor. Since, first of all, thinking, the guy soberly examines the girl from all sides. And he sees what he did not notice before, through the prism of falling in love. It is entirely permissible that he will not like it. Well, and secondly, men do not always marry for love. They manage to marry for various reasons. 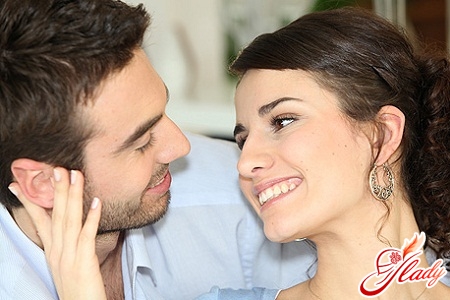 The reasons why men marry

However unpleasant it is to admit, but significantpart of the representatives of the strong half of humanity does not consider love a weighty reason for marriage. Consoles the fact that still quite a lot of our men agree to let themselves ring only to their beloved woman. In general, they decide to visit the registry office, because:

And men marry out of curiosity, wantingto find out what is marriage, in order to look more presentable next to a wife with a high social status, in order to have a "waistcoat" next to it ... In short, there are as many motivations for marriage as for the strong half. That's it, our dear women! We were surpassed by a strong gender in this matter! A beautiful half of humanity needs what? She needs love and protection. All the rest will follow. No, the girl, of course, can marry an unloved person - we, too, are not angels. But if she is not a complete mercantile bitch, she will still miss her love later. Of course, there are a lot of representatives of the stronger sex who also dream about it. And not only dream, but also find a beloved, who reciprocates. Oh, how can a couple then be happy! It would seem that the natural ending of such relations is marriage. Alas ... They do not end with a wedding so often. And the man, in the end, marries a completely different woman. And the reason for marriage is one of the points listed above. But in fact for a romantic in the soul this is nonsense! And for the one with whom there was love, trouble. What are the causes of this situation and can it be somehow warned? Perhaps, yes. And in many respects it depends on us, women. 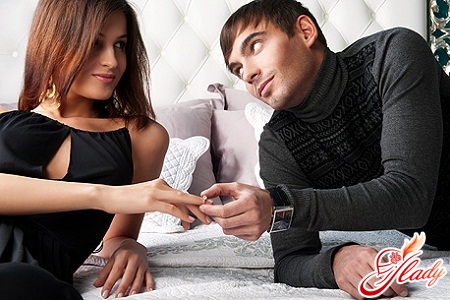 Why do men sometimes not marry their beloved woman?

Sometimes it happens that we have longwe meet with a beloved man, and everything seems to be fine, but for some reason he does not make an offer. And does not even hint at the presence of such plans. And at the same time, behaves like a lover in love. The situation is twofold. It seems to be a life partner - here he is, ready to rush at the first call and help solve any problem. And like it and not. Because there is no sense of reliability of the future, which appears with a clear prospect of formalizing the relationship. And we simply do not understand how to proceed. No, how good it was for women before! The men themselves searched for their chosen one and sought her hand. And now you will find someone with whom you would like to create a family, you meet with him, you meet, and you will not wait for proposals. And what then comes to mind? Probably, he is waiting for a more suitable party to come up and powder our brains. But he is behaving like an infinitely loving person! And we so want to marry a loved one, who answers with complete reciprocity ... Perhaps, the gentleman hesitates from some other considerations? And from what? How to know if he is silent? Actually, a young man can remain silent for various reasons. The fact that he hopes to find a more suitable party is, of course, permissible. But in this little faith. Well, why should a guy spend time meeting a long time with someone whom he does not see in the future as his wife? Yes, and take care of her, and help solve problems, and show love! Is he mercantile and talented playing the part of falling in love with the one that in some way corresponds to his interests? Well, usually in these cases, the proposal does not pull. Although anything can happen, of course. But if this type of us simply skillfully processes, without experiencing any feelings, it will be better if he goes home. Manipulate for its own sake a sincere loving woman can only scoundrels. Let's leave the scoundrels alone. There will be similar subchiki to a lady who will turn them as they please. And we'd rather think about why they do not call the girl in the registry office when she's really loved. Often the reason for this behavior of a guy is his indecisiveness. Today's girls prefer to look like Amazons, reminiscent of more fighting friends, rather than on the need for protection of life companions. We have become more proactive and active. This behavior suppresses the masculine essence in the representatives of the stronger sex and causes the men to close in themselves. Needless to say, in such a state, a young man is unlikely to take the first step and persist in insisting on formalizing relations with an Amazonian girl? Most likely, he will wait for the young lady to show initiative. The young lady, convinced that to make an offer - a man's prerogative, hopes in this matter for a loved one. And what happens? And what happens is that none of them even talk about traveling to the registry office. Time goes on, it does not move from the place, the relationship becomes more tense, and then completely fall apart. Sad final, is not it? But he could not have happened! It was necessary for the girl to become more feminine and allow her masculinity to reveal herself. Then the young man would feel that he was leading, not leading. And he took responsibility for the fate of the relationship. In order to have a loved and reliable man next to you, do not oppress his natural essence with a constant manifestation of your independence and strength. Yes, modern women can cope with many problems on their own. But why openly demonstrate this? Let the chosen one believe that we need his initiative and patronage. It is this position of the man that is most beneficial for creating a completely prosperous family with him. Otherwise, we are doomed either to marriages with inert and irresponsible people, or to loneliness. So let us manifest the true woman in ourselves! Well, what are we worth? We advise you to read:

Gifts for a wooden wedding: what to give?

Wedding Anniversary 1 year: how to celebrate and what to give

How to keep the family and the warmth of love

Handbag of the bride own hands