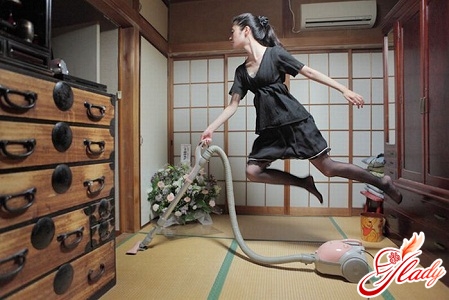 Fly-lady - "flayushek" - was invented by the Americanhousewife Marla Scilly. Perhaps, its history will stand alone. For many years, Marla unsuccessfully tried to become an exemplary mistress and at least somehow organize her life. However, all attempts to maintain order in the house turned into a failure. Literally 2-3 days after the spring cleaning, dirt and trash returned to their places in the most incomprehensible way. So everything went on until the "terrible" happened - Marla left her husband. Finally, he told her that he simply could not live in such a littered, uncomfortable house with his wife "raspushteha." Marla hated herself, fell into a deep depression and even went to the hospital. There she had enough free time to think about the situation and come to certain conclusions. Marla came out of the hospital as a different person. She decided to move forward in small steps. And for this purpose I invented a certain order for myself. These simple rules became the basis of its system. It turned out that this approach works. Marla began to share her victories with other women. Gradually, she had many like-minded people.

FlyLady is the nickname of Marla Scilly, who sheused in various forums. English "fly" has two meanings - "fly" and "fly." Later, one of the admirers of the Marla Scilly system suggested to perceive the word FLY as an abbreviation. She deciphered it as "Finally Loving Yourself". That it is possible to translate as "finally grown fond of itself". In fact, this transcription very accurately conveys the meaning of the idea of ​​the lady's flag. Strictly speaking, the lady's system is a set of certain rules and principles of housekeeping. However, do not confuse it with home economics courses. After all, the main idea is to learn to "not get stuck" in doing unpleasant and tedious work and stop feeling unhappy. Invented for housewives, the system "caught on" in almost all European countries. As it turned out, it is also great for working women. What is the secret?

The basic principle of the fledgling lady is: "Your house has become dirty not for 1 day. And it will not be perfectly clean for 1 night. " Start small. To begin with, choose one place in your house and keep it in perfect purity. Marla recommends starting with a kitchen sink. Try to accustom yourself to the fact that the shell must always shine - no matter what happens! Even if you are fatally tired and you do not have the strength to wash the dishes - just take it out of sight. But the sink is "holy." Be sure to wash it to shine. Having mastered the first step, move on to the second step. 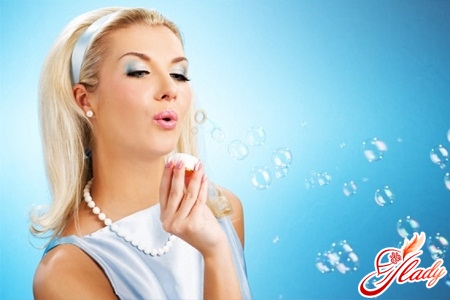 The approach is very simple. If a woman - a lady - is not able to follow even herself, she is unlikely to be able to follow her home. There is a certain logic in this, right? A true lady's flap can not afford to look untidy and slovenly. Get out of bed, take a shower and apply a light make-up. Give up old coats and worn out "slap". It's better to wear a cute home suit. Shoes, according to Marla, must necessarily be with laces. Why? Yes, everything is very simple! This will save you the temptation to lie on the couch. Constantly tie and untie shoelaces is a tedious task. And to lie down straight in the shoes, most likely, conscience will not allow.

The principle of "zoning"

Mentally break your apartment into four "zones". Remove one zone throughout the week. But never spend on this boring occupation more than 15 minutes a day. Agree, 15 minutes of cleaning - it's not scary at all. True, moral problems may begin here. Immediately remember the strict voice of my mother or grandmother: "If you started doing something, you should bring it to the end!". At you in fact too so? It will help to break the stereotypes of an ordinary timer. Install it for 15 minutes and more - no-no! Very quickly you will find that 15 minutes is a huge time. During this time it is possible to remake a lot of things.

"Hour of the Blessing of the House"

This is another basic concept of the system. It sounds very sublime, right? What is behind this? It's just a weekly house cleaning. But! The main word here is "hour". One. That is, you should not devote this busy work all day. Are you sure that it's impossible to remove during this time? Do you remember that every day, for 15 minutes, cleaned the "zone" during the whole week? Muds are much less! What can not be done in an hour, do not hesitate to postpone it for the next week.

Even the word makes you sad. But where from it or her - routines - you will get to? The system of the lady's flag assumes "them" at once two - the Morning and the Evening. Routine is a list of small cases that are repeated every day. Usually the morning routine is to make a bed, wash and cleanse yourself, make breakfast. Evening - wash the dishes and sink, wipe the stove, take care of yourself. Moreover, careful care of a loved one should become a mandatory item. All the rest should not take more than 5 minutes. 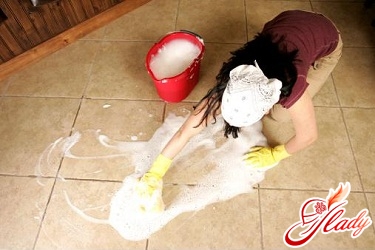 Perhaps, in any apartment there are severalplaces in which, as if by magic, different trash accumulates. Typically, it's a coffee table, a shelf in the hallway or a bedside table by the bed. This is the hotspots. Lady Fly is given one minute a day to extinguish these small fires. Just go through all the hotspots and put things in their places.

Fly lady deeply convinced that the stuffcan not be ordered. It can only be destroyed. In order to make this occupation fascinating and funny, a special game was invented. Approximately once a month it is necessary to take in hands a big package for garbage and to establish the timer for 15 minutes. During this time, you need to pack 27 "extra" things into the package. Moreover, everything is considered a "thing" - an unnecessary piece of paper, a broken barrette, etc. In a few months you just do not recognize your apartment. The truth is, those ladies who have small children, will have to play this game more often. Another step in the way of "littering" the apartment is the principle: "When buying something new, be sure to throw something old." With this approach, the trash will stop accumulating in the house.

We leave for the flight

As you can see, the fly lady system is very simple andunderstandable. Thanks to tireless, but daily cleaning, dust, dirt and trash just do not have time to accumulate. And what we used to call "general cleaning" is not required. So, you will have much more time for yourself. And life does not "kill" you a real lady. We fly? We advise you to read:

How to choose a flowing water heater correctly

How to get rid of spools on clothes: we get rid in various ways

How to choose a refrigerator: the main selection criteria

How to choose a washing machine?

How to remove the smell from shoes?

Overview of the iron with a steam generator Professional 5 Bar