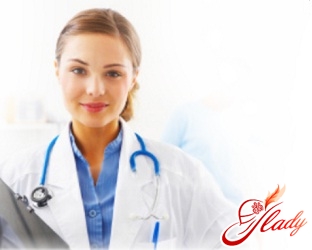 It seems that only yesterday you and your baby were dischargedfrom the maternity hospital. But time runs fast and after just a couple of days your glorious baby will be six months old. 6 months - exactly the age when the first teeth begin to appear in children. Yesterday you were madly pleased with the toothless smile of your crumbs, and today you are looking forward to the first tooth to cut through, so literally every day you look in the mouth and ask to smile. For parents, the appearance of the first tooth in a child is a real event. There is even such a tradition, when guests are invited to the "tooth", and the baby is accepted to give a silver spoon on this day.

The appearance of the first teeth

The first teeth that appear in a child,are called dairy. As it was said earlier, baby teeth begin to erupt in 6-7 months. But it happens that the process of the appearance of the first teeth is a little late, and they begin to appear only by 9-10 months, and sometimes by the year. As a rule, the first "light" appears lower incisors, and only then grow the upper teeth. Sometimes the order of the appearance of teeth can change. However, parents should not be frightened, this often happens. Guards parents should the following: as soon as baby teeth begin to appear in children, the number - that's what should be at the center of everyone's attention. The most important thing is that to two or three years of the baby's life in its mouth twinkled 20 milk teeth. Even the absence of one tooth can affect the bite, or rather make it wrong. Each tooth has its own specific place, so if one of them is missing, the rest begin to grow in order to fill an empty space, thereby violating the balance.

Not everything is as simple and joyful as it is expectedparents. In fact, teething is a very painful process for a baby. When the baby's teeth are chopped, the symptoms are not very comforting. This is a bad mood, restless sleep, irritability, soreness of the gums, discomfort when chewing. Sometimes the temperature may rise and there may be signs of mild gastrointestinal upset. The gums, in the area of ​​the appearance of the tooth, begin to swell and blush, all accompanied by a continuous itching. The kid always wants something to chew and bite to scratch the gum.

How to help the baby?

In such cases, specialteethers, which can be purchased at any pharmacy. As a rule, the eraser has a cooling effect. Therefore, before you give it to your child, you need to cool the teaser in the refrigerator. The main thing is not to overdo it with cooling. You can also rub your baby's gums with a massage. This will help to remove the itching and for a while will calm the baby. Do not forget about specialized gels, designed to relieve pain and inflammation. Gels, as well as teethers have the effect of cooling, significantly reduce pain and itching and allow the baby to sleep peacefully. Well, finally, all 20 long-awaited baby teeth erupted. Your baby has become "toothy". It would Seem, it is possible to enjoy a snow-white smile of a crumb and to wait for its new victories. But on this fairy tale does not end, it just begins. Now the most important thing is to care for the teeth that have appeared, so that they can be preserved until the appearance of molars in their original form, so that no bacteria and microbes could harm the health of the baby teeth of your crumbs. Have enough patience, because you have a long and cunning struggle against the most "sweet" enemy of small teeth - sweets, sweets and chocolate. Good luck and health to your children! We advise you to read:

The child has a rash on his back: what does it mean and how is it treated