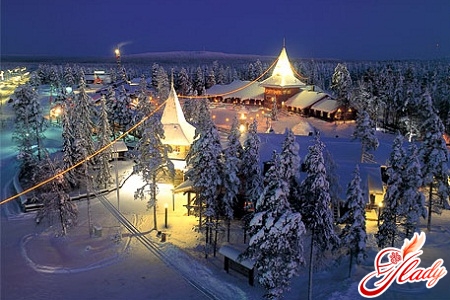 Saying the name of this country, everyonerepresents only what he wants: rivers and lakes, deer and Santa Claus, snowy slopes and skis, benevolent and unhurried inhabitants, and, of course, fishing. All this Finland, whose sights will tell you a lot of interesting stories and will show even more interesting places. Finland has been successfully communicating with neighboring Russia for several hundred years. They are very friendly to our compatriots, they respect and value Russian culture and history. And in the center of the Finnish capital - Helsinki stands a monument to the Russian Tsar Alexander II, which is already a manifestation of respect for Russia. The local nature as a fairy-tale phenomenon, it throughout life affects the inhabitants and guests of the country. The nature of Finland has gradually turned into one of its best attractions. The country is magnificent in any season, yes, it can not boast of historical monuments, but the natural beauty and charm make everyone who has visited here at least once fall in love with it. An integral part of Finland is the water. All its many rivers and lakes attract fishermen here. And sea fishing in winter on the coast of the Finnish Gulf? What could be more desirable for an avid fisherman! In addition, you can learn how to cook real Finnish soup with milk. This dish does not leave anyone indifferent!

Attractions in Finland in winter openBefore us is an amazing world - a world of wonders and fairy-tale heroes. Undoubtedly, the most fascinating places are in Lapland - the northern part of the country. Here lives Santa Claus and bewitches with its beauty the northern lights. Millions of children and adults dream to visit a fabulous Grandfather, ride in a dog or a reindeer team, participate in races on a sleigh. Winter pleasures of Finland can be listed endlessly. Of course, Santa Claus is not the only attraction in northern Finland. For lovers of nature, this region presents many surprises. There is a very rich flora and fauna here. On the hilly, covered with coniferous forests, there are many different animals and birds. Winter in this area begins very early - in the middle of October the land is already covered with snow, and Lapland turns into a paradise for skiers and lovers of winter safari. In combination with the purest air and natural beauty, rest will be simply unforgettable. 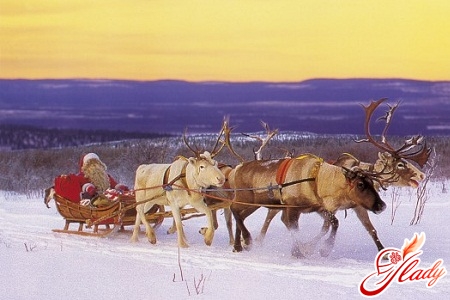 City rest in Lapland is not inferior to rest onnature. The most unique center of these places is Kemi, a city that keeps special attractions in winter Finland, one of which is the Snow Castle. It is built from year to year, and every winter you can visit the Snow Queen. There is a hotel, a restaurant, a chapel, and even a snow gallery. There are lots of impressions, both for children and adults. Kemi is also famous for the Gallery of Precious Stones, in which more than three thousand different ornaments are exhibited. This collection is rightfully considered one of the richest in the world. It is necessary to see the Sampo icebreaker, it functions all winter and there are guided tours of the Botanical Gulf.

Porvoo is a city of past and present

One of the oldest cities in Finland is Porvoo. It is of great interest to people who value the past and history. Here are collected echoes of several eras. At one time, this city hosted the great kings of antiquity, famous artists and priests. Thousands of pilgrims passed through it, making their hard way. One of Finland's most interesting sights is the Old Town in Porvoo and its unique cathedral, considered the third largest and most visited in the whole country. Even a simple walk through the winding streets of the Old City will bring you many pleasant moments, leaving only positive emotions and memories in your soul. In this part of Porvoo lived and worked the great poet Johan Ludwig Runeberg. Now his house, decorated in Empire style, attracts many tourists. 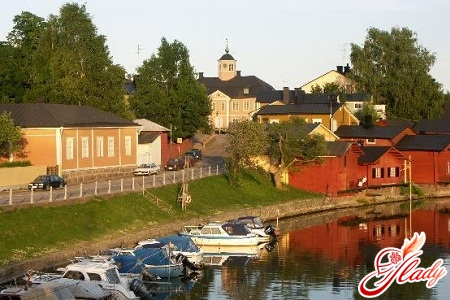 Turku is a city of museums

The charm of the Finnish city of Turku, undoubtedly,lies in its unusual, you can even say exciting atmosphere. The city developed and was built around a trading post. The ancient castle of Turunlinna is the heart of this place, played a very important role in the formation of Finland, and the whole of Scandinavia in general, and became the most visited tourist attraction in Finland. It is also noteworthy that Turku was the capital of Finland from its very inception, it concentrated all important points of the country. The transfer of the status of the supremacy of the current capital - Helsinki hit hard on the self-esteem of local residents. And from that very moment, there is a constant rivalry between the two cities. Today Turku is a modern city, with many training centers - here is the best university in the country. Good restaurants, rich and interesting night life of the city give unlimited opportunities for recreation. The pride of Turku are museums. All the hard past of the city is collected in them. It is worth to visit the museum of history "Kulyamaki", the Museum of Fine Arts, the Museum of Crafts "Luostarinmäki." These attractions in Finland will tell a lot of interesting things about life and development, both the city itself and the country as a whole. Here is the ancient cathedral of Tuomikirkko, which is the main Lutheran church in the country. The ringing of his bells every hour is heard all over Finland - it is transmitted by radio to all corners of the country. Within the walls of the cathedral is an amazing museum of church artifacts, which collected a huge collection beginning from the 14th century to the present day.

Water Paradise of the Ice Age

In the territory of one of the numerous lakesFinland is an amazing and unique place - the National Park Kolovesi. Such a natural wealth as here, probably, you will not find in the whole world! Lake Saimaa is the largest of Finland's lakes, and the reserve formed around it serves as a place for preserving the wildlife of this region. The expanses of the park tear off the opportunity for walking in a canoe through the vast water area. The landscape of the area is simply mesmerizing, it captures the sight! Sharp rocks, towering above the water, in some places exceed a height of forty. The formation of this natural corner occurred back in the days of the glacial period. It was here in the distant ages of the Stone Age that the ancestors of modern Finns hunted and traded, the figures carved on the rocks testify to this. And on the hill Ukonvuori - this is the eastern part of the reserve - there are large deposits of quartz, so popular today, the material used in the decor. 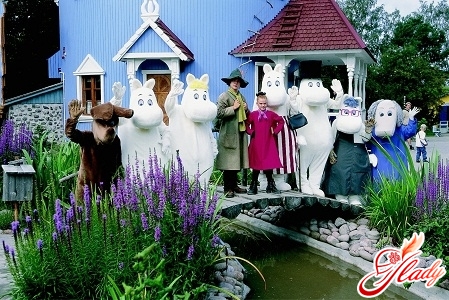 Country of the Moomin Trolls

Everyone who, as a child, read a fascinating tale aboutcharming creatures Moomin-Troll, they know that they appeared exactly in Finland. Now on the island of Kailo there is a museum dedicated to these amazing creatures. This is a kind of theme park created in the image and likeness of Tove Janssen's fairy tales. Even those who come here with a bad mood can not refrain from smiling at the sight of the hospitable people of the fairy-tale country. It is a pity, of course, that the Mumi country is open to visits only in the summer, and if you are here in winter, you will not be able to travel the world of Moomins. But do not be upset, because you can visit Finland again, and why not this summer?

And, of course, Helsinki! An amazing city is the capital and cultural center of Finland. Helsinki is built on peninsulas, its streets are rounded by bays, islands are connected by bridges, and communication with remote islands is supported by ferries. The city was completely saturated with sea smell, and in the area of ​​its numerous ports there is always a noise created by the ships. Helsinki has its own sights and places connected with the history and the origin of the city. There are several interesting museums, the opera, famous throughout the country, magnificent parks, temples and cathedrals. Here is the best cuisine in all of Finland, you can try wonderful dishes of venison and fish, only the Finns know how to cook them! Each city of an amazing country Finland has its own attractions, and each in its own way is important for it, because it played a significant role in the development. To be here is really worth it! At least just to get acquainted with Santa Claus - a fabulous bearded grandfather, whom we all so expect miracles in the New Year holidays!

Holland: attractions of the country