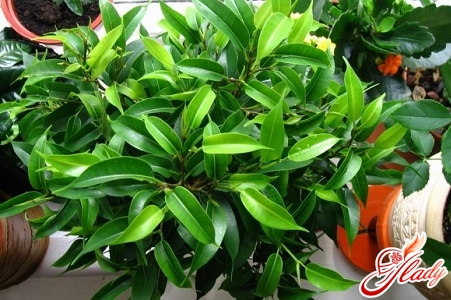 Like most species of the mulberry family, ficusBengali can be safely attributed to unpretentious indoor trees. And so it is very popular among beginners of florists. Ficus received his name from the name of one of the places of growth in India - his homeland is the Bay of Bengal. In some places it is known as the Indian ficus, but the pseudonym "banyan" is given to him because of his special life form. In its natural nature, the ficus grows to an incredible size and has characteristic numerous air roots, eventually thickening and transforming into trunks. The largest known Bengal fig tree has a crown circumference of three hundred and fifty meters and has three thousand two hundred and eighty air roots! And its spreading resembles a grove more than one tree. It should be noted that in good conditions and domesticated Bengali ficus in just a few years can grow to the ceiling. Therefore, most often it can be found in large offices and halls. Unfortunately, this highly decorative plant in pots does not bloom, but it is valued by its large (up to twenty centimeters long) and velvety to the touch leaves.

How to care for Bengal ficus

Despite the quite tolerable nature of the fig tree, allIt is also necessary to know its basic rules of detention at home. Unsatisfactory care negatively affects the health of the ficus. The tree can discard the leaves and, in the end, die. 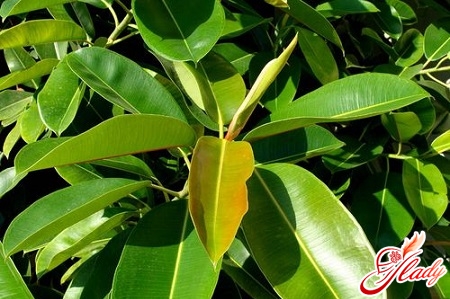 Bengal ficus is very, very fond of light, inIt is vital to place a pot of a tree near the sunny window. But the direct burning rays of the sun can leave burns on the leaves, so in the hot summer days the window needs to be slightly shaded. The signs of sunburn are the appearance of brown spots on the leaves. But the scarcity of lighting is manifested by their withering, twisting and pallor. If such signs are found, install an additional artificial light source. In summer, the tree can be moved to the open air, gradually accustoming to a change in the level of illumination and the temperature of the content.

Despite the fact that the ficus is a plant that is thermophilic,it can overwinter even at 12-16 ° C. For optimum content, the air temperature should be within + 15 ... + 25 ° С. A big mistake for all novice lovers is to put a pot next to the radiators to provide the necessary temperature. Hot air only drains tender leaves, and the plant can get sick and die. The edges of the leaves dry up, the leaves turn yellow and fall off. Also negatively ficus refers to drafts and sharp changes in temperature.

In summer, the Bengali ficus feels well withnormal room humidity. However, the hotter outside the window, the more often it is necessary to spray the plant from the atomizer. In winter, ficus care is complicated by low air humidity in the apartment, which drops sharply due to running heating batteries, and many plants experience stress. It is enough to put a pot of ficus on a pallet with wet claydite or moss, spray or wipe the leaves with water. It is recommended to cover the battery located next to it with a thick coverlet or move the pot with the ficus away from it. 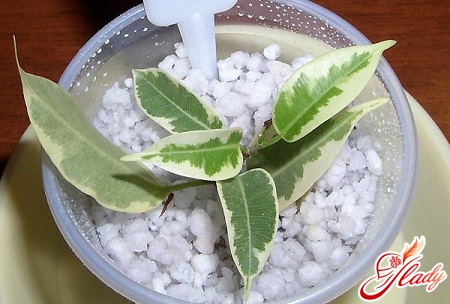 Watering should be not strong. Before each watering the soil must dry out, but do not dry out. Plentifully flooded, too, should not be, and the remains of water must necessarily be drained from the pallet. Stagnation of moisture in the soil provokes rotting of the roots and development of fungal diseases. A disadvantage is dehydration of the tree. It is desirable to use water that is rest and soft. The irrigation frequency is recommended on average in the summer every three to four days, in winter - once a week.

From the beginning of spring to autumn, ficus is necessarysupplemented with mineral fertilizers, organic compounds can also be used. In any case, the fertilizer must first be diluted with water and watered with a weak concentration. In summer, when the plant is actively developing, it is necessary to feed it once or twice a month with a fertilizer with a high nitrogen content, and in winter the ficus "rests", therefore it is necessary to feed the plant no more than once every two months with an agent for non-flowering plants.

A young tree should be transplanted annuallyin the spring in March-April, using each time the capacity is more than the previous one by two or three centimeters. Over time, the ficus will become large, and the soil in the pot can be changed only on the surface, not deeper than four to five centimeters. The substrate for the Bengal fig tree should be nutritious and consist of peat, leaf land and humus. It is not superfluous to add some organic composition. After transplantation for a month and a half or two months, additional fertilizing is not required. To prevent decay of the root system, there must be a good drainage layer. As a drain, you can use claydite, clay skulls or bark of trees.

Pruning is carried by the tree well. It is even extremely necessary to give the crown a beautiful shape. Often Bengali ficus is grown in the style of bonsai, that is, a small copy of this tree is formed.

The Bengali ficus propagates by cuttings. For this, it is possible to use apical semi-lignified cuttings with leaves. Preliminarily removing the lacteal juice from the incision, the stalk is placed in water with the addition of root growth preparations or in wet sand and placed under the package in a warm light spot. It takes several weeks for rooting, after which the current is rooted with roots in a separate pot, providing the usual maintenance and maintenance conditions for the ficus. 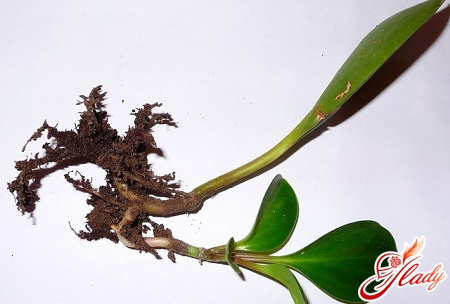 Most often Bengali ficus is affected by arachnoidmite, for which a favorable condition is dry warm air. Often attack on the tree scab, aphids and mealybug. Improper care can lead to more serious fungal diseases, rot of roots, stems and leaves. In neglected cases, the ficus can not be treated and is destroyed along with the pot. Most of the adversities will help prevent preventive measures, which are as follows:

In general, the ficus of Bengali is beautifulfeels in spacious rooms and easily adapts to the surrounding conditions. It is enough to give him only a little attention, observing the recommended care and prevention. And as a reward, the ficus will present you with positive energy, tranquility and an atmosphere of tranquility in the house.

How to care for a room rose?

Anthurium: leaves dry, what should I do?

Ficus care in winter: we create a cosiness for a tropical visitor