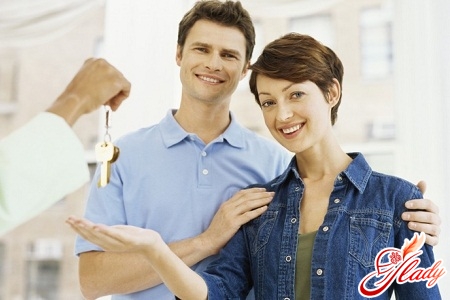 Have you ever noticed howchanging your heartfelt mood, it is only to cross the threshold of your apartment? If you did not notice, then try to observe this process, and you will understand that this fact actually "has a place to be". Feng Shui defines our House (habitat) as a living organism, acting as an intermediary between man and the Cosmos. It is not by chance that our distant ancestors were so serious about everything that concerned their place of residence. For example, the cities built in ancient India in terms of repeating the human body - a symbol of the harmonious structure of the universe. No less famous are the settlements of the Urals, in terms of representing the zodiac circle. Some parts of this ancient concept of attitude to the world around us have survived to this day. For example, we equip our sleeping places so that our head "looks" to the north, or we put flowers in dysfunctional places ...

The magic of numbers, names and symbols

We open and close the door many times a dayour home, but do not ask the question: what is it like? Let's take a closer look - the door consists of one or two shutters that are hinged. She is like a guard, guarding the inner world from outside space, and at the same time - a kind of barometer, signaling the mood of the incoming or, conversely, outgoing person. On the entrance doors, they were judged on how their owners relate to the outside world, on the inner doors - about the attitude of people to each other. In the olden times it was believed that the rickety and constantly clapping door, on which the number hangs crookedly, testifies to the violation of peace and harmony in the family, and can bring terrible troubles upon its masters. And it is not by chance that the grand entrances of the rich houses were decorated with family symbols, and the church gates and doors are decorated with sculptures and patterned carvings, whose intricate wreaths symbolize the intricacies of human destinies. And in England, for example, there is still a tradition of "vesting" living quarters - both mansions and standard buildings - with poetic names. The English call their homes the Flower Field, Poplar Stables, Heron's Court and so on. Modern Russian doors of the house and apartment "decorates" only the number, in the form of various figures. And at first glance, they do not talk about anything and do not mean anything, except for the ordinal number of the dwelling. But only at first glance, because there is another interpretation of numbers. So, Pythagoras saw in each of them an independent entity that has certain qualities and individuality. The famous mathematician believed that each number is associated with a particular planet, the conductor of which it is. This relationship was determined by summing up the digits of a complex number, which were summed up until the result was a simple number - a conductor of one of the planets. For example, the number 168 was represented in the form 1 + 6 + 8 = 15 = 1 + 5 = 6. Let's try to independently determine the relationship of our apartment number and internal home atmosphere by one of the numerological systems, for example, feng shui. Experiencing the solar influence,symbolizes the energy of creativity and cheerfulness. The place designated by it helps a person to express himself, draw attention to his person, and stand out against the general background. Accommodation in house number 1 will be comfortable for artists, artists, writers, poets and journalists. In other words, for people who have a personal position, and are called to talk about the lives of contemporaries. For the home environment, various lighting fixtures that attract the attention of others are important. Among the colors feng shui gives preference to bright shades and orange-red tones. The atmosphere here is a bit like a beach holiday: carefree and open.

The given number is influenced by the Moon, andsymbolizes deuce intuition and contemplation. In this place it is comfortable for those who work as a tutor, nurse (deals with young children), works in public catering or cleans rivers and canals. The first place in this apartment belongs to mirrors and a bathroom. Interior - it's dairy and soft creamy shades, but will not be redundant and emerald green colors. Unbalanced and unstable psyche of tenants at home number 2 can provoke mental illness and tantrums. To such people (if the process is not running), you need to close in the bathroom, start the water and stay a little alone. This will help them to come to their senses.

Experiencing the influence of Mars and is a symbol of the will. This place requires action, making quick decisions, and does not accept long thoughts. Sometimes it may seem to you that there is something in you from a firefighter or an operative, in another case - from a locksmith or carpenter. And it's not bad, because the households have no reason to call you a loafer, especially since things will soon appear: you will urgently need to repair the water conduit or fix the table and chairs. In apartment number 3 you will constantly feel the need for work. But laziness is contraindicated to you, and it threatens serious illnesses - so will the unutilized energy show itself. The active colors of this apartment are all the existing shades of red, and the most comfortable places are the toilet room and the hallway.

It is influenced by Mercury and symbolizescontacts. The situation in this apartment will require you to be eloquent: the main burden here is on the phone, and your ability to think. Sometimes you will even "turn" into a dispatcher or an exchange broker. Your cross on feng shui is a handshake or beating on the hands, it depends on how honest you are. Do not lie and do not try to mislead others, remember the simple truth: what is hi, this is the answer. Interior of room number 4 will become comfortable and cozy if you perform it in blue, gray shades and blue-yellow tones. In the first place - devices that "supply" you with various information. 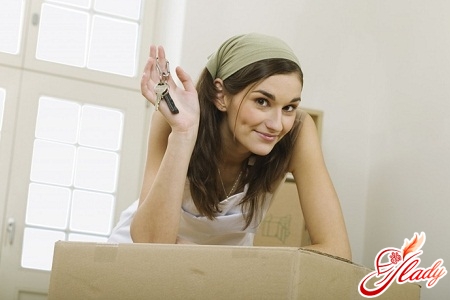 Influences Jupiter. In such a house and pulls to do something large, like politics or science, so an extensive library does not interfere. In any case, this is the very thing that unites people on the basis of a common idea for all. Perhaps, it is a question of spiritual unification, about the church, for example. The owner of apartment number 5, probably, will want to leave somewhere far, let even abroad. Favorable is the purple color, and decorate housing can be with the help of bronze ware, globe and telescope. Just do not let go of your anger, even if you really want to flare up - it can have a negative effect on your liver.

By feng shui, she is under the influence of Venus. In this apartment everything has to rest, love and comfort. It will not be superfluous and a feast with friends for cheerful songs, after all good and warm people are in charge here. Their good taste is visible in everything: they cook deliciously and do many things for their house with their own hands, so it is always cozy and warm here. In the worst case, the guests will encounter obese brawlers. And their dwelling is appropriate: large carpets and soft sofas prevail. Colors in apartment number 6, according to Feng Shui, "flaunt" with warm, bodily and brownish hues. Here you can often see a pet (cat or dog). Sometimes the owners want to relax in nature, so do not be surprised by the abundance of flowers.

This number falls under the influence of Saturn. Yes, it's not easy to live here: you are haunted by endless cold or stuffiness, hunger, restrictions and insurmountable circumstances. However, you will not find a better place for learning mastery, getting a profession, or for saving. But the owner of apartment number 7, feng shui advises to think about his life more often, otherwise he risks getting problems with the musculoskeletal system (osteochondrosis, salt deposition, etc.). The favorite in the interior is a dark blue color.

It is influenced by Uranus. It symbolizes freedom, surprise, mutual assistance. This is the place where true friends meet and new comrades are found, luck always accompanies any new beginnings and inventions. It will be comfortable for glassblowers, astrologers and clairvoyants, as well as for those who are "friends" with abnormal phenomena and unconventional technologies. But to people with a rational mindset, adherents of materialism and pragmatism, the apartment number threatens with ruined plans, spoiled nerves and confusion. Housing number 8 requires well-washed windows, caution with electricity. It should be dominated by all the colors of the rainbow, as well as sky-blue shades in the interior.

It is affected by Neptune. Life here is also easy not to call, unless you belong to a group of oil workers, sailors and psychics, musicians and priests. The owner is threatened with adversity related to water, pathological dependence on alcohol and tobacco, the constant search for objects that are missing at the most inopportune moment and, as a consequence, sleepless nights and a shattered psyche. In house number 9 you need to be more careful with poisonous substances. But the study of the realities of the invisible world will not hurt you. We advise you to read:

Feng Shui money tree. Do you believe in miracles?

House for Feng Shui - it's easy!