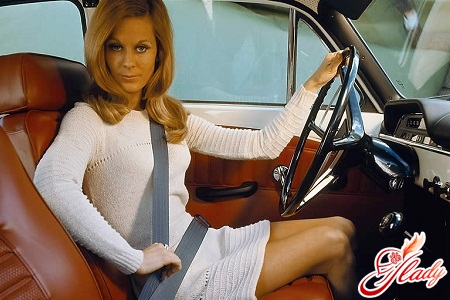 Seat belts - to be fastened or not? This issue divided all motorists into two irreconcilable camps. It would seem, what is there to argue about, because the SDA gives a clear and clear answer? But despite the increase in fines, on social advertising appealing to prudence, some drivers continue to stubbornly ignore this important detail of the car. This is explained by a variety of reasons - someone just uncomfortable, someone completely relies on airbags. Others tell of the cases when the non-fastened seat belt allegedly saved a man - he simply "flew" through the windshield and that's why he was still alive. Everyone has his own reasons. Why such distrust?

Safety belts are of two, three andmultipoint - according to the number of fastening points to the frame. Multipoints are used in the cabs of racing cars and sports planes. But it's worth talking about two- and three-point ones in more detail. Shoulder two-point seat belt. In this model, the tape runs from the shoulder to the hip. Such belts were widely used in the 1960s. But, on the basis of studies, this model was found unsuccessful - during the accident the passenger often "slipped" from under the shoulder strap. Two-point belt with belt. The first belt belt was coined by the Englishman George Keely in the nineteenth century. Until the 1980s, belt belts were widely used in cars. However, some studies have suggested that the tension of the belt of this design at the time of the accident can lead to displacement of the vertebrae and, consequently, paralysis. There was even a special term - "seat belt syndrome". Now it is understandable why the belt still causes distrust among many! But this is already in the past. To date, in almost all developed countries cars are equipped with other - three-point - belts. Three-point seat belt. His inventor - Nils Bolin - took into account all the shortcomings of the waist and shoulder strap. He determined which points account for the greatest load at the time of the accident, made the necessary calculations, calculated the best location of the fasteners and created a new design. The first three-point belts were installed on Volvo cars back in 1959. 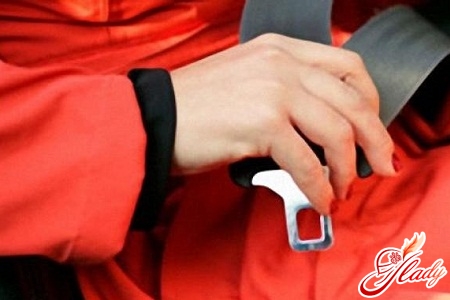 To date, most civilizedcountries the use of a seatbelt is mandatory for both the driver and the car's passengers. Whence such unanimity? Of course, this rule did not come "from the ceiling." This confidence is based on the results of numerous studies and crash tests. For example, eight years after the use of seat belts in Sweden, Volvo has provided a detailed account of the accidents in the country. In it, 30,000 road accidents were carefully analyzed. Based on these data, it was concluded that the safety of the driver and passengers, fastened with belts, increases by about 50-60%. Later these results were confirmed by the research of other companies.

50% are dry statistics. What are they talking about? In fact, they mean that half of those who died in accidents, could survive if they decided to buckle on. And, this applies to both the driver and passengers. After not fastening the rear passenger's safety belt, it can lead to the fact that at the time of the collision, his body will turn into a kind of projectile that rushes with great speed and crushes everything in its path. The consequences of this are terrible even to imagine. Automotive concerns spend millions of dollars to develop new security components and structures. Improved and the design of the belt. They care about our life. Why do not we always take care of it? Of course, someone learns from other people's mistakes, someone - on their own, some - do not learn at all. Unfortunately, such a mistake as an unfastened seat belt can be very expensive - often a person simply does not have a chance to fix it. Therefore, when traveling on the road, always fasten your seat belts. And a happy journey to you!

How to drive a car with an automatic gearbox: lessons for beginners

How to behave properly on the road?

How to learn to park?

How to paint a scratch on the machine?

How to choose a used car?

Roads on the road