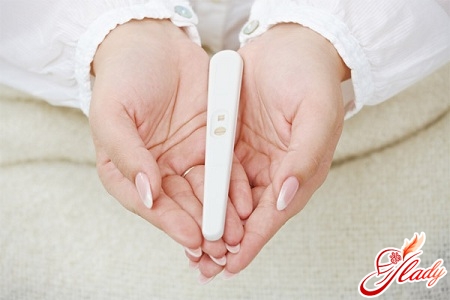 Such a concept as early diagnosispregnancy for many women is not an empty phrase. After all, very often you want to learn about pregnancy as soon as possible - someone is afraid of it, someone, on the contrary, very much waits for the baby. And in some cases, such a diagnosis is necessary for medical reasons. Let's try to understand this not very simple matter together. But remember that the last word always remains with the gynecologist. Only he can confirm the presence of pregnancy. But remember the "golden" rule - you must take care of yourself as if you are pregnant, in any case - until you visit the doctor.

There are a lot of indirect signs,which can be suspected that the woman is in an "interesting" position even before the menstrual cycle comes. But it is very important to remember that it can not be called a complete diagnosis, since all these symptoms can be signs of hormonal disorders or in general premenstrual syndrome.

Did you get dizzy? And maybe, there was a nausea? And not necessarily in the morning! If you can accurately exclude poisoning and diseases of the gastrointestinal tract, it can be a symptom of pregnancy.

If your favorite perfume started to causedisgust, the smell of tobacco on the staircase provokes a strong nausea, and the washing powder, it turns out, has a purely divine smell - think about it. Perhaps this changed perception of odors is a consequence of hormonal disorders.

Very often the very first sign of pregnancythere is a slight increase in mammary glands and sometimes even some soreness. Although for some women this phenomenon during PMS is quite common. So you can suspect pregnancy in the event that before it was not.

Almost all pregnant women note thatthey began to sleep much more. And in some cases, drowsiness begins almost immediately after fertilization. A woman gets out of bed after a good rest and literally one hour later falls asleep on the go.

Sometimes a woman becomes too touchy,can burst into tears without a reason. Or, on the contrary, it turns into a real furious fury - a hormonal system of a woman who starts to change because of pregnancy can play such a joke. 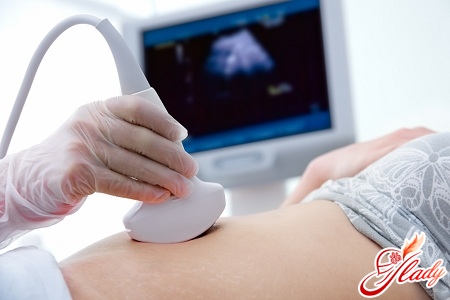 More precise diagnosis of pregnancy in earlytiming is a pregnancy test. The beauty of this method is its ease of use and accessibility. A pregnancy test can be purchased at any pharmacy and any woman can cope with it. Modern tests have high sensitivity and can detect the presence of pregnancy after the first day of pregnancy. The principle of operation is very simple - the test strip is dropped into the urine and after a few minutes the result is evaluated. In most tests, positive results are two stripes. Incidentally, it was from here that the common expression "test zaplosatilsya", so popular among pregnant women, went. The first strip is the control, which confirms the suitability of the test. But the second strip appears only if the woman's urine contains chorionic gonadotropin - a hormone that is produced in the body of a pregnant woman. In most cases, the pregnancy test is reliable. With rare exceptions. For example, a test can show a negative result in a pregnant woman either at a very early age, or if the normal course of pregnancy is disturbed. And in either case, the level of this hormone is too low and for the test to show pregnancy. Much rarer is the reverse situation - the test is positive in the case when a woman is not pregnant. This phenomenon is a reason for very serious concern, since the production of a chorionic gonadotropin in a non-pregnant woman is a signal of very serious diseases that pose a threat not only to health but to life. Immediately consult a doctor who will make an accurate diagnosis. 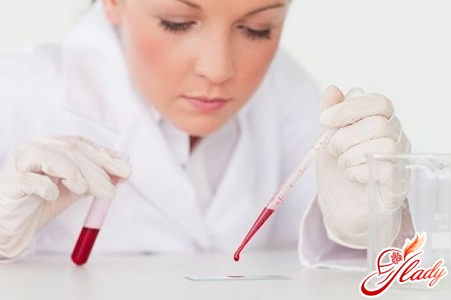 An even more accurate way to diagnosepregnancy at its earliest dates - starting about 7 days after fertilization of the egg, when the test is simply physically unable to catch the level of hormones, which is still too low. Therefore, if you are anxious to find out as soon as possible if you are pregnant - go to the doctor for directions to this blood test. It is called the analysis of beta-hCG. As you remember, hCG is a human chorionic gonadotropin. Well, the beta prefix is ​​the beta particles of this very hormone. In order to make it easier for you to understand, let's figure out where the chorionic gonadotropin is taken in the body of a pregnant woman. Immediately after the embryo formation process begins, different shells are formed. The chorion is just one of these shells. And this same chorion begins to actively develop the hormone of the chorionic gonadotropin. The content of the level of this hormone increases with every day of pregnancy - true, up to a certain period. A laboratory blood test can very quickly establish or deny the presence of pregnancy. As a rule, in large cities, such rapid tests are done in almost all outpatient clinics. Residents of provincial towns are much more difficult - alas, there are such analyzes are very rare. Here, perhaps, and all the ways to determine pregnancy early. There will be very little time and methods will be much more - this is just a manual study of a gynecologist, and ultrasound. You just have to be patient and wait a little. Or resort to the ways that we have told you today. We advise you to read:

The first signs of pregnancy after conception: changes in the body

Planning pregnancy: where to start, and whether surveys are necessary?

Green tea during pregnancy: can I drink it

What week can you tell the sex of the child?