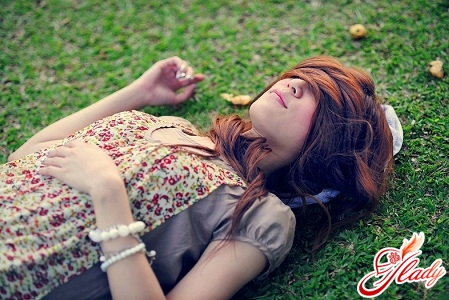 When you are depressed, it seems to you thatyou can never get out of its quagmire. Nevertheless, depression is a problem that can be successfully treated. So, if you suffer from this unpleasant condition that prevents you from living a full life, then, without delay, consult a doctor who can determine which treatment method suits you best. He also will pick up for you and a cure for depression. You should know that there are effective treatments for this ailment, there are quite a few of them and they can help you overcome depression and restore your life.

Just as there are no two people suffering completelythe same form of depression, so there is no such universal method of healing that would suit absolutely everything. What works for one person may not work at all for another. Therefore, the doctor will analyze different options for possible treatment to select the most appropriate method and then adapt it according to your needs. What should you know when starting depression treatment? 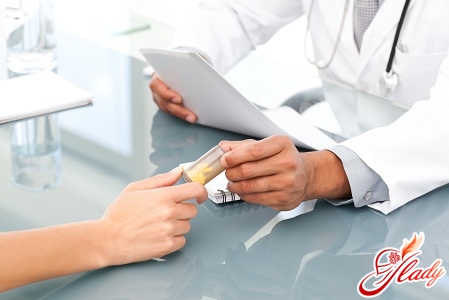 Antidepressants, probably the most widelyadvertised from all medications that are used to treat depression, but that does not mean that they are the most effective. Depression is not just a chemical imbalance in the brain. Medications can alleviate some of the symptoms of mild and even severe depression, but they do not get rid of the cause of the problem, which means that the effect of the medication will not be long-term. Antidepressants can also have side effects, which are very difficult to predict. If you decide to take the medicine against depression, do not ignore the other types of treatment that the doctor will recommend to you. Lifestyle changes and complex therapy not only help to speed up recovery, but also provide skills that will prevent a possible relapse of the disease. There are almost thirty different types of antidepressants. They should be taken only at the doctor's prescription, and they are used, as a rule, only in the treatment of moderate or severe depression. Selective Serotonin Reuptake Inhibitors If your doctor thinks that you need to take antidepressants, then as a rule, selective selective serotonin reuptake inhibitors (SSRIs) are usually prescribed. Examples of the most commonly used antidepressants of SSRI are Paroxetine, Prozrak and Citalopram. They help to raise the level of a natural chemical substance - serotonin - in the brain. This substance is considered a "hormone of good mood". Drugs of this group have a very good antidepressant effect and cause fewer side effects. But, however, they can cause nausea and headaches, as well as dry mouth, and in men - problems in sexual life. Nevertheless, all these negative factors tend to soften over time. Some SSRIs are not suitable for children under the age of eighteen. Studies show that the risk of suicidal behavior may increase if these drugs are taken by this age group. Tricyclic antidepressants (TCAs) This group of antidepressants is used to treat moderate and severe depression. They work by increasing the level of chemicals (serotonin and norepinephrine) in the brain. This is what helps patients to improve their mood. Usually these are quite safe drugs. Side effects that are individual for each person can include dry mouth, visual impairment, constipation, trouble urinating, sweating, dizziness and excessive drowsiness. Side effects usually go away by themselves in seven to ten days, after the body gets used to the drug. Inhibitors of monoamine oxidase (MAOI) MAOI, such as phenelzine sulfate, are used much more rarely to treat depression. If you are taking MAO inhibitors, then you need to avoid food that contains the chemical tyramine - for example, cheese, pickled meat or fish. Your doctor will give you a more detailed list of foods and beverages that you will need to limit the intake. You should also avoid drinking any alcohol. Common side effects of MAO inhibitors include blurred vision, dizziness, drowsiness, increased appetite, nausea, restlessness, and sleep disturbances. Prescribed drugs of this group are very rare and only if other prescribed methods of treatment were ineffective. Other antidepressants New antidepressants, such as venlafaxine and mirtazapine, work somewhat differently than previous groups of drugs. They are known as seratonin and norepinephrine reuptake inhibitors. Like TCAs, they alter the level of serotonin and norepinephrine in the brain. Studies have shown that they can be very effective, but they are almost not prescribed, since they can lead to a significant increase in blood pressure.

Antidepressants do not cause the same addiction, as it happens, for example, with smoking, but when you stop taking them, you can manifest a so-called withdrawal syndrome. And including:

In most cases, these symptoms are rather mild, but sometimes they can be very serious. Most often, it happens when you stop taking drugs Paroxetine and venlafaxine. How long should I take antidepressants?

Can I drink while taking antidepressants?drinks containing alcohol? It depends on what kind of antidepressants you are taking. Some of the drugs may react with alcohol. Side effects from taking medications (drowsiness, dizziness, impaired coordination) can be significantly aggravated after drinking, and this can affect the ability to drive a car, for example. SSRIs and alcohol The experience of using these drugs shows that fluoxetine practically does not interact with alcohol. In addition, the interaction of alcohol with sertraline, citalopram and escitolopram is unlikely to significantly increase the side effects. However, if you are taking Fluvoxamine or Paroxetine, drowsiness after drinking can be increased. In any case, manufacturers of these drugs recommend avoiding alcohol during treatment. Tricyclic antidepressants (TCAs) If you are taking TCAs, (especially amitriptyline), drinking alcohol can make you feel excessively sleepy, and can also affect your coordination. These effects will be harder during the first few weeks of taking the drugs. Increased risk of developing severe drowsiness and with drugs such as Mianserin and Triasodone. In any case, if you are taking TCAs, avoid drinking alcohol for the first few weeks until you can be sure that you have no side effects that could be exacerbated by alcohol use. Monoamine oxidase inhibitors (MAOI) Some alcoholic beverages contain a protein called tyramine, for example:

The combination of tyramine and MAO inhibitors cancause quite serious side effects, such as a sudden and very dangerous strong increase in blood pressure. Therefore, it is better not to drink alcohol at all and avoid any beverages that contain tyramine. Other antidepressants Venlafaxine, Reboxetine and Duloxetine do not cause coordination problems with alcohol. However, venlafaxine manufacturers still recommend avoiding alcohol. Experience shows that drinking alcohol while taking Mirtazapine can cause coordination problems and make you feel sleepy. It will be very difficult for you to drive. As you can see, there are a lot of drugs that will help you cope with depression. But do not lose sight of the fact that the best remedy for depression is your desire to return to normal life, and not bought in a drugstore!

How to get rid of acne on the back?

Acne: causes and methods of struggle

Removal of papillomas at home. Is it worth the risk?