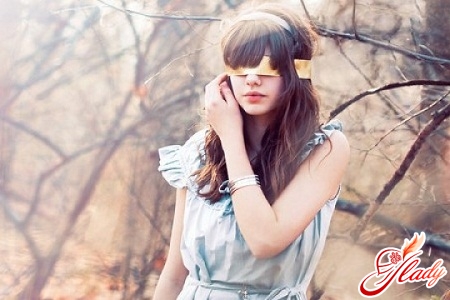 Immediately explain why the development of intuition soit is important: every woman would like to have an assistant next to her, ready to tell the right decision, and at the same time not scolding her for every mistake, fell silent at the right moment and did not demand anything in return. "Fantastic!" - you say? "Reality," we reply. Such an assistant is. And his name is intuition. The sixth sense is always near and ready to come to the rescue. The only problem is that we do not know how to provide for intuition development, and its makings die under the pressure of judiciousness, feelings and unreasonable desires. Meanwhile, the inner voice allows you to get much more accurate answers to questions of interest than logic. Where the mind still doubts and gives out several variants of the development of events, the sixth sense already shows the person a distinct picture from the future. Where does this knowledge come from? How to use them? How to develop a sixth sense? Who from the predecessors became famous thanks to the ability to manage developed intuition? These and other questions will be answered in this article. As the omniscient Wikipedia says, intuition is an insight, a gut, a comprehension of the truth without any logical explanation, based on empathy, imagination and previous experience. In a word, a person does not know where he got the right decision. It came to mind! Of course, such an insight is not thought to be associated with the notorious sixth sense. Moreover, people very often change the correct decision to erroneous only because the latter lends itself to logic. For example, even successful businessmen are accustomed to leaning on deeds of developed intuition, knowing full well that it is she who is right. Hence the success. And it is noticed that women are more receptive to the tips of the sixth sense. Well, the inner voice and creative people help. Artists create paintings, writers - novels, composers - music at the behest of some unknown voice, dictating colors, notes and words. And why? Because with spiritual development, intuition and reason are incompatible things. And if you want answers to the question, stop thinking. Listen to feelings. But you need to do it patiently. The sixth sense can not immediately prompt the right decision.

What do scientists say about this?

American researcher Graham Wallace in 1926year developed a scheme, according to which the scheme of development of intuition and this very feeling works (which is also called creative imagination). As the scientist claimed, the sixth sense can and should be trained. As for the process of obtaining the correct answer to the question, it is divided into four points:

Thus did Walt Disney, Einstein,Leonardo da Vinci, Isaac Newton, Johann Bach, Thomas Jefferson and many others. Scientists with proper spiritual development intuition in a dream prompted a scientific discovery, writers endowed with stories of new books. And what we are worse? Let's find out how to ensure the effectiveness of development of intuition and use its power in life. In fact, everything is much simpler than it might seem at first glance. To do this, just turn off the mind and listen .... no, not the heart. Listen to your inner voice. But in order to hear what intuition tells you, you need to find a common language with it. There are several ways to develop the sixth sense. At the same time, you should take into account that the more you rely on the logic judgments, the longer you will have to conduct training during the development of intuition. But nothing is impossible. Even the lions jump through the burning ring after a certain number of attempts. But we're people with you, right? And our education will help achieve your goal.

Ways of development of intuition 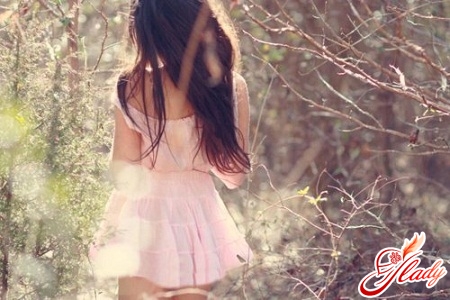 How to use intuition?

Here we are slowly approached the practical adviceon making important decisions. After all, we pay attention to the development of intuition, to use it. But how can one not confuse an inner voice with the voice of reason? How to properly adjust to communicate with your sixth sense? First of all, you must understand that the solution will not come instantly. The subconscious needs time to analyze the situation. So accept your problem and instead of being nervous and fussing, get distracted. Wash dishes, paint with the child, stroke the dress. You can even go to bed without a ready solution. Intuition will always turn on at the right time. It happens that the clues of the inner voice led to life's problems. For example, a woman listened to a developed intuition and divorced from her husband, who in some ways did not like her. However, after some time, the former spouse began to regret the decision. And children grow up without a father. Who is guilty? Intuition? Or the woman herself, who needed to think carefully before the conflict with her husband? No one. Just very often a person does not want to leave the comfort zone that formed around him. Perhaps, fate has prepared for the woman a new elect who would suit her in everything. However, their meeting will not take place, since the heroine, disobeying the inner voice, took the hapless husband back. Therefore, if it seems to you that intuition was wrong in some way, do not rush to make reckless decisions. Perhaps you are waiting for a sharp turn in fate? And, for example, the decision to leave old work was not accidental? There is another version of the development of events. You have heard not the inner voice, but the mind. Hence the problem. After all, the main lack of the sixth sense lies in the fact that it can not be touched and it does not speak out loud. His opinion will sound in your head and "whisper". That is why it is so important to distinguish between intuition and where - feelings and emotions. And finally: the sixth sense is good. However, you should not rely solely on the voice of intuition. In especially important cases, you should connect the mind and experience to the solution of the problem. Combine the development of intuition with perfection in knowledge and skills, grow in all life spheres. Only then the decisions taken will not disappoint you or your loved ones. We advise you to read:

How to become a bitch: change clothes and gain confidence

What is depression: a bad mood syndrome or a disease?

How to get rid of depression yourself: the most effective methods

How to love yourself and change your life

How to cope with loneliness and start a full life