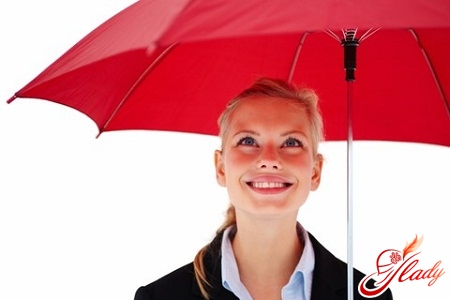 Every woman at least once in her lifefaced with such a concept as a delay in menstruation. Sometimes women just dream that the monthly delayed for a couple of days to get to this or that event. You have a trip to the sea, or a romantic date, but these "red days of the calendar" violate absolutely all your plans! It's familiar, is not it? And when the menstruation really linger, the panic usually begins. Of course, the first thing that almost every woman does is buy a pregnancy test. If the test is positive, everything is clear. If the test is negative, and the woman has a delay in menstruation, the reasons may be different. Do not immediately panic - it may very well be that the woman simply made a mistake in her calculations. Recalculate again and very carefully, incidentally, it is for this reason that gynecologists do not recommend relying on their memory, but advise to maintain a special calendar.

A bit about anatomy

Before talking about the reasons for the delaymonth, it is worthwhile to refresh knowledge of what the menstrual cycle is. Knowing the specifics and details of female physiology and anatomy, it is much easier to understand what exactly causes the delay of the menstrual cycle. And remember this most mysterious physiology is top-down. Simply put, the primary prerequisites for the formation of a normal process of forming the menstrual cycle begins precisely in the cerebral cortex. The most important glands responsible for the menstrual cycle are the pituitary and hypothalamus - they lead to all kinds of malfunctions of the menstrual cycle. These glands are directly related and work synchronously. Violation of the work of one gland inevitably entails a violation of the work of another. They release special substances that have a direct effect on the operation of the ovaries and the condition of the uterus. Under the influence of hormones in the first half of the menstrual cycle, the uterus and ovaries are gradually preparing for fertilization and implantation of the fetal egg. Ovaries produce an increased production of estrogens at an increased rate, maturation and the subsequent release of the oocyte. The condition of the mucous membrane of the uterus also changes - the endometrium thickens (the inner layer). After the ovulation has occurred and the ovum has left the follicle, the woman enters the second phase of the menstrual cycle, which is characterized by the following processes: the follicle degenerates into a yellow body that begins to produce progesterone. In the event that conception does not occur, the yellow body ceases to function, the inner layer of the uterus is torn away and the woman begins menstruation. The menstrual cycle is a rather complicated process, and in addition, the mechanism is exactly tuned, like a Swiss clock. And even the most minor failures and violations can break it. Since the menstrual cycle provides exactly the reproductive function, under various stressful situations, the organism aimed at survival simply turns it off. What is a normal menstrual cycle? First of all, it is characterized by regularity. Although, of course, the duration of the menstrual cycle for each woman is individual - the limits of the norm range from 21 to 35 days. And turning to the conversation about what may be the reasons for the delay in menstruation, let's see what can be considered as a delay. As a rule, gynecologists believe that it's worth worrying only after five days of delay. And pay attention also to the fact that the delay of menstruation several times a year can be for absolutely any, even completely healthy, woman. However, if you notice delays more than three times a year, you should think about the need to visit a doctor - these malfunctions can indicate the presence of a variety of problems in the fragile organism of a woman. 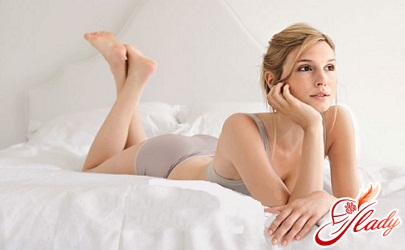 So, we smoothly approached the main themetoday's conversation - to the reasons that can lead to a delay in the monthly. Such reasons are not so little - and each of them is worthy of attention. Below we describe in more detail each of them.

In the event that for one reason or anotherthe woman is in a state of constant stress, the probability of delay of the monthly increases at times. The cause of such stressful conditions can be a variety of factors - problems in the family or at work, examinations, death or serious illness of relatives and relatives, and many other events. Therefore, if the delay of menstruation occurs on a similar psychological background, a woman must tell this to her doctor - a gynecologist. By the way, in the same group can be attributed to the syndrome of chronic infection, and constant shortfalls. Therefore, do not complicate your life with another problem in the form of a delay in menstruation - it is much more reasonable to try to be as nervous as possible, and in case if for some reason you can not cope with the problem on your own, you need to see a doctor - a neurologist or a psychologist. If necessary, the doctor will prescribe to you some sedative sedatives that will help stabilize the emotional and psychological background of a woman.

Not the last role in normal menstrualcycle and the mass of a woman's body. In the event that it is too redundant or, conversely, low, the risk of disrupting the normal menstrual cycle increases many-fold. And this fact has a scientific explanation. Subcutaneous fat in the female body very actively produces female hormones estrogens. And accordingly, in the regulation of the menstrual cycle, fat tissue plays a significant role. That is why excessively overweight will sooner or later inevitably lead to the fact that estrogen will be produced too much, which means that there will be a malfunction in the menstrual cycle of a woman. And the general state of health of women, whose weight is too large, also suffers no less. Yes, and so fashionable among women, and especially among young girls, the pursuit of the almost unattainable standard of "90-60-90" can also turn out very badly. Numerous scientific studies have reliably confirmed that the minimum weight of a healthy woman should be at least 50 kilograms. In the same case, if the weight is less than this critical mark, you can not just face delays, but even say goodbye to the menstrual cycle for a very long time. Of course, this does not mean that the diet should be completely eliminated. However, we must not forget that in any case, the food should be carefully balanced - do not forget about the necessary amount of proteins, fats and carbohydrates. In addition, a complete complex of microelements and vitamins is needed.

Of course, the usual fitness classes or the morningjogging will not bring women's health no difficulty. But the unbearable, exhausting body loads - professional sports, heavy physical exertion, with a very high probability can lead to a delay in menstruation.

As has been repeatedly mentioned, menstrualthe cycle directly depends on the general condition of the body. In the event that a woman has certain chronic diseases, she will also be able to face a delay in her periods. The most common causes of menstrual disorders are diseases such as endometritis, endometriosis, salpingoophoritis, lesions of the uterus and appendages, ovarian dysfunction.

Approximately 10% of all cases of delaythe menstrual cycle is caused by emergency contraception - the use of such drugs as, for example, Postinor. Of course, such a measure is much better than the interruption of an unplanned pregnancy. However, do not go too far - otherwise your health can be very seriously affected.

There are a number of pharmacologicaldrugs, the use of which can lead to such a side effect as a violation of the menstrual cycle. Antidepressants, diuretics, drugs for the treatment of tuberculosis, antiulcer drugs - they all can lead to a violation of the menstrual cycle. If you regularly take any medications, tell your doctor about your problem.

In the event that a woman dramatically changes the climate,The risk that she will have a delay in menstruation, increases about three times. That's why the doctors - gynecologists are so vehemently protesting the holiday in hot countries in the winter. Not only that, having arrived on vacation, a woman faces acclimatization, so also the monthly does not begin on time. The woman begins to worry, without even assuming that the absence of menstruation is a kind of payment for leave. Unfortunately, very many women are very careless about their health. Treasured date: there are no monthly. The woman goes to the pharmacy, buys one test, the second, the third - there is no pregnancy. A woman calms down and does not consult a doctor. And this delay is very expensive - the violation, which led to a delay in menstruation, continues to worsen. And as a result, a severe chronic illness can develop. Therefore, the reasons for the delay of menstruation, except for pregnancy, must be established. We advise you to read: