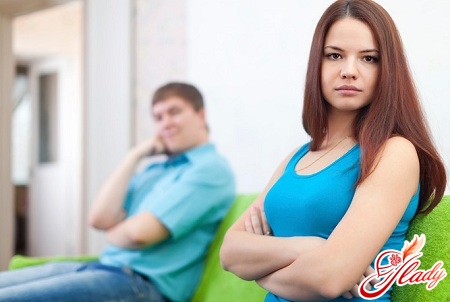 Human relationships are a very complicated thing. Until recently, between a guy and a girl (or between husband and wife) there was love and mutual understanding - and suddenly, it would seem, for no apparent reason, quarrels and arguments over trifles began. As a result, each meeting turned into a series of conflicts that arise literally from scratch. What is it? End of love? What to do? Let's not rush to put a full stop. This is just the first crisis in the relationship.

Causes of the crisis

When a guy and a girl in love beginto meet, they, of course, expect that their meetings will always have a positive emotional coloring. And that the relationship will evolve easily, without tension and omissions. Well, how else? After all, they understand each other so well, so they can always find a common language and overcome all obstacles! However, sometimes there is very little time, and complete mutual understanding disappears, discontent with actions or words of each other, and irritation arising from every detail. The result - endless quarrels, often leading to a complete break. There is nothing surprising in this. And this gap between a man and a woman is often mistaken. Because the crisis of the first year of relations is experienced by almost everyone, even very loving couples (only not always they know what to do now). Why is this happening? Because with any communication that occurs for a fairly long time, sooner or later there are disagreements. Normal relations without quarrels and conflicts do not happen. Even if a guy and a girl love each other very much, they remain two independent personalities with their own individual traits of character, their own aspirations and views of the world. And the reasons for the crisis of the first year of relations are precisely these differences, which in the heat of the original passion we often forget. And often because of their inexperience, we simply do not take them into account, which we can not do, in general. "How?" - someone will object, - "What differences ?! My beloved husband and I are the same! Our views on life completely coincide, we have the same hobbies and aspirations, and we always try to do everything together! Therefore, there can be no crisis in relations! Where does it come from, if we just do not quarrel over anything? " Of course, there are also pairs that all match. And reigning in the relationship between husband and wife, the silence, the smoothness and harmony they fully satisfy for many years. But practice shows that more often than not from "quiet, smooth and fret", both become bored, and a pair that seemed so reliable suddenly breaks up without much noise. Therefore it is quite possible to say that the crisis in your relations is in some way an indicator of the normal process of development of these very relationships and progress in the adaptation of men and women to each other. Quarrels between a man and a woman during a crisis can arise literally from scratch, regardless of their will and will. The reason for them can be every little thing, which, in fact, does not matter in life. From small things, a whole chain of conflicts develops, and now no one of the two can remember where the disagreements began, and tries to find other nonexistent shortcomings in the other, and he blames himself for not having noticed these pseudo-shortcomings. And he comes to the conclusion that he was mistaken, and it's time to stop the relationship before it's too late, and that there is simply no point in making any steps to reconciliation. Here - stop! When there is a crisis in relations, we all tend to attribute negative qualities to each other, which in reality are not in sight. Blinded by their emotions, we can easily break with her husband, who, once the wave of emotions has subsided, will once again seem the only and best in the world. And God forbid that in this case, you could get everything back. But it often happens that the opposite: the beloved person, who has done all kinds of things in the heat of the moment, has already been irretrievably lost, and now at least his head is against the wall, but there is no return to the past. And it remains only to regret what was done and try to forget for ever the last moments of true love. How to be, what to do? How to overcome the crisis in the relationship and understand that this is really a crisis, not the death of the original love? 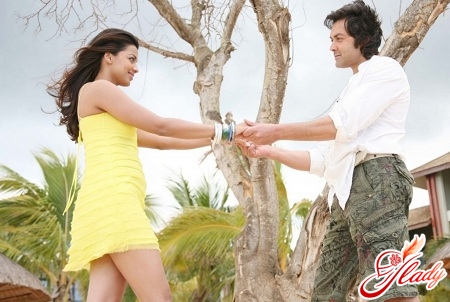 How to survive the crisis in relations

Take care of your happiness!

Now we know that in relations there are no crisesonly they are always, but must be, because they are the moment of truth. And overcome them must be patiently and persistently, otherwise there is no question of any serious relationship with worthy men. It is especially cautious and attentive to approach the first crisis in the relationship, because it is he who is the most capable of quickly destroying even such a fragile union of two hearts. If we take into account people who are dear to us and respect their opinion, our chances of happiness will increase significantly. And what, my dear girls, can be more desirable in this world than this all-consuming, all-conquering and so powerful female happiness? We advise you to read:

Friendship between a man and a woman

Why a man is afraid of a woman: several reasons for maiden loneliness