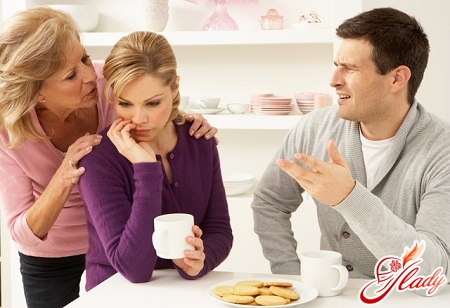 Do not be an expert to be suresay - communication between spouses is the most important component of marriage. Mutual communication can significantly weaken the arising tension, because communication serves as a kind of vent, allowing to release accumulated steam. But it can turn out the other way round. Agree - if someone is too angry and turns to his half annoyed, it is not surprising that he will get a full anger response. Such behavior of spouses can lead to constant confrontation and will bring undesirable disorder to the relationship. In order for the marriage to be lasting, husbands and wives must master the art of communication with each other. It is knowledge and observance of the rules of communication that is the key to any healthy relationship. To such rules of communication, the ways of resolving conflicts in the family are also quite natural. Conflicts are inevitable. Any family from time to time is facing problems. But many people do not understand that differences in themselves do not harm healthy relationships. Since no one in this world is a perfection, there is no way to permanently live in full harmony. Moreover, each person has his own individuality, and there are no two absolutely identical people on the planet. What is good for one is completely inappropriate for another. The resulting contradiction provokes a conflict. Given this indisputable fact, you need to focus your energy not on how to avoid conflicts in the family, but how to resolve these conflicts. After all, it is unlikely to completely avoid disagreements.

Why do people quarrel?

Unfortunately, few married couplesthink about the reason for this or that quarrel. But the reasons are traditional and banal, they are repeated in all families. Most often, the causes of conflicts in the family are as follows:

When two different people are combined into onethey already create a conflict situation. Before marriage, each had his own life experience, his views, his own habits. When the period of courtship lasts, lovers for a time forget about everything, including about their own habits and preferences. But when the common life begins, the holiday of love gives way to gray weekdays. And here an attempt to combine their different attitudes into one whole leads to the first clashes. And only a reasonable understanding of what is happening will allow the spouses to find rational ways to resolve conflicts in the family. 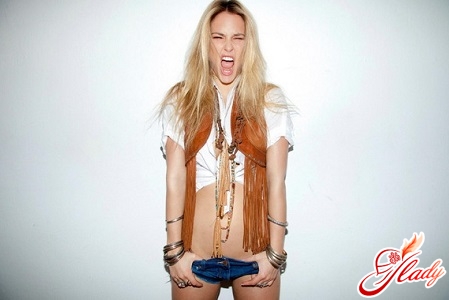 A quarrel or a dispute?

All problems are solved if the spouses considerthe difficulties encountered are an objective reality, and not a consequence of a partner's shortcomings or his own insolvency. And the resulting friction in this case is the cause of the dispute, not quarrels. Here it is necessary to explain the difference between the dispute and the quarrel. In a dispute, we treat each other sincerely and without dislike. But when, during a dispute, we turn to individuals, a quarrel begins, where the main goal is to suppress the opponent, often even humiliating him as a person. Victory in the quarrel can not be - it would be a Pyrrhic victory, in which all remain at a loss. The dispute is a statement of the arguments in favor of one of the possible positions. And although emotions here too often take the upper hand, the goal is still pursued completely different than in the quarrel. The main objective in the dispute is to find a compromise. Of course, if the spouses want to coordinate their positions, they will have to make an effort of will, which will help to restrain discontent and irritation. And yet, disputes, unlike quarrels, are not "expenses", but "investments" in the future, which will repay themselves a hundredfold. But the quarrels generated by the desire to suppress the partner, inevitably leave a negative trace in the emotional memory of the family. This is dynamite, which can undermine your relationship in the future. Marriages in which both partners talk about their experiences openly, clearly express their wishes and requests, tell each other about their ups and downs, are usually happy. But often we are prone to stereotypes and misinterpret the words or behavior of others. What do we do when my husband lingers from work? Instead of telling him about his experiences, we go to the kitchen, slamming the door, and we rattles there with plates and pots, grumbling discontentedly under his breath. It is not hard to imagine how a man behaves in such a situation. After all, he honestly worked all day and even over working hours, he thought first of all about the welfare of the family. And it is difficult for him to understand that the nervousness of the wife is connected with the experiences for himself. He clearly sees only her discontent and believes that it refers specifically to him, and not to the current situation. He worked a stereotype: the wife is dissatisfied - it means, I am unhappy with me. "I try for them, I do not regret myself, but they are all bad!" - the husband thinks irritably. We, women, also triggered a stereotype: lingered - then somewhere and with someone ... Such situations encourage partners themselves to think out what is the cause of conflict in the family. Each of the partners, having its own logic, the conclusion will make its own. This is how misunderstanding begins. Maybe it's better to talk openly after all? Recognize your mistakes or explain to your husband what his mistakes are. Only to do this is necessary delicately and calmly, so as not to provoke a new conflict. Then everyone will understand the essence of the quarrel, and there will be ways to reconcile. This is much more effective keeps from further conflicts than the silence of the problem. After all, one day the explosion will burst!

How to quarrel correctly? How to avoid family quarrel: the basic rules

To summarize all of the above, you can identify ways that will help you to properly exit conflict situations. So, the main methods of conflict resolution:

There are people who are too quick-tempered and can notself-control during a quarrel. But quick-tempered people, as a rule, quickly calmed down. Therefore, try to keep silent and do not respond to such a flash. Of course, it's insulting to be silent and even humiliating to some extent. But if you really love your hot-tempered husband, then you can go for it. If you yourself feel that you can not cope with your feelings - go into the next room and let yourself calm down. And only then continue the conversation.

If the conflict has reached a dead end, leave "fightingactions "and go for some time to where you will not see each other for at least several hours. Maybe even have to sleep one night in different rooms. This will allow you to get rid of unnecessary irritation and will give an opportunity to think about your future actions.

This is a simple and effective psychological method. You should just learn to speak calmly and listen to your spouse. As soon as you begin to interrupt each other and even more so to shout, stop the conversation and calm down. Only then will your dispute be constructive when you hear each other.

You must think together and take for yourselfa phrase that will serve as a stop signal for you when you quarrel. For example, when a quarrel becomes too violent, someone speaks this phrase, and then you both remain silent for a minute. Only after this you can continue to quarrel. But, most likely, you no longer want to continue. You will calm down a little and will be able to discuss the problem without the previous excitement.

Each time after the quarrel, analyze the reason,because of which a conflict arose. If you feel that you were wrong - have the courage to admit your mistake. And try to avoid such situations the next time.

This may seem strange: What is the relationship between food and family conflicts? Eating and digesting food are natural physiological processes that relieve stress. And men in everyday life experience a great emotional burden, to which they are less resistant than women. Therefore, a tired, and even a hungry man is especially hot-tempered. He is more inclined to "growl and bite" than to talk about problems. But after lunch or dinner you can talk to your husband on any topic, without the risk of the situation developing into a grandiose conflict.

We have not talked about this yet, but sex, perhaps,is the most effective way to avoid quarrels. We must reckon with the fact that our men feel the need for sex more than us. Surely you noticed that your beloved sometimes provokes a scandal, after which you give yourself to him more passionately than usual. Draw a conclusion! For the sake of preserving your relationship, you should at least sometimes take the initiative. Most likely, your initiative will be gladly encouraged.

Go on a visit to visit your friends orrelatives - a good way to relieve stress and avoid conflicts. You will try not to show your problems to others and will be able to forget about them for a while. Spend your free time interesting, create your own family traditions - this will greatly strengthen your relationship. And a few more words in the end. Conflicts in the family, though common, but they do not have a very good influence on the relationship. So try to avoid them. And remember: your relationship can bring you more happiness than you think. So be happy - everything is in your hands! We advise you to read:

Family as a system: the foundations of family well-being

A quarrel with a friend: how to eliminate the apple of discord

What women want from men: the most interesting facts