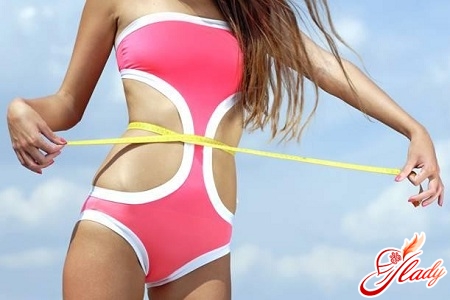 Problems associated with being overweight are familiarpractically to every modern man: according to statistics, from ten to thirty percent of people would not be in the way to throw off an amount of kilograms. However, someone prefers to live the way he lives, someone wears himself out with diets and training, and someone prefers coding from excess weight. What are the features of this method and what are its advantages and disadvantages - look for answers to these questions in our article.

The essence of the encoding procedure is thata patient suffering from overeating is given a psychotherapeutic suggestion. As a rule, it reduces to the development of a person's fear of overeating. This fear should be really strong and refer to what is most feared losing weight: problems with health, external unattractiveness or eternal solitude. It can also be a psychological ban on eating any foods to which a person has a particular weakness. Any coding is an impact on the human psyche and his consciousness, which results in uncritical perception and acceptance of the therapies and beliefs broadcast by the therapist. During the procedure itself, the brain creates foci of inhibition and excitement, thanks to which the human food habits are destroyed and new ones are formed. Sometimes, as an alternative to fear, the overweight sufferers develop an aversion to certain kinds of food, so when it senses its smell, negative emotions immediately appear inside it. The main tool through which the encoding from excess weight works is psycholinguistic programming: the therapist chooses a certain rhythm of speech, selects the right words, as if entering the patient's mind and tuning in to his "wave." Usually this is achieved by immersing the client in a trance state and then prompting, which includes one or more elements: a sequence of statements that a person will knowingly agree with and that are almost impossible to disprove, shock, surprise. Suggestion can be mobilizing (for example, "using the resources of the unconscious will allow you to lose weight"), limited open ("there are many different and comfortable eating options") or covering all the possibilities, i.e. when after listing all the options we add "or something else" ("your subconscious can use anything to eliminate excess weight: words that I speak, images that you have, or something else"). As a result of such procedures, a person relaxes, gets trusted by a doctor and begins to absorb like a sponge the information broadcast by a therapist - only in this way can you achieve the desired effect. The most effective is coding from excess weight, which includes elements of a positive attitude and combined with psychotherapy. 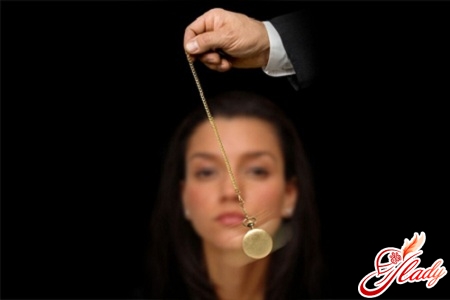 Encoding from excess weight has a number ofindisputable advantages, which makes many people choose this particular method. The most important advantage of this system is its effectiveness in case of competent suggestion and parallel development of personal problems, which, as is known, in most cases are the cause of eating disorders. Coding is symptomatic treatment, but, in order to avoid relapses, it is necessary to eliminate the source of the disorder, which is possible only with the help of psychotherapy. Another advantage of coding is its relative short-term. For example, certain types of psychotherapy, such as psychoanalysis, can take years, while coding is designed for a limited number of sessions. Of course, one should not expect to get rid of overeating in one session, but usually no more than ten procedures are conducted within the framework of the main course. That's why, despite the fact that the cost of one session of coding can be higher than the cost of a psychotherapeutic consultation, they need less, and, accordingly, you spend less money on fighting excess weight. Coding does not require you to make radical changes in your way of life: you can continue to go to work, communicate with friends, do household chores - the desire for change after the course will come from you, which means the relative painlessness of changes in your life. You probably change your eating habits, but this will not be the result of tight restrictions, but, most likely, the consequence of some restructuring in your mind. Coding is an additional help to those resources of self-control and self-control that a person already has. Thanks to this procedure, it becomes easier for a patient to change unhealthy behavior and develop useful habits. This is why coding is actively used in the treatment of all forms of dependent behavior.

However, coding is not a panacea, otherwisehumanity would long ago eradicate all problems related to alcohol, drugs, smoking, excess weight, gambling, etc. ... It has a number of shortcomings, which in many cases outweigh its merits. The most important disadvantage of coding is that it does not eliminate the cause of dependence - it places restrictions on manifestations of harmful eating habits, but does not affect their source in any way. In many cases, it becomes much more difficult for a person to live, because he was deprived of a favorite way of dealing with stress and avoiding life's difficulties. He stares with hungry eyes at all harmful foods, but can not eat them, and this is a source of additional negative experiences. Such a person becomes like a tiger in a cage, which only does what it expects to be able to break free and start all the heavy food fantasies. That is why when building the right strategy for working with food disorders, coding is one of the initial stages and is always combined with psychotherapy. Another important disadvantage of coding from excess weight is its effect on the subconscious, which, as you know, is a piece of thin and poorly studied. That is why the slightest defects in the procedure of hypnotic exposure can later come out with very unpleasant consequences: the lack of effect in the lightest version and headaches, amnesia and depression in the severe. For example, in cases where coding is based on the formation of fear or aversion, acute attacks of these negative feelings can occur in the patient only when approaching any harmful products - hamburgers and chips. But one of your close people can love them very much, which will create significant hindrances in your communication with him! Encoding from excess weight has another unpleasant feature. In situations where the suggestion concerns the prohibition on the abuse of alcohol, drugs or cigarettes, everything is clear - they are simply crossed out of life, and the person quietly exists without them. But what about the food? The ban will concern some specific products or some type of food? After all, a person can not be forbidden to eat at all! All these questions need to be clarified by the doctor-psychotherapist before the coding procedure. The extensive list of contraindications also speaks of the shortcomings of the coding procedure: craniocerebral trauma, neurological and mental diseases, cardiovascular diseases, hepatic and renal insufficiency, previous diseases, pregnancy and many others. However, some doctors, whose encoding is put on stream, inattentively refer to the individual characteristics of the patient, which may lead to the already described negative consequences: headaches, neuroses, insomnia, depression. We should not forget that coding, as a rule, has a limited period of validity - a month, six months, a year, two or three years. After its completion, the procedure must be repeated again, otherwise there is a risk of a breakdown, as a result of which the kilograms dropped during the abstinence from fatty and sweet food will return, and even in a double size. So, hopefully, it became clear to you that encoding is a double-edged sword. It has its own indications and contraindications, advantages and disadvantages, because this is not a magic remedy for all ailments, but quite a specific therapeutic procedure. It can be an excellent salvation for those who have weak willpower, but it is necessary to think carefully all the pros and cons before letting an absolutely stranger into their consciousness. We advise you to read:

How to forget the man who left you

How to forget the former guy: heal a broken heart

How to overcome fear: do not let anxiety grow into phobia

Sources of inspiration: where to draw enthusiasm?