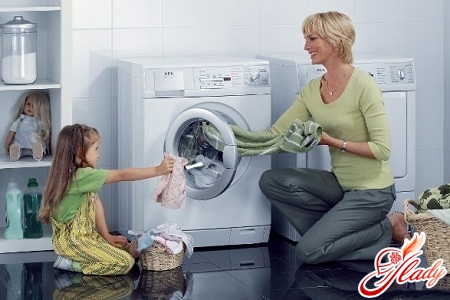 Everyone saw the advertisement, where the master who came to repairwashing machine, ruthlessly sawn it and takes out for public inspection a heating element, densely covered with flakes of scale. And then, as a panacea for adversity, a descaling agent appears on the screen close-up, which is strongly recommended to be added at each wash. But the master does not warn that the price of the product is such that the money spent on it for a couple of years will allow you to buy a new washing machine. Nor does the master tell you how this tool works. But if you carefully read the composition of the package, it becomes clear that the main component is acid, which reacts with the salts that make up the scale. It turns out that any means of scale will replace the cleaning of the washing machine with citric acid. Before talking about how this method works, let's try to figure out what scum is and where it comes from. There is such a characteristic of water as its rigidity - a set of physical and chemical properties of water, which are associated with the content of dissolved in it the salts of alkali metals - magnesium and calcium. And the more these salts in the water, the higher the coefficient of its hardness. And the worse for a washing machine. Because when heating water with TENH, these salts are split into carbon dioxide and a precipitate, which is a scale. Manufacturers advertise washing powders, which prevent the formation of calcareous deposits. These powders soften the water, since they contain an acid in their composition. It is during washing that it reacts with the scum and dissolves it. Cleaning the washing machine from scale with citric acid is an effective way to clean the heating elements from scale. Cleaning occurs when the machine is idling with cleaning agents. This method is much cheaper, but at the same time no less effective. To clean the washing machine with citric acid is very simple: pour two hundred grams of citric acid into the laundry tank and put the main wash program, including the maximum temperature. When the machine is operating in this mode, citric acid cleans not only the heating element, but also the surfaces of the drum and tank. Citric acid, entering with a scum in a chemical reaction, dissolves salts, and the heating element is cleaned. For greater effect, you can add there also two hundred grams of bleach (whiteness). In this case, it is advisable to open all the windows in the apartment for the duration of the machine to ensure good ventilation. Because there is a rapid release of caustic chlorine vapor, which irritates the mucous and respiratory tract. But after such cleaning your car will shine with an original sparkle, and the linen, which you will then wash in your car, will not get washed and get a greyish shade. This procedure experts recommend to repeat every two months. The only "but": acid not only destroys the lime scale, but also corrodes gradually the rubber parts of the washing machine.

You can clean the washing machine and otherways. The physical method is based on the use of different water softeners. As such softeners, it is possible to use filters-softeners and water converters installed on a water pipe. The magnetic softener is designed to remove magnesium and calcium salts from the water, thereby preventing the appearance of scale on the walls of the tank and TENe. Magnetic softeners split the molecules of these salts by the action of strong magnets. When heating the water treated in this way, no scaling occurs. The disadvantage of this method can be considered its relative high cost. But the advantages of this method outweigh this disadvantage. The method is simple and convenient - after all, having installed a water softener in your home, you will forget about the problems that lead to hard water for a long time. Another means for water softening is a mechanical cleaning filter with a replaceable cartridge, which is also called a sedimentary water filter. It serves to purify water from various impurities: rust, sand and so on. This prevents the clogging of pipes, wear of sanitary equipment, breakdown of household appliances. The degree of formation on the heating element of the scale depends directly on the degree of heating of the water. This is taken into account by the manufacturers of washing machines. Therefore, new washing programs are being developed, which operate at a temperature of 40-50 ° C. In addition, such programs serve not only to prevent the formation of scale on heating elements, but also to save electricity. The durability of the heater depends directly on the load with which the washing machine operates. When washing the old old clothes, heating elements build up with scum much faster. This is because the smallest particles of tissue create a favorable soil for calcareous deposits. In addition, many falsified washing powders appeared on the market, which harm not only the heating element, but the entire washing machine as a whole. If you want to save money on repairing the washing machine, and at the same time on electricity, choose the modes for washing things with minimal optimal heating temperatures. Use certified detergent and softener filters. 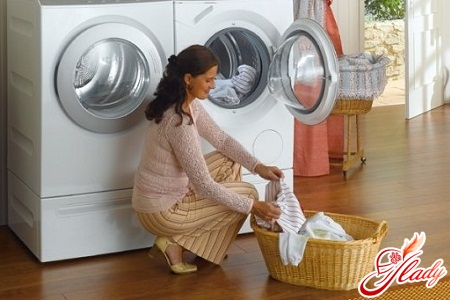 Fungus and mold in the washing machine

Black fungus and mold in the washing machine -A serious problem, and you need to get rid of it. At the first signs of mold in the washing machine, wipe the entire inner surface with a solution of soda. To do this, stir a glass of soda in a glass of water. If this remedy did not help, try using household chemicals. Add to the machine any detergent chlorine-containing substance and put the boiling mode on for half an hour. As a rule, chlorine helps to remove fungal spores. You can use vitriol for these purposes. If none of the tools has helped, you need to replace the elements of the washing machine, affected by the fungus, to prevent its spread throughout the unit. You can do it in specialized workshops.

Care of the washing machine

Washing machines should not only be cleaned fromscale, but also to look after all its parts. One of the most common problems is the clogging of the mesh through which water is fed into the machine. To eliminate it, turn off the water supply to the washing machine, disconnect the supply hose and clean the mesh with a brush. Then assemble the structure back, carefully monitoring the correct installation of the hose and mesh. Clean the drain pump regularly. It is littered with small foreign objects - feathers, nap, etc. When loading laundry in a washing machine, be sure to remove any garbage from your pockets, and feathers and fluff from duvet covers and pillowcases. If clogging the drain pump, clean it immediately. For these purposes, there is a hole in the machine housing for cleaning the pump. Clean it after you have finished washing and draining the machine. External cleaning of the washing machine is carried out with a soap solution or any other soft means. Do not ever use solvents, chlorine-containing chemicals, abrasive powders for these purposes. With the soft substances, the housing of your washing machine and its control panel can be kept in perfect condition. After cleaning the machine of scale, dirt, rust and dust, wipe the surface with a soft cloth. With proper care your washing machine will last you a very long time and you will not have to make expensive repairs. We advise you to read:

Carpet cleaning: with removal and at home

How to choose a laptop?

How to wash blinds?

Where to put old things?