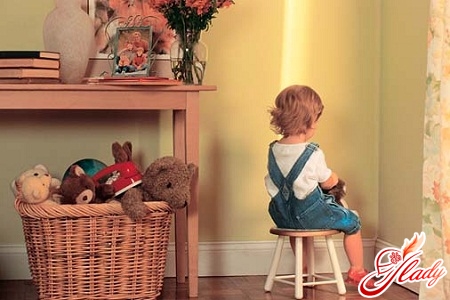 Very often children's psychologists and teachers hearfrom parents a very common question: the child does not obey what to do? It would seem that this problem exists as much as there are parents and children - that is, always. And at first glance, it may seem that for such a long period of time the scheme of raising a child should be honed to trifles, and must be passed on from generation to generation. However, in practice it turns out not at all - and this is not surprising. After all, time does not stand still, not only parents, but also children, the way of life, moral values ​​of society and many other things that in one way or another affect the course of the educational process are changing. And especially many similar changes and contradictions in our time - the world has changed very much literally in the last ten years. Very many parents are completely confused, as a result of which, in communication with the child, they can communicate uncertainly, inconsistently, without clearly indicating the boundaries of what is allowed. And it is not surprising that any child immediately feels such uncertainty of parents, and immediately try to use it to "pull the blanket over" and force parents to make parents exactly what they need. But for sure almost all parents understand that they are doing something wrong. As a result, a nervous, tense atmosphere arises - mom, dad, and child are nervous. And all other household members are unlikely to remain calm for a long time against the background of systematically unfolding battles. The outcome of such an educational process can be twofold: either parents simply simply wave at their disreputable son or daughter with a hand, giving the child completely and completely to themselves, or that, of course, it is much more reasonable, they seek help from child psychologists, or, with their absence, to professional psychologists. And not always in such situations it is a question of a teenager! Very often, parents of very young children, 5-7 years old, come to the above-mentioned specialists. And this is a rather sad tendency - because if parents can not cope with a naughty child, while he is still young, it's terrible even to think about what will happen in such a difficult transition age. That is why raising a child is extremely necessary. However, unfortunately, the ready-made recipes of the only correct action in a given situation simply does not exist. Of course, there are several basic rules and techniques, but parents should remember that all children are exclusively individual, and that which is suitable for one child will be categorically unacceptable for another. Parenting is an exclusively creative activity, and parents must acutely feel the needs of their child, like a good musician is his instrument. First, parents should have as much information as possible about their child's life - the circle of communication, desires, interests, goals. However strange it may seem, unfortunately, a large number of parents have no idea what their children are living. And there is nothing surprising in the fact that it is very difficult to find a common language with the child - in fact in such a situation parents have virtually no common points of contact with their child. So where does the understanding come from? And if the parents want to establish relationships with their children, have sufficient influence on them, they should be prepared to work hard to have a lot. And shift the process to the shoulders of psychologists and educators will not work either - after all, parents should establish relationships, establish contact and direct the actions and actions of the child in the right direction.

So why do conflicts arise?

Very often those parents who for some reasonreasons lost contact and understanding with their child, ask themselves and others the same question - why did this happen? Where did they make a critical mistake, after which the inevitable breakdown began? Of course, in each family these reasons are their own, however, children's psychologists identify several main reasons that somehow influence this process. These reasons include:

One of the most frequent culprits of conflictsgenerations is the elementary struggle of parents for the right to play the first violin in the life of the family. As a rule, children are very much going through conflicts between mom and dad. However very soon they begin to see in these conflicts the possibility to deviate from the rules, not to obey, or even manipulate parents at all. Very many parents, rightly believing that any conflicts are not for the children's ears, find out the relationship without the presence of the child. However, it would be naive to believe that the child will remain completely ignorant - the children are very good and sensitive psychologists, and they will understand very quickly what's what.

Another model of family relations, whichmeets very often - this is an unconditional submission to the desires of the younger members of the family, and the organization of the family way, taking into account only the children's needs. However, psychologists like these parents are advised to stop as soon as possible and reconsider their views on life. Of course, it goes without saying that the main meaning of life for almost all parents is their children. But you should not forget about yourself either, because with the birth of a child your life does not end, but only becomes more saturated. And there is nothing wrong with the fact that your children will spend a month in the village with their grandmother, not in a camp in hot countries. But you can finally after all these years let yourself escape to rest to the sea. And if the whole life of the family only revolves around children, then very soon children will acquire such unpleasant qualities as laziness, selfishness, total irresponsibility and other "delights." And parents should always remember that the child will sooner or later grow up. And he will - forcibly have to live in a society of people for whom your child will be just a member of the society, but not just an outstanding personality, as he is for you. And think for yourself, how will your selfish child feel, who is used to the fact that all his whims are fulfilled immediately, as if by magic? Of course, there are a lot of other causes of conflict between children and parents. However, all of them, as a rule, are based on these two main mistakes of the parents. Family and child psychologists recommend, before the beginning of the solution of the problem, to objectively and impartially assess and identify all those mistakes that parents make in communicating with their children. 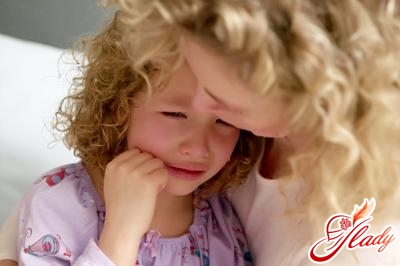 Who is to blame and what to do?

There is another critical error thatmost often it is the mothers with regard to the daughters. They want to become true friends. Of course, this desire is worthy of respect and praise. However, in no case must we forget that a girlfriend may need to be around when she is a teenager, and the baby needs a mother. And, in fact, even a teenager should remember that the mother is primarily a mother. And therefore, in no case should we allow a familiarity in relation to ourselves. Affection and tenderness do not necessarily have to go hand in hand with familiarity. A child simply needs a strong parental arm, help and support, otherwise its harmonious development is simply impossible.

Also, when talking about what to do if the child does notobeys, one can not help but talk about such an important instrument of upbringing as praise. Almost always, parents praise the child only for their academic success, thereby focusing only on their academic success. Of course, good academic performance is extremely important. But it is not the only value. The child should also be praised for his other qualities - for his responsiveness, ingenuity, kindness, patience, tact. Such praise will focus the child on the development of those qualities that will be useful to him in adulthood. And most importantly, what parents should remember: your best advice in raising a child should be your love. And you do not begin to ask the question: the child is naughty, the hysterical does not obey what to do? You will not be confused, and you will already know exactly what to do if the child does not obey. We advise you to read:

Some features of clothes for kids

The child goes to the kindergarten

The daily routine in the kindergarten

In which school to give the child

Birth certificate of the child to receive